Montreal four-piece Winona Forever self-produce their songs and describe themselves as crewneck enthusiast-winos. ‘Gazing’ is their latest release taken from album FeelGood due out in June - we caught up with them to find out more about their music.

‘Gazing’ is a celebration of dancing alone in your room to your favourite music.

First up, tell us bit about yourselves - what led you teaming up as Winona Forever?
The project started as a recording project between drummer Alex Bingham and guitarist Rowan W-s.

Who do your take inspiration from?
Winona Ryder, and a theme of band names in Vancouver at the time.

Why the name ‘Winona Forever’?
“Winona Forever” (now “wino forever”) is a tattoo that Johnny Depp had at the time of his and Winona Ryder’s relationship. It was a simple/silly name that stuck.

How would you describe your musical style?
Punchy! Groovy!

If you could collaborate with any living artist or band, who would you choose?
Paul McCartney. 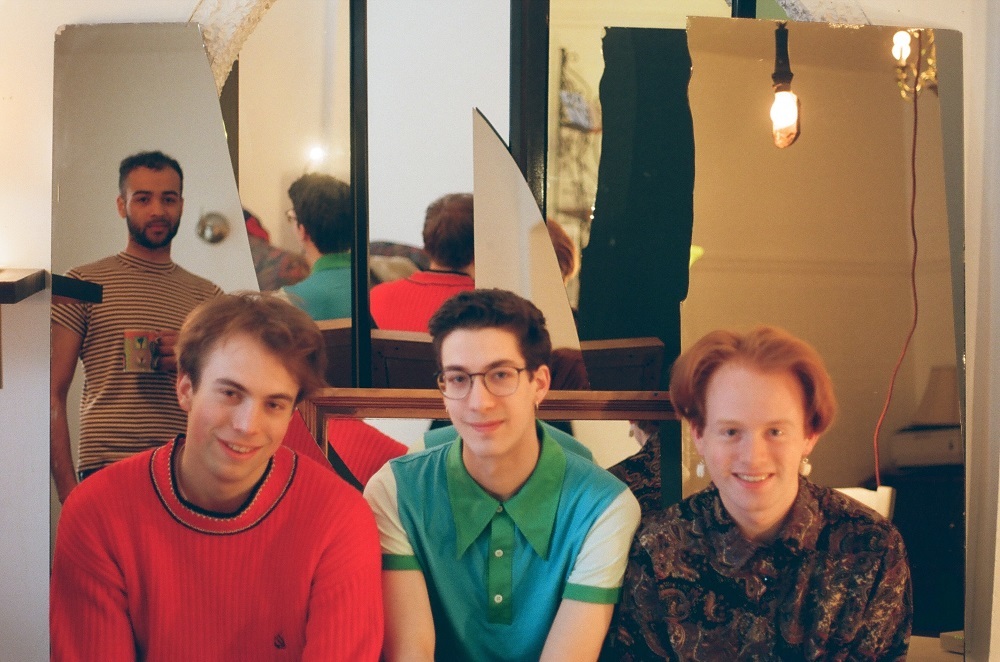 Tell us about your new single ‘Gazing’, what’s it about?
It’s a celebration of dancing alone in your room to your favourite music. A simple subject matter that came into song form rather spontaneously.

When did you write ‘Gazing’, and where did you record it?
‘Gazing’ was written in February 2018 in guitarist Ben’s bedroom. The band did various instrumentation in multiple home studios over the following year prior to release.

How does ‘Gazing’ build on your style?
Similar to ‘Keep Kool’, the lyrical themes are both heartfelt and somewhat goofy. We went for a punchy production quality, with moments of minimalism and layered sections flowing together naturally.

What are your hopes for ‘Gazing’?
We’re so excited by the response to our music and want to keep being consistent with what we’re releasing. ‘Gazing’ is the final single off our upcoming album, so we really just want to keep anticipation up for that.

‘Gazing’ is taken from your forthcoming album FeelGood. Can you tell us about the other tracks on the album? What are its themes?
Yes! Although Spotify is insisting on spelling it “Feelgood”. It’s a 10 track album that has more than a handful of love songs.

What other plans do you have for the year?
Planning to tour this release quite a bit! Canadian dates TBA in June and US in late August.

Finally, if you could go back in time and give yourselves one piece of advice, when would it be and what would you say?
Don’t take so long on the details of the recordings! Aha.

Listen to ‘Gazing’ on SoundCloud below. For news and tour dates go to the Winona Forever Facebook page.