Klaus Waldeck recently celebrated the 10th anniversary of his pioneering electro swing album Ballroom Stories - now he’s releasing closely-related follow-up Atlantic Ballroom on his label Dope Noir Records. We caught up with Klaus to find out more about intervening years and what to expect from his latest album.

I have been influenced by club music, but also by jazz, blues, and swing. Some of the tracks on my new album sound a bit ‘James Bondish’, which probably is to say that they have a cinematographic side to it.

First up, tell us a bit about yourself - what first got you into music?
When I was at the age of four, I always wanted to become either a great conductor (practicing to classical music my father used to listen to on his record player) or a violinist. My mother insisted I should learn piano first, hoping I would forget about my initial plan, which anybody who ever listened to a beginner practicing the violin will probably understand.

**Were there any particular bands or artists you took inspiration from? **
Well, of course, there have been many… For instance, up until the age of 10-12, I liked the Beatles a lot, later I listened to the psychedelic rock group King Crimson and stuff like Roxy Music. Then came some jazz and later the early trip-hop bands such as Portishead and Massive Attack. But obviously, also film composers like Henry Mancini or the Italian composer Ennio Morricone inspired me a lot.

How would you describe your style?
That is a difficult one… Coming from downtempo electronic music in the mid-1990s I steadily moved towards something that can maybe be described as a more semi-electronic sound. I have been influenced by club music, but also by jazz, blues, and swing. Some of the tracks on my new album sound a bit ‘James Bondish’, which probably is to say that they have a cinematographic side to it.

If you could collaborate with any living artist, who would it be?
You should have asked me a couple of years ago… it would have been Cesaria Evora.

Among your most well-known songs are perhaps ‘Make My Day’ and Memories‘ both from your Ballroom Stories album. How has your music evolved since then via your ‘Spaghetti & Western’ album Gran Paradiso?
Ballroom Stories has been listed in Wikipedia as one of the prototype albums of the electro swing movement. When I released it in 2007 the term ‘electro swing’ had not been invented yet. So, for me, it is an honor to be considered a key figure of that particular genre. However, I never considered Ballroom Stories as strictly speaking ‘electro-swing’, because there are a lot of other musical styles on it, such as tango, dub or blues. And also, it became clear to me that my audience expected more of the same type of music, which blocked my creativity because I was trying to make a follow up in the same style, only better…

That, of course, turned out to be a dead end street and I got stuck somehow. So I was looking for a way out of that dilemma. Since I had a couple of Italian tracks recorded by then, I thought that I could sidetrack the public and release something unexpected and my audience would happily follow.

Well, I certainly succeeded in part one of my plan (i.e. unexpected), but unfortunately the electro swing crowd would not have any of it. However, I still think that Gran Paradiso is a great album…

Anyway, to make a long story short, with Atlantic Ballroom I was free again and my main focus was to concentrate on a good track listing as opposed to a coherent style. The irony is that by trying to achieve that, I somehow ended up with a very coherent album. The tracklisting took me seven weeks and a lot of songs did not make it into the final track listing. It is a process that is very painful because it is similar to abandon children that you have raised and nourished. 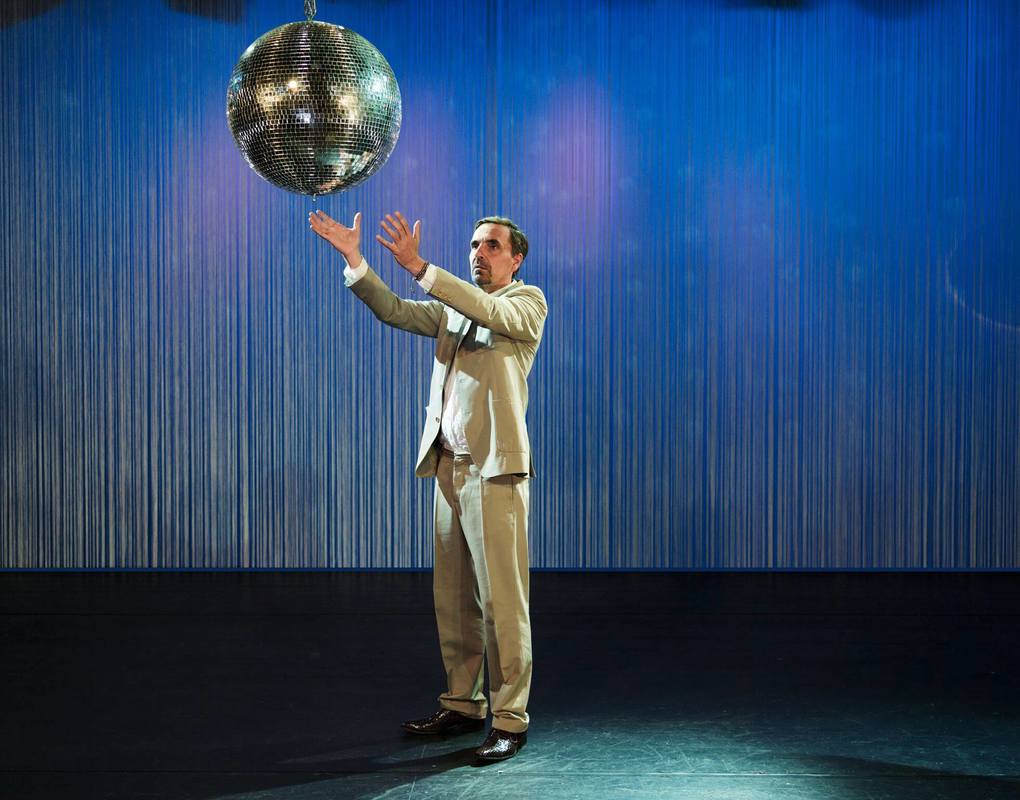 Tell us about your new album Atlantic Ballroom. What’s the name about and what are its themes?
As one would guess the “ballroom“ is a link to my successful Ballroom Stories. Why “Atlantic”? I had an image in my mind relating to Paris in the early 1960s, where many jazz musicians from the east coast of the USA have been around. I am looking at this era with some kind of nostalgic filter.

It certainly was a time where post-war Europe looked to America, but also a lot of American jazz musicians made it big in Europe. Ironically, it seems that the transatlantic friendship - as we used to know it - has been irreversibly damaged by the latest political developments.

When did you write it and where did you record it?
I wrote most of the songs during the last five years, and I recorded all of them in my studio in Vienna.

How does ‘Atlantic Ballroom’ build on your style?
On this album, I have worked with at least 20 jazz musicians, so the electronic part although still present is quite reduced. As I said, some beats and grooves are influenced by club music. Atlantic Ballroom is inspired by great composers such as Henry Mancini, John Barry, Lalo Schiffrin to name a few. There are some bits of swing, but mostly it is jazz and blues influenced.

Can you talk us through each song?
‘Rough Landing’: first song recorded with my new singer Patrizia Ferrara.

‘Uno, Dos… Heisenberg’: song has some dark edge to it, 60s boss with a jazzy touch… reminds a bit of the Star Trek signature hence the reference to the German rocket physicist Mr. Heisenberg.

‘Stay Put’: inspired by the great Fats Waller is my secret number one.

‘Never Let You Go’: has some french vibe.

‘Illusions’: You crave for more than has been put on your table.

‘Quando’: A lovely piece, where Patrizia, who is half Sicilian, sings in Italian.

‘Bring My Baby Back Home’: featuring Big John Whitfield, could be the black Paolo Conte.

‘Waltz for Nathalie’: the favorite track of our Canadian neighbours in Vienna, who had to go back to Canada. I miss the late night music session on the kitchen radio.

Listen to the album at Juno Records:

Patrizia Ferrara is your current main singer, how did you meet and what was so significant about her?
I met her when singer Heidi, who had sung on my Gran Paradiso album - all of a sudden disappeared a couple of days before the live premiere of that album. I had to find someone who could take over Heidi´s part, not an easy task since I needed a native Italian singer who would be willing to step in and help out literally at the last moment. Luckily my bass player knew Patrizia Ferrara from a gig he did with her two years ago and remembered her to have sung one song in Italian.

Patrizia not only did well with our Italian program, which she needed to learn within just two days, she also turned out to be the perfect match for the jazz and swing songs of Ballroom Stories. So after having finished a live tour in Austria with her, we immediately began to start writing tracks together.

What are your hopes for ‘Atlantic Ballroom‘?
I hope the best, It would be lovely to get a European tour together in 2019.

Where can we see you live in the remainder of 2018?
In Hungary at a festival near Lake Balaton.

Finally, if you could go back in time and give yourself one piece of advice, when would you go back to and what would you say?
I should not have signed a contract with a major company back in 2001. Luckily I got out and founded my own record label Dope Noir Records

Watch the video for ‘Never Let You Go’ on YouTube below. For news and tour dates go to waldeck.at.