The Woods is composer, vocalist, multi-instrumentalist and loop artist Johnny McFadzean. At 10, he toured had the planet and sung twice at the Sydney Opera House, as well as singing on a BBC Christmas broadcast. His debut release as The Woods was in 2015, and now he’s giving us the sound of The Woods 2.0 with new EP Night Silk Threads. We found out more.

Music is my solace.

First up, tell us bit about yourself - what first got you into music?
To get out of a maths class at primary school my mate and I volunteered to sing in a local music competition. I sang ‘The Duck & The Kangaroo’ - epic tune. A bit weirdly given that this was in rural Scotland, this led to a scholarship to a pretty famous choir in Cambridge where I sang around the world and on TV.

Then, at uni in Aberdeen, I spent an inordinate amount of time in record shops discovering leftfield hip hop, jazz and electronic music so became a bit obsessed. Been spending the last couple of years working out how to produce the sounds going round in my head & I’ve come to realise that all these things probably factor a bit in my music, which is cool.

Were there any particular bands or artists you took inspiration from?
On the mainstream side I’ve always loved bands like Radiohead & Massive Attack, how they evolve and morph, but always creating sounds that hook for your ear. I like the idea of creating quietly epic music, so the tunes of artists like the Silent Poets, Loyle Carner & Cinematic Orchestra really stick in my head.

I heard someone recently criticising music for being overly earnest, but to me music’s a serious business and I enjoy listening to an artist’s expression of sincerity.

How would you describe your musical style?
Generally chilled ethereal ghost electronica.

Why ‘The Woods’?
Partly because no-one can ever spell my surname, and partly because I was reading a lot of Emerson and Thoreaux when I decided to make music my life. They talk a lot about the importance & restorative powers of nature & the woods - ‘in the woods is eternal youth’. Music is my solace.

I get pretty nervous before a gig, but when I’m playing everything else in my mind disappears.

If you could collaborate with any living artist, who would it be?
Being a bit of a hip-hop nut probably a really flowing lyrical rapper like Ursula Rucker, NoName or Ghostpoet- whoever’s available ha! Mmmm, I can hear it already (I’ve got a couple of collabs with rappers coming up that I’m really stoked about).

I’ve also come to realise that a load of music I love just now has been touched by Maxwell Owin (Oscar Jerome / Nubiya Garcia / Joe Armon-Jones), so would be great to bounce my music off him! 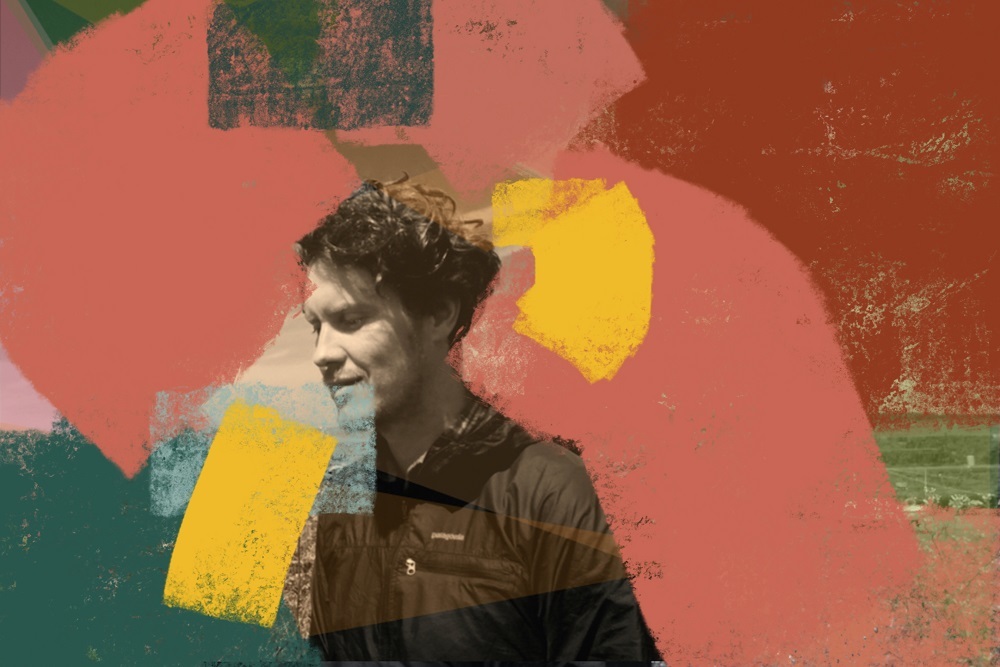 Tell us about your new EP, Night Silk Threads. What’s it about, what are its themes?
It’s about the subtle tensions that connect and affect people, sometimes unnoticed, sometimes deeply felt. The connections between people that knock us down and how we defy or take it; the little things that build between people to make a ‘relationship’; the effects of unwelcome advice; the way a place or time connects strangers like little linked threads weaving us together.

When did you write it and where did you record it?
The tunes are mostly written in the past year or two, and were recorded at home in Muswell Hill, London, and also bits in Galloway in Scotland, where I’m originally from.

The Rhodes piano in ‘Starstruck’ was from a wee session I did with Tony Nwachukwu at Secret Sundaze Studio in Hackney - man they have some great gear! Feel really blessed that the EP was mixed and guided by Tony and mastered by Shuta Shinoda.

How does Night Silk Threads represent your style?
The EP is the first I’ve produced myself and think the mix of glitched beats, layered instrumentation and floating vocals is definitely representative of the sounds in my head. I like music and lyrics to take you on wee trip, and really enjoy how the EP does this.

Can you talk us through each track?
1. ‘Stand Down’ - This beat was a self-sample made by playing a classical guitar and cutting it up. Vocally the track alternates the almost indistinguishable phrases “take a stand” and “take us down.” How thin the line is between defeat and defiance.

What are your hopes for ‘Night Silk Threads’?
Hopes for the EP are either world domination, or to just find happiness and live in a hut in the wilds somewhere.

What can you tell us about your plans for the rest of 2019?
I’m planning another EP or 2 for release this year, and working on some music for a film which is really fun. Along with some more gigs and festivals, the rest of the year should be pretty exciting.

Finally, if you could go back in time and give yourself one piece of advice, when would it be and what would you say?
Stop worrying and get on with it. Oh yeah, and eat olives, they’re actually really tasty.

Listen to Night Silk Threads on SoundCloud below. For news and tour dates go to The Woods’ Facebook page.