I Don’t Know, Episode 1 is the culmination of a fantastic, emotional journey toward our official birth and inception. 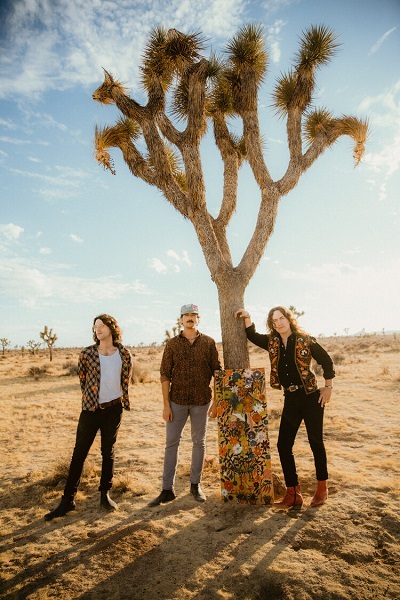 First up, tell us a bit about yourselves - who are The Strayngers, and what were you doing before making music together?
The Strayngers, in the shortest way I can try to sum us up,—are three people with the purest of passions for music who found a lot of common ground in each other, and just love making music together. I know we have all been pursuing music since we were kids, and the different avenues we took to get there have helped compliment ourselves so well.

Sergio studied at the renowned Berklee school of music, Jesse lived abroad in Cuba studying bass and soaking in the vibrant musical environment there, and me? Well I couldn’t make it through college, because about junior year I started developing an uncontrollable obsession with songwriting, and after discovering my true love it was safe to say my relationship with business school was over, so we had to swiftly break up… sorry mom!

Who did you take inspiration from?
Being in Los Angeles, we have tons of friends who are creating such cool art constantly, in music and every type of medium imaginable. It’s inspiring and pushes you to be your best. A city like LA is great to be in for stuff like that.

Why the name ‘Strayngers’, what do you stand for?
The Strayngers as a name represents some of both my own philosophies, and sense of humor. I have always been fascinated by, and related to, the abstract concept of a stranger. So when it came time to choose the moniker that would represent me, I wanted something with a bit of humor and personal meaning in regard to my music and how I felt it clashed with modern pop music and the industry.

Therefore, in being a “stranger” to the modern machine of music, and in “straying” from a mindset of trying to appease their inside the box pursuit, the word “Straynger” popped into my mind and it felt perfect.

How would you describe your musical style?
I like to call it “lucid dream pop”, because it seems to gravitate toward ethereal dreaminess, but maintains grounded rhythms and melodies — like a lucid dream where you are much more in control than a regular dream, but your experience is still shrouded in a haze of mystery and the whole thing is just a bit psychedelic. 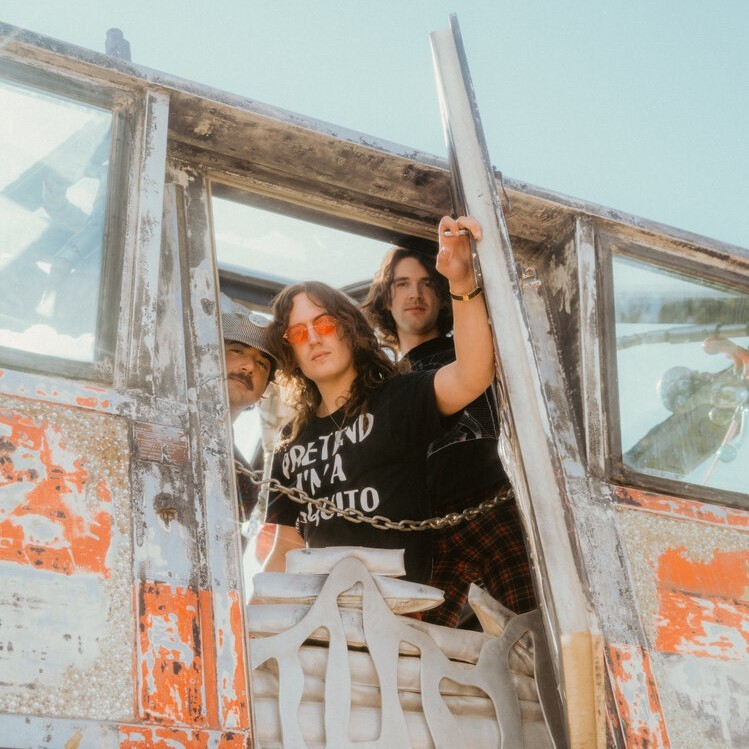 If you could collaborate with any living artist, who would you love to work with?
I will say mine, but first lemme guess for my mates’ instead of asking them, because that will be more fun. For Sergio… I would guess David Gilmour, and for Jesse I would say Gerard Way. For myself — I would have to go with Julian Casablancas. His knack for melody is uncanny and out of this world—he’s like an arcane alien that I would love to probe… musically.

Tell us about your new album I Don’t Know, Episode 1. What’s it about?
These songs were written during a period of my life when “I don’t know” was a key reoccurring phrase literally and symbolically. It encapsulates everything I was going through, including disillusionment and dropping out of college, when I would talk to classmates in business school and ask them what they wanted to do and they would respond “I don’t know”.

Or me going through a period of overwhelming depression during that time because, when I returned to my little studio apartment after winter break, my longtime best friend and roommate had abandoned me and our lease because he didn’t want to pay rent—leaving me to figure it all out on my own, with no viable recourse to recover all that extra money I was gonna have to pay.

The betrayal and debt, the loneliness, they all took a toll on me and my escape was in crafting songs. All of the negativity forged my appetite for escapism in my music. I couldn’t help wanting to try to create things that, even if the topics dealt with worldly experiences, they had some beauty or amusing disposition about them that were above the callous cruelty this world can throw our way. 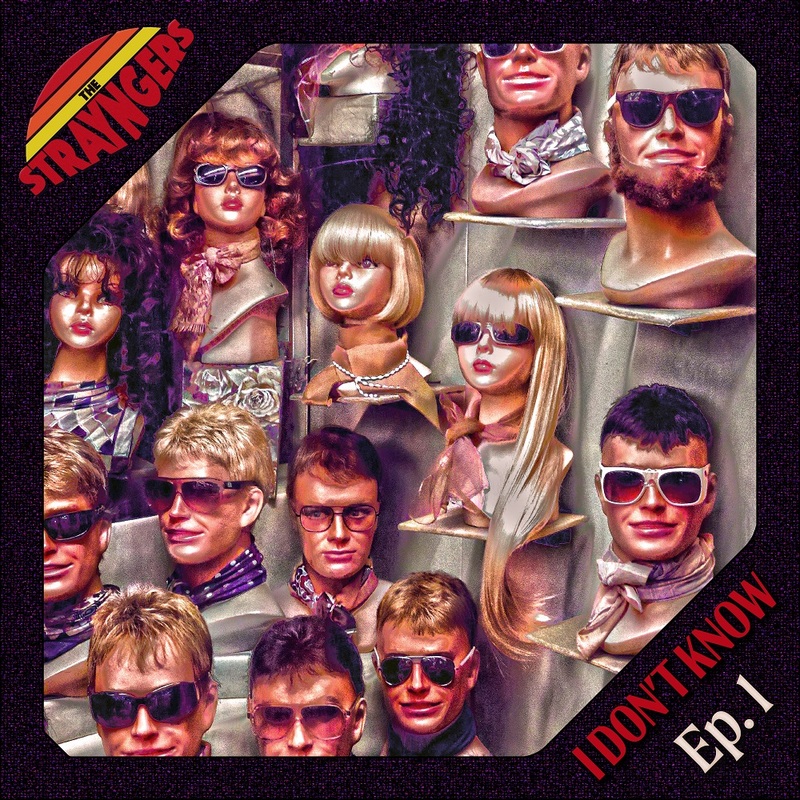 When did you write it and where did you record it?
This was recorded DIY, at Sergio’s home studio. We had been through a number of other recording experiences with talented people in professional environments that were awesome and great learning experiences, but it just didn’t quite work out sonically, so, believing in ourselves and knowing what we were capable of, we hunkered down and really took our time to get every piece of the puzzle sounding right.

Big time shoutouts to Adam Ponce for his virtuosic drumming, Jorge Elbrecht for his wizardly mixing and Joe Carra for his masterful mastering; they immensely helped us achieve the sound we had been striving for on this record.

How does I Don’t Know, Episode 1 represent you?
It’s the culmination of a fantastic, emotional journey toward our official birth and inception. We can’t wait to meet the world with something we are so proud to have created!

Can you talk us through each song?
I really do believe one of the most beautifully mysterious things about music is each listener’s ability to find their own meaning in a song. I can’t quite explain it, but I truly feel like the songs came to me more than I came to them, and in those moments I interpreted each one the best I could. I want to give listeners that opportunity to interpret as well.

What are your other plans for what’s fast becoming a crazy year?
I want to create art however I possibly can. More collaboration, more music, more videos. Having fun but constantly pushing ourselves to progress as artists.

Finally, if you could go back in time and give yourselves one piece of advice, when would it be and what would you say?
Never allow anyone to not allow you to be yourself. Trust your gut, always—you’ll still make mistakes, but you’ll have much more regret for the mistakes you made by not believing in yourself.

Listen to I Don’t Know, Ep 1 on Spotify below. For the latest, visit thestrayngers.com.