2016 - a new year! What is your goal?
2016 is shaping up to be very exciting for us, we have been working very hard behind the scenes and we can’t wait to start sharing our hard work with everyone. Our main goals this year are to get new music out there, release our second album (with EP hitting in the spring before the album), tour the UK/Ireland as well as make moves toward US and Europe. Really just to get our music out to as many people as possible.

Did you make any new year’s resolutions?
My new years resolutions were all music based, where I set myself targets to reach for the year. The main one is to release a great album that everyone in the band can be proud of, something that will hopefully take the band to the next level. On a personal level, I made a resolution to get rid of all the negative people and users from my life.

What was the biggest lesson you learnt in 2015?
Don’t wait on anybody because they won’t wait on you.

What was the musical highlight of 2015?
The musical highlight for us in 2015 was our the opportunity to play the Country 2 Country Festival in O2, London. It was our first time playing at the festival and it was the catalyst to so many of the great things that happened to the band last year. So to be asked back this year to play bigger stages is a big honour for us and we are excited to see what it leads to this year.

Who are you excited to hear from in 2016?
We can’t wait to hear the new Keith Urban album, the two singles released from it have been amazing so bursting to hear the rest of the album. Also, our favourite modern band, Needtobreathe new album should be something really special.

Tell us about the record you have just released…
We have just released our debut album entitled Coming Home. It’s a musically diverse record which fuses country, country rock and pop/rock together. The title ‘Coming Home’ reflects the mood of the band coming full circle and moving towards the music they wanted to make after coming from another incarnation of the band, where it could be argued that our music was trying to fit a certain mould.

The album features 10 tracks and spawned three officially released singles; “Still Coming Home To You”, “Calling You” and “City By The Sea”. Primarily, the album was designed to fall into two parts, just like the vinyl record days when Side A and Side B had slightly different vibes. In this case the first six or seven songs point the direction of the band and where its going in terms of songwriting and sound. The remaining three tracks are us tipping our hats to the past and what the band was before (ok the songs have been tweaked allot to fit the new sound). For example, the final two tracks on the album are actually two songs that link together to form a concept idea. The final track is a musically complicated seven minute track which twists and turns through many musical variations and structures which link together.

Overall the album has a heavy emphasis on crowd pleasing songs that are designed to be sung along to.

If you had to pick three artists to be filed next to, who would they be and why?
Keith Urban, Needtobreathe and Bruce Springsteen. Firstly, we would love the opportunity to emulate Springsteen’s longevity and relevance through the generations. But once thing all these artists have in common is a certain renegade quality where they are not afraid to bring in outside influences or challenge their fans. Their songs may still have mass pop appeal and they are arena selling acts, but they still have a great deal of artistic integrity. I think this is something that all artists stove for. So to be placed alongside these artists would be an honour. 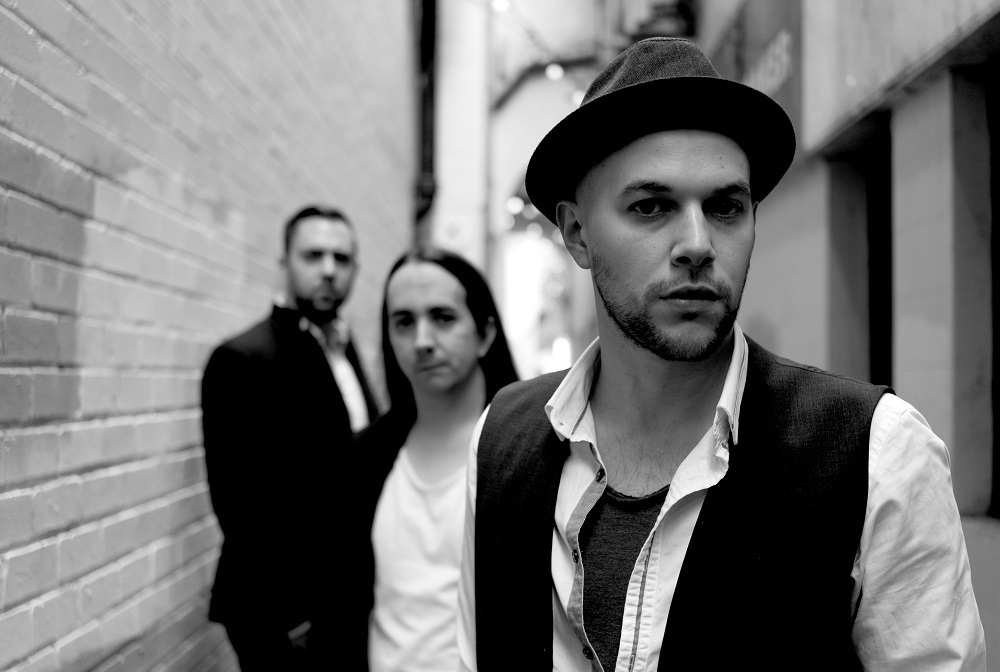 Coming Home is a musically-diverse record which fuses country, country rock and pop/rock.

What inspired the record?
Inspiration for the record came from lots of different places. Some songs are autobiographical, others may have happened to people I know or simply be a story I’m trying to tell. Likewise, I also like the idea of making a stand for what you believe in and having songs with a social conscious, thats where songs like Break The Chains come from. There’s a song on the album called “Shadows On The Wall” and its probably the heaviest song we have lyrically and a very personal story behind it. Whereas songs like “Calling You” are meant to be pretty universal, dealing with the idea of love, loss and questioning what happened. It’s an almost third dimension idea, where it’s not just the simple I love you, you love me type of song. When you add in the third dimension of I love you, you love me but your seeing someone else it becomes much more interesting.

Generally, the album is really a collection of storytelling songs picked from a much larger bunch of songs that were written for the album. There is however, several central themes that run through the album, like home and what home means to you. Be it returning to the one you love, lost love or writing the wrongs of the past. Another central theme is standing up for what you believe in and standing together as one human race and putting aside our differences.

If the record were an animal, what animal would it be?
Probably a Bird. Birds are often described as having true freedom. So I would say this represents the album due to its freedom to integrate music genres together.

If you could jam with one artist alive hasor dead, who would it be?
A tough question so many artists we admire. I think Keith Urban would result in an awesome collaboration. We are quite similar in our approach to the fusing of Country with elements of Pop, Rock and electronic influences. So it would be interesting to see what the resulting song would sound like.

A dead artist would have to be Freddie Mercury. A lifelong Queen fanatic, would’ve loved to have got the opportunity to work with him. Likewise it would be a dream to work with Brian May.

If you could have written one song by another artist, what would it be?
Fire and Rain by James Taylor. As a massive James Taylor fan its a favourite song. But even before I became a fan it was one of those songs that when I first heard it I was floored by the power of it. Covering heavy topics like his friends suicide, his own struggle to overcome drug addition and the failure of his band (The Flying Machine). The song also inspired Carole King to write ‘You’ve Got a Friend’ in response to the line “I’ve seen lonely times when I could not find a friend”.

Someone is making a film of your life, who will play you?
I would probably saw Keanu Reeves, simply because he plays guitar in real life and he also paid Ted Theodore Logan in Bill & Ted. So simply for the similar Surname in that movie it has to be him.

Lastly, tell us one thing you have never revealed in an interview…
I have written a modern musical/play entitled “Life Through A Window” that was funded by the Arts Council Of Northern Ireland. It follows the story of modern day apartment living and how peoples lives intertwine and how we interact with each other in todays technology driven world where the art of face to face conversation is fast becoming a long lost art form.

For more on The Rising visit therisingmusic.com.