The Pull of Autumn

Boston-based collective The Pull of Autumn unites members of Throwing Muses, Boyracer, Seasurfer, Orange Cake Mix, Hood and Nick Cave and the Bad Seeds. Their new album, Afterglow, will be released on Thursday, July 25th via RBM Records and we caught up with Daniel Darrow to find out more.

Don’t let those small moments slip through your fingers. Grasp things that seem beyond your reach. Never compromise anything you love.

First up, tell us about yourselves - what led you teaming up as The Pull of Autumn?
The Pull of Autumn started when one of my heroes, Luke Skyscraper James from the amazing band Fashion, responded to some of my electronic music. We began to share stems (files). Three or four songs quickly became dozens. We clicked on every level. I decided to bring in other like-minded musicians to expand on the freedom I wanted to incorporate into the music.

Why the name ‘The Pull of Autumn’?
The Pull of Autumn came from a song from one of my favorite bands ever epic45. My late, lovely wife adopted the phrase as we live in New England. As the trees became bare and darkness came earlier, she would always say it’s the pull of autumn. It’s a special phrase to me on many levels.

How would you describe your musical style?
As far as musical style, I’d say the easiest phrase would be post-rock. It has many other elements as well. Electronic music, folk music, jazz and especially classical music has influenced my compositions. Vasks String Quartets, Tyshawn Sorey’s brilliant music.

Each player brings in their personal influences. I try to compliment their compositions and hopefully have succeeded in that.

If you could collaborate with any living artist or band, who would you choose?
If I could collaborate with any living artist I’d say Brian Eno, Tom Yorke, Ian Crause. Ian isn’t that well known, but he was in the Rough Trade band Disco Inferno. There was a brilliant moment in British post-rock with bands like Hood, Disco Inferno, Bark Psychosis, 4AD’s Insides That Slipped Through Time, unnoticed by many. Ian Crause has a mind-bending solo album that points to the future in music. Mark Hollis and Scott Walker are gone but are at the core of my music. Elizabeth Fraser is otherworldly and brilliant as well.

Tell us about your new album Afterglow, what’s it about?
Afterglow was actually started with Luke and I while we were still promoting the first Pull of Autumn album. The creativity between Luke and I is a never-ending flow. We click on every level as musicians and a great friendship has developed as we work together.

Fashion was a brilliant band as is Luke’s new band The Ghost of Luke James. His partner Eric Anderson is great and had played on ECM Recordings. It’s amazing the way Luke and I click. We’ve got a lot of other great stuff recorded! 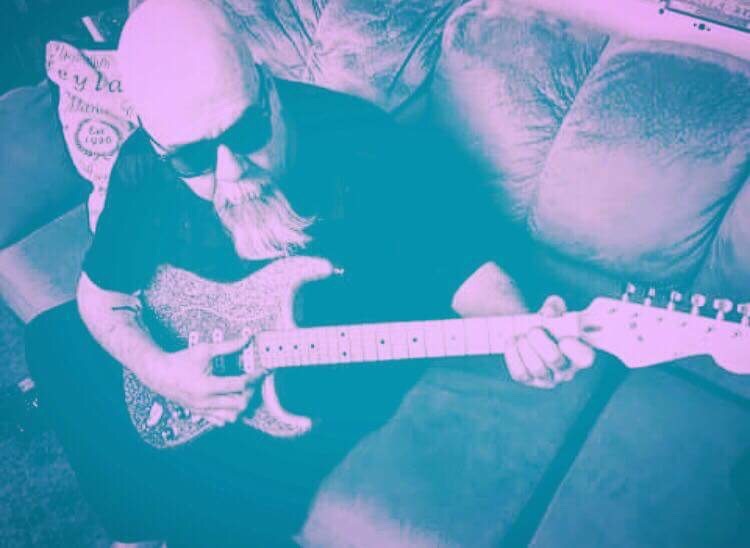 How does Afterglow represent your style?
I really cannot find words to truly represent the style of Afterglow. It just touches on so many different genres. I’d call it a place where artists feel comfortable to express their personal visions. Our style and mesh of genres is also well represented by Shameless Promotion PR, so we’re working with Shauna McLarnon on that. I can only say the experience with her has been nothing short of mind-blowing. She really can read an artists’ personal vision, even if it’s hard for us to express it in words ourselves.

I really respect her dedication to working with a special group of artists – A.R.Kane, Throwing Muses, Robin Guthrie of Cocteau Twins, etc. She is one of the few publicists who even understands artists like this. She’s an artist herself and I really think her music represents what we all do – expressing a love of art without boundaries.

Can you talk us through each song on your new album?
Track one, ‘Injure the Swallow’, is with a lovely singer Jeanne Battling. She came into my studio and just sang. It was amazing. Everything with her is one-take-only.

Track three, ‘Distance’, is with brilliant vocalist/songwriter Mina Hunt. She is from Austria and lives in England. To me she is very Bjork-like.

Track four is an orchestral movement I wrote for Luke – ‘They Went Up’. Scott Walker’s presence was felt on this tune.

Track five, ‘Haunted by the Rain’, is by a personal hero to me – Richard Vincent Adams. He was in the fantastic hood and now the declining winter. My son, Matthew, plays keyboards, Richard played guitar and vocals. I added e-bow.

Track six is a song Bruce MacLeod wrote. He’s my mate from Johanna’s House of Glamour. I added a serious left turn into the avant-garde on this one.

‘Not Coming Down’ is our first single with Luke on vocals. It is really our influenced by early Roxy Music with Eno.

The next track, ‘Crack the Red’, is from Stewart Anderson from Boyracer. Bruce added bass, I added synth and organ. Bruce and I played on Boyracer’s In Full Colour album years ago. I was trying to get a felt style into a Boyracer song.

‘Scared Ground’ is a Luke tune. I added synths and do the e-bow solo. The track equinox is from Fred Abong. I feel Fred is one of the best songwriters out there today. I hear Tim Hardin, Syd Barret and Tim Buckley in his music. I love to wrap his tunes around my string synths. It somehow fits in a brilliant way.

The track ‘Colder House’ was written again by Richard Vincent Adams. Hood had an album called ‘Cold House’. Fitting title for this tune was colder house.

Next is a cover of Felts’ ‘Stained Glass Windows’. James Rao from Orange Cake Mix is fantastic. Really a great pop songwriter.

The next tune ‘Hey America’ is Luke and I. It fits into the current climate.

The final tune, ‘Wallow’ was written by Apolonia from Germany’s Seasurfer. She had heard ‘Laurasong’ from the first album that addresses the death of my lifetime mate and band member my wife Laura. Out of the blue I received this beautiful song Apolonia wrote for me about Laura meeting me in the after life. I was blown away and this last time remains very special to me.

What are your hopes for Afterglow?
As far as hopes for afterglow I really don’t have any. It was a lot of fun to record with all these lovely artists. If someone is moved in anyway by the music I’m sure everyone who contributed on afterglow would be happy.

What other plans do you have for the year?
As far as future plays, Luke and I have recorded a great tribute song to Scott Walker. It’s called ‘The Sun is Gonna Shine (When it Shines)’. I’d like to do a 7-inch on coloured vinyl sometime next year. Luke and I continue to record and have tons of new tunes. I’ve also recorded tracks with Gary Bromley from Dif Juz. Hopefully next year it will see the light of day!

Listen to ‘Vanishing Spell’ on YouTube below. For news and tour dates, visit the The Pull of Autumn Facebook page. Order the album at Bandcamp.