The Passing Sages is a six-piece pop act from Fife, Scotland. They released their debut single, (Your Love Makes Me) Happy in May 2019 which was followed up by ‘Destiny’ in January. At the end of the month, their debut EP Burnin’ Up will be released - we caught up with them to find out more.

The key themes of the Burnin’ Up EP are positivity, energy and love.

Daniel was and still is a member of a wedding band called The Freeholds. Holly was doing acoustic folk music and released an EP under the name Holly Roseanna called The Candyfloss EP. Mr Clyne was a youth worker at Heart and Sound and played bass in a band called State of Truth, alongside Nic and Sean.

Nic, after getting a degree in popular Music, played in a number of bands such as Painting Rockets and the aforementioned State of Truth as well as a few wedding bands and stints at the Edinburgh Fringe. Nic is also a guitar tutor. Sean, like Nic, also got a degree in popular music and then played in the band alongside Mr Clyne and Nic. 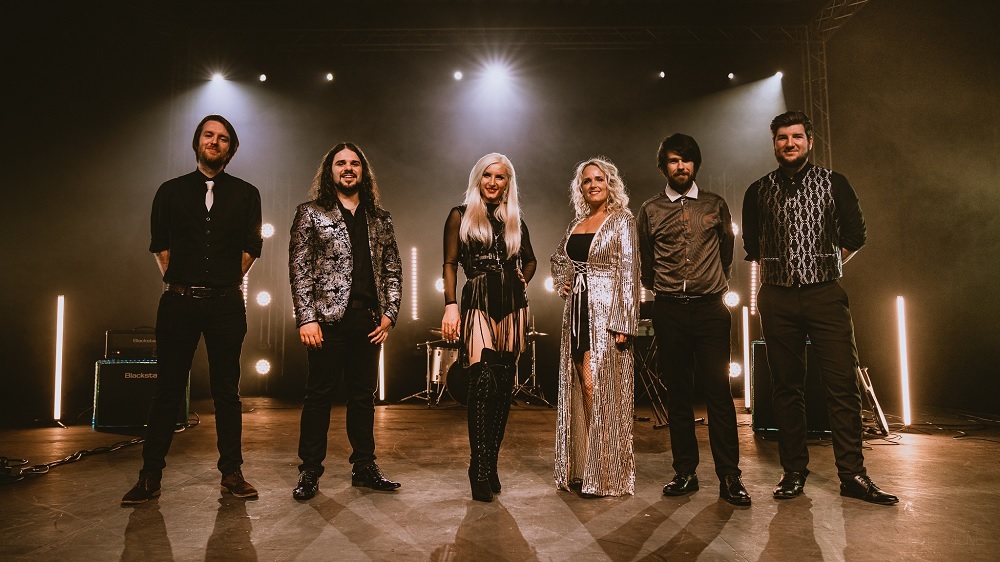 Why the name ‘The Passing Sages’, what do you stand for?
The Passing Sages started as Mr Clyne, Nic and Sean being a backing band for songwriter Glen Gates with whom the band still collaborate. Glen Gates used to tutor an Indian boy who showed him films about early Indian traditions and there were always ‘Sages’ involved in the stories. This is where Glen’s interest in ‘Sages’ began.

Sages are deep thinkers, and after intense meditation, they realise supreme truth and eternal knowledge which they compose into hymns. It is believed they turned this knowledge into hymns so that the messages could be conveyed more easily to everyone. In essence, this is what songwriters do.

The term “a passing sage” would quite often arise in these stories that his student would tell him about and the phrase stuck in Glen’s head and later became the name of the band.

How would you describe your musical style?
The vibrant music of The Passing Sages blends contemporary sounds with retro and nostalgic vibes. Our music is a flourish of disco, electronica and soul.

If you could collaborate with any living artist, who would you love to work with?
Carrie: Lewis Capaldi, just for the banter you would get from him or Celine Dion because she is just amazingly talented.

Daniel: Tom Waits because he is a really interesting songwriter, lyrically and musically.

Nic Holson: Nile Rodgers, not only is he a great guitarist but he is also an incredible producer and has been involved in some of the biggest hits.

Tell us about your new EP Burnin’ Up. What’s it about?
The Burnin’ Up EP is our debut EP which we are all really excited to release. The EP is super vibrant, fun and energetic with lots of positive tracks. The EP was interesting to create as a lot of the recording was done remotely over lockdown which certainly presented its own challenges.

The Burnin’ Up EP is important to us as we feel like it’s our first opportunity to showcase and present the musical style we have developed over the past couple of years since the band formed. We all really enjoyed working on the EP and are looking forward to sharing our music with everyone.

The key themes of the EP are positivity, energy and love. 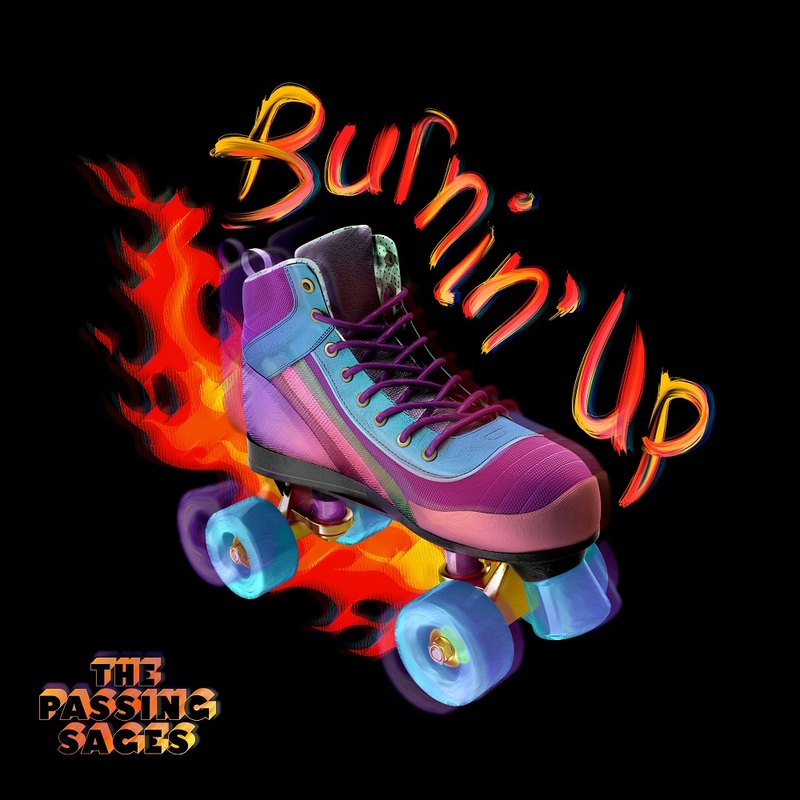 When did you write it and where did you record it?
The tracks on the EP were written over the course of the last three years but weren’t fused into the idea of an EP until the end of 2019. The EP was recorded at Gracenote Studios in Dunfermline, Scotland by engineer Dominic Hardy. However, due to lockdown, some of the recording was done remotely.

How does Burnin’ Up represent you?
It is vibrant, energetic, fun, quirky and positive.

Can you talk us through each track?
‘Burnin’ Up’, is an energetic pop song with dynamic vocals and catchy melodies. The track combines driving bass with powerful electronic synth leads and funk guitar; truly encapsulating the vibe of old school disco with a modern twist. This stimulating tune is by no doubt a dance anthem and conveys a simple message; let go, forget your problems and party hard.

‘Wonderful Person’ is a bright and cheerful song which will be sure to lift your spirits and throw a spring in your step. This song explores the experience of meeting someone who inspires and encourages you to be a better person and to become the best version of yourself. This toe-tapping tune sprinkles rays of sunshine with its upbeat bassline and merry melody.

‘Kindest Boy’ is a classic love song which combines soft harmonies with velvety vocal lines, jazzy motifs and an impressive melodic guitar solo. This dreamy ballad is an explosion of emotion and celebrates the love and admiration of a very special person.

Cool, soulful number, ‘Octave Higher’, blends a rhythmic groove with smooth vocals and a funky bass line. This track highlights the importance of using your own voice and music to address injustice and inequalities in order to encourage positive change.

What are your hopes for Burnin’ Up?
We want the EP to showcase our musical style and who we are as a band. Ultimately we hope the EP will grow our fanbase and help us reach out to more people with our music.

What are your other plans for the rest of this crazy year and into 2021?
Begin work on the next EP (we have 30+ songs ready that we have written over the last three years). Whenever live gigs can happen, we want to get out and play as many places as possible.

Finally, if you could go back in time and give yourselves one piece of advice, when would it be and what would you say?
Nic: I think I would go back to when I was in college and uni and tell myself that it doesn’t matter that I’m not the fastest guitarist or that the person next to me could out ‘shred’ me. Spend less time worrying about these things and putting myself down and focus on developing my songwriting, arranging and producing skills as this is now where my passion really lies.

Daniel: to my teenage years to tell myself to worry less about what other people think.

Holly: I’d go back to my teenage years and tell myself to chill and stop worrying about the future - that everything is going to work out just fine!

Sean: When I first began learning the drums, I would tell myself to practice more. I was always passionate about music and I loved the drums as soon as I started playing, but I was a poor student when it came to learning rudiments or having a disciplined practice routine.

Carrie: I would go back to when I was at uni. I used to get really stressed out before performing. I was too worried about what might go wrong, I wouldn’t be able to enjoy myself. I would go back in time and tell myself to ‘CALM DOON’.