Twins Helen and Nicola Frisby have been making music together since they were old enough to speak. As The Frisbys, they are joined by Sam Keer (electric guitar), Tom Finigan (drums), Will Cattermole (bass) and Sal Palekar (violin, piano). We caught up with Helen to chat about their EP My Wicked Mind.

My Wicked Mind is about the human mind in all it’s weirdness and wonderfulness.

First up, tell us bit about yourselves - who are The Frisbys, and what were you doing before making music together?
The Frisbys are a harmony based alternative-folk band from South London. The band consists of myself (Helen) and my twin sister, Nicola Frisby, my husband Sam Keer and three of our closest friends from college and university (Tom Finigan, Will Cattermole and Sal Palekar).

Before we were in a band together, we were all making music separately in various different musical forms. Our bassist Will writes and performs in his own band ‘Will Chaley’, our drummer Tom plays in folk outfit, ‘The Mishaped Pearls’, and our violinist Sal is a member of ‘Ze Trio’. Nicola and I have been creating music together since we were old enough to speak and were originally a duo with just an acoustic guitar, vocal harmonies and a flute before Sam and the other boys joined us.

Why the name ‘The Frisbys’? What do you stand for?
The name ‘The Frisbys’ actually originated when Nicola and I were in college with Tom and Will. Our Musical Technology teacher secretly signed us down for a college ‘battle of the band’ competition. He wasn’t sure what to call us and so he named us after mine and Nic’s pretty weird surname. The name just sort of stuck with us after that and we used it whenever we played music together during university and college.

When we joined forces with Marc Robinson (who has sadly since left the band) and Sam Keer after university, we tried to think of another name but no-one could agree on anything that they liked and so ‘The Frisbys’ stayed. The boys still bring up some of the awful alternative band names I offered as suggestions…‘On the Porch’ was a particular favourite of theirs. 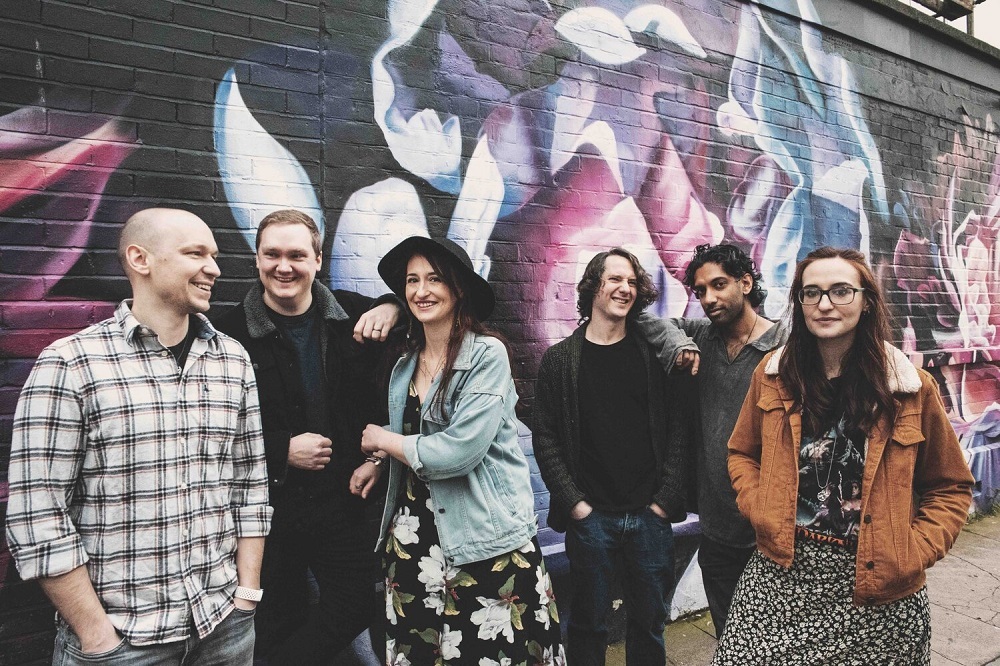 How would you describe your musical style?
It has been so difficult over the years to label ourselves in one particular genre as we don’t seem to fit comfortably in one place. Our style can vary from song to song but, if pushed, I’d say our musical style is harmony-based folk with country influences.

If you could collaborate with any living artist, who would you love to work with?
A great question but there is absolutely no way that I could answer this question as a representative for the band and so I had to ask them! Here are their replies:

I guess we’d have to do some sort of weird avant garde supergroup!

Tell us about your most recent EP My Wicked Mind. What’s it about?
Our EP is about the human mind in all it’s weirdness and wonderfulness. I find it strange how something that can create such beauty can also cause so much pain. Nicola and I didn’t set out to write a thematic EP but when we later discussed what each of the songs were about, we realised that all songs were linked by this thread of thought.

When did you write it and where did you record it?
Nicola and I are constantly writing new material and so sometimes it can take a while to catch up with actually recording the songs we have written. For example, Nicola started writing the guitar part to ‘Lead me to the Water’ after university but we didn’t finish the song until about 6 years later as we were having trouble finishing it!

Another example is Print; which was originally written by myself on guitar in my bedroom back in 2012. I showed it to the boys a few years later and it was turned into a rock song which we debuted at our last EP release show in 2016! After playing in that set up for a while, Marc and Sal suggested we rearrange it and Sal created the most beautiful piano arrangement. It completely transformed the song. I couldn’t imagine it any other way now.

We recorded all songs except ‘Print’ and ‘Gretna’ at The Brook Studios in Wallington with the wonderful Andy Brook. Andy is a great friend of ours and one of our biggest supporters. He has the patience of a saint and has so much belief in us as a band. Print was recorded in Crown Lane Studios with the fantastic Bill and John and Gretna was recorded in Essex Recording Studios with the lovely James Curtis-Thomas. We are so fortunate to have worked with such talented and lovely people throughout the making of this EP.

How does My Wicked Mind represent you?
We want our listeners to be taken on a journey - just as they do when they come to see us live. I think with this EP more than any other, we had more of a vision of what we wanted the listener to feel. We really wanted to recreate the ‘live’ atmosphere as much as possible and we tried very hard to capture that energy and emotion in the recording. 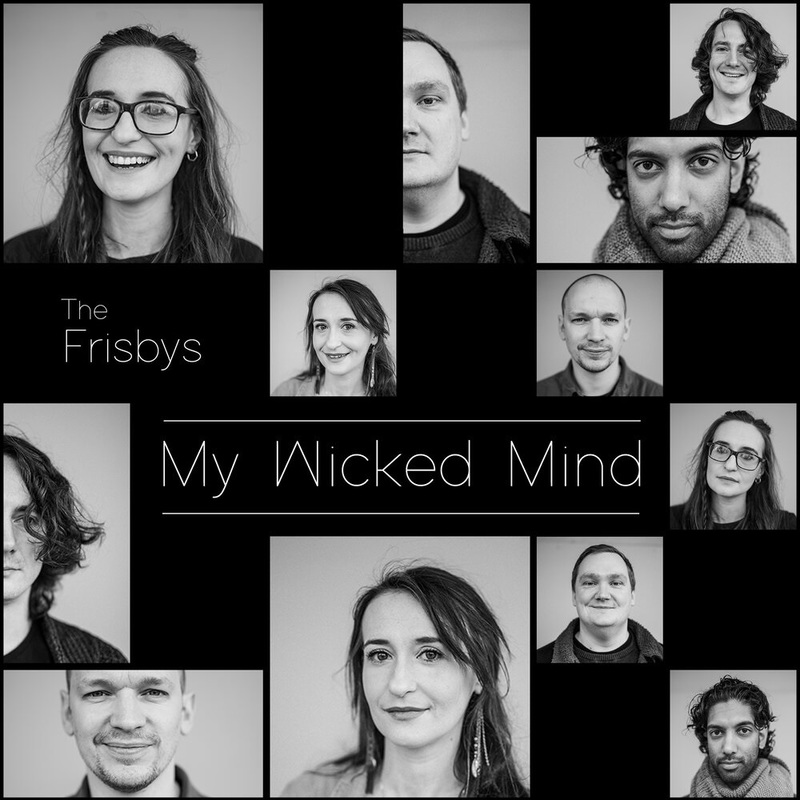 Can you talk us through each track?
‘I Heard’ - We call this song our fighting song. This is our newest song on, My Wicked Mind, and the moment Nicola played it to the band, we knew we had to have it on the EP. The song was written about the ups and downs of trying to get your music heard. It can be such a roller coaster ride.. one minute something goes really well and next minute it comes crashing down. The song is about trying to maintain that self belief - even when things don’t seem to go your way .

‘Print’ - A lot of people think this song is a love song but it’s not at all. I actually wrote this song when I was in a bit of a limbo in my life and I wasn’t sure what direction to take. I wanted to pursue the things that I loved but I was too worried about what others would think. This song was a realisation to myself that I would only be happy if I let go of what other people expected of me.

I held on to this song for so long that when I finally showed the boys and we played it together for the first time, I was so overwhelmed that I almost cried.. I’ve never actually told the band that before.

We realised pretty early on that we would have to record this song as ‘live’ as possible and with Sal, Nic and myself performing at the same time. The final version is one ‘take’ pretty much the whole way through which, I hope, helps us to capture that ‘live’ essence.

‘Gretna’ narrates the story of a young girl who elopes to Gretna Greene, only to become disillusioned when she realises everything was not quite as she was promised. This song was actually recorded way back in 2017 and it’s a country influenced pop song. We had so much fun recording this song as it was still a very new song at the time and so we loved being able to experiment with different instruments and sounds in the studio.

‘Lead Me to the Water’ is about letting yourself be led into a relationship that both you, and your partner, know is bad for you - a bit like being taken out to water by someone who knows that you can’t swim.

As I’ve previously mentioned, the bare bones of this song were written many years ago. We had the general structure and ideas for the verse and chorus but we lost inspiration and subsequently forgot all about it. A few years later, after listening to a bunch of demos, we felt it had promise and so resurrected it - starting work on the outro section. We were aiming for almost a ‘gospel’ feel. It actually developed pretty naturally from that point and we finished it quite quickly in the end!

‘You Are’ was inspired by letters written to lost soldiers during past wars and the uncertainty of knowing whether the message would ever be received. It was the idea that a keepsake such as a photo or a letter could have such an importance and provide a lifeline to both the author and the recipient in their darkest times.

This song was written by Nicola and myself when we lived together in a flat in South London. It was a slightly more progressive a style than we were used to writing and it was one of the first songs that we really envisigned writing specially for the band. When we brought it to the band, we ‘jammed’ the rest and it just came alive. It’s one of our favourite songs to perform to a live audience and we often finish our gigs with it. It felt right to end the EP with this song.

What are your hopes for My Wicked Mind?
Whilst we’d obviously love for the EP to get as much exposure as possible, we recorded this EP for our fans, friends and family. This EP (quite literally) wouldn’t have been made without them. They helped to fund the EP through Kickstarter and supported us all the way through by attending shows and buying merchandise and so I just hope that they enjoy listening to it as much as we did making it. On a personal note, I’d love it if the music we made managed to connect with some people because, as a songwriter, I don’t think you can hope for much more than that!

What are your other plans for what’s fast becoming a crazy year?
Whilst we’d love to be playing live shows and festivals, it’s pretty impossible to plan anything for a while yet. We actually released an online ‘lockdown’ video of our last single ‘I Heard’ last month and we’ve got another video or two in the pipeline!

We were hoping to have a huge ‘whole band’ EP release party this month but that won’t be happening for a while now! The plan is now to have an online launch gig on Friday, July 10th and play some of the tracks from the EP in a duo set up instead.

Finally, if you could go back in time and give yourselves one piece of advice, when would it be and what would you say?
Speaking for Nicola and myself, I think we would tell ourselves to have more belief and confidence in what we’re creating. In the early days, we were so shy that we didn’t really promote our music or even tell friends that we were in a band because we were so worried about their reaction. As it turns out, our friends and family have been amongst some of our biggest supporters and have absolutely given us the confidence to carry on with our music.

It took us a long time to learn that, as scary as it is, you can’t let the fear of what other people will say stop you from what you want to achieve in your life.

Listen to My Wicked Mind on Spotify below. For news and tour dates go to The Frisbys’ Facebook page.