Norwegian pop four-piece The Factory return with pop anthem ‘Too Close to Get Closer’ on Friday, November 8th. We caught up with the childhood friends to find out more.

We play pop music with influences from hip hop and RnB, and we always try to keep it funky.

First up, tell us bit about yourselves - what led you teaming up as The Factory?
We actually started the band when we were just ten years old. We played together for a long time and had lots of fun over the years. But, when the 20’s came we had a lot of friends going to university, leaving us with a hard choice; doing the same thing as our friends or going all in for the music? We decided to go all in for the band and moved to Oslo, all of us together in the same apartment!

We often hear people say things like; Wow that’s insane, don’t you get sick of each other? Yes it’s insane! But it has actually worked out pretty well - and still does after 6 years!

Who do your take inspiration from?
Bands and artists such as Bruno Mars, Maroon 5 and Red Hot Chili Peppers are big inspirations. They all have that kinda sexy, funky badass vibe going on in their music that we really love.

How would you describe your musical style?
We play pop music with influences from hip hop and RnB, and we always try to keep it funky.

Why the name ‘The Factory’?
That’s an embarrassing story we like to keep to ourselves.

If you could collaborate with any living artist or band, who would you choose?
That’s a tough one! But we’d have to say Billie Eilish and her amazing producer brother Finneas. They have in some way redefined the rules of pop-music today and it’s really inspiring that they have made everything from their bedroom – just like we do. 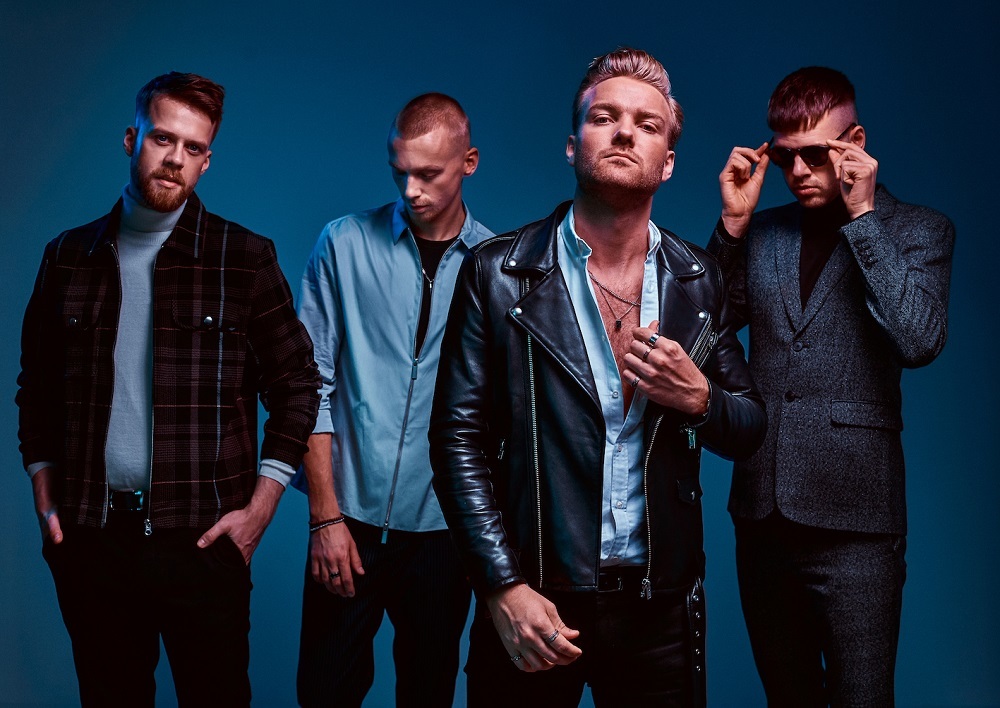 Tell us about your new single ‘Too Close To Get Closer’, what’s it about?
Eivind: As a lyricist I have always been fascinated by songs with a lot of contrast between music and lyrics. ‘Fuck you’ by Lilly Allen beeing one example. So when I first heard the catchy feelgood track we were putting together and I thought; I need to write something sad on top of that. We were talking about the song in the car on tour and the title ‘too close to get closer’ came to us. From there it was pretty straightforward writing process and the lyrics came pretty easily.

When did you write ‘Too Close To Get Closer’, and where did you record it?
The writing process was really short! This might actually be the shortest time we’ve ever spent on making a song, which usually is a good sign. It was brought to rehearsal as an idea, we jammed on it for half an hour and then it was basically done. Lovely! Then we produced and recorded it in our bedrooms which is a really refreshing way for us to work.

How does ‘Too Close To Get Closer’ represent your style?
It represents our style because it’s funky and makes you wanna move, which is what we often strive for in our songwriting.

What are your hopes for ‘Too Close To Get Closer’?
We hope that this song will be the first step that will get us noticed out there. We hope that people will listen to it when they need a boost on a Monday morning or to kick it off on a Saturday night!

What other plans do you have for the year and into 2020? Where can we see you on tour?
A LOT of work! We want to co-operate with other artists and continue pushing our music. Hopefully we will have lots of festival gigs in the summer! Dates will come, stay tuned on our Facebook and Instagram!

Finally, if you could go back in time and give yourselves one piece of advice, when would it be and what would you say?
Don’t make music with the thought of going to “fit” in the market. You will most likely end up losing your authenticity. We’ve been there and it doesn’t work. Get inspired by the music that you love listening to and don’t try to be something you’re not.

Listen to ‘Too Close to Get Closer’ on SoundCloud below. For news and tour dates go to The Factory Facebook page.