Oslo-based Temperature Falls is a trip-hop/alternative rock duo made up of vocalist/lyricist Camilla and multi-instrumentalist Ian J. Ward. Their latest release is I Want To Go Where You Go. We caught up with Ian to find out more.

We stand for everyone who wants to be themselves. To stand for their own rights. For the people who dare to say and do and think what they believe in, and not just follow the crowd.

First up, tell us a bit about yourselves - who are Temperature Falls, and what were you doing before making music together?
Temperature Falls are Camilla as vocalist, lyricist keyboards/guitar, and myself (Ian) who plays bass/guitar/keyboards and plays around with Moogs and sounds and is the main music writer/producer.

I was the bass player in UK metal band Number One Son signed to Visible Noise (same label as Kiill2This). As of meeting in Oslo, Camilla had played a few shows but was really looking for a project with some direction. We both met at a party, and, as they say, the rest is history!

Who did you take inspiration from?
It’s hard to pinpoint this, I was totally burnt out with the music scene for years but was totally rejuvenated when I saw Sylvan Esso perform live in Manchester. I went on to see them many times after that, but that was my main reason to really start writing and recording again. I submerged myself into as much music as I could, rediscovering great musicians such as Deantoni Parks and Me’shell Ndegeocello, The Kills, Idles, Massive Attack and Run The Jewels which really reignited my love of classic hip hop beats. 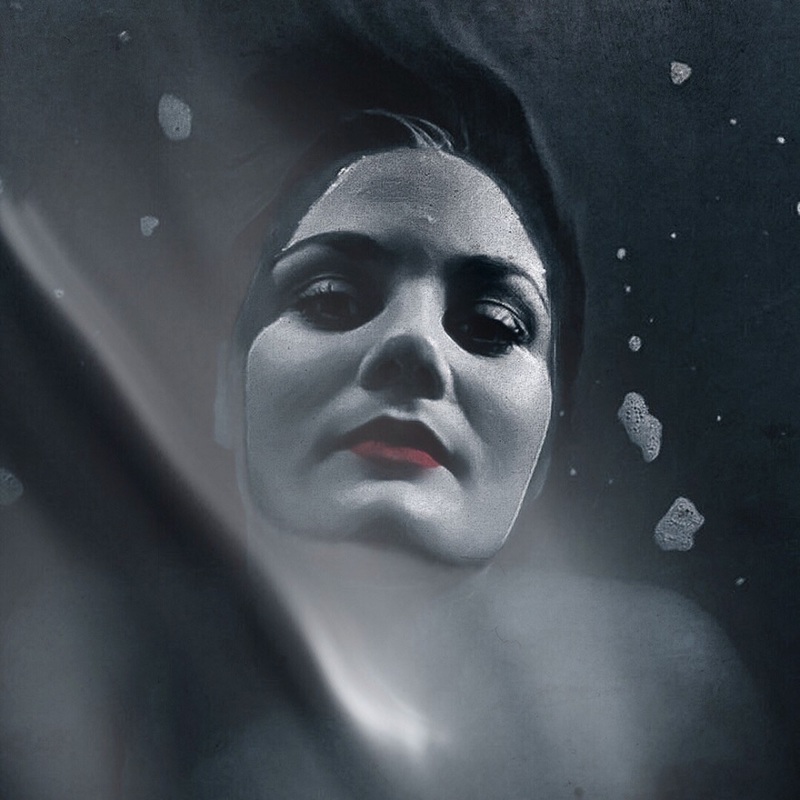 Why the name ‘Temperature Falls’, what do you stand for?
I had driven over to Norway in April of 2018 with whatever I could fit into my car: guitars/basses, Minimoog, Mac mini, pedals fx, vinyl and clothes. I set up a studio in a basement apartment in Jessheim, and just started writing and recording music. It was one of the hottest summers on record from that April until October. I thought I was living in Spain!

I was hitting up a local bar most evenings, sitting outside listening to rough mixes of material I was writing, while drinking and watching the planes come in to land at the nearby airport. The barmen would always laugh at this English guy who would sit there most nights outside in T-shirts and shorts and chill out. They would say to me: “Wait till the temperature falls! You won’t be thinking you’re in Spain when winter comes!!” And fuck it did!! Three feet of snow in November was just the start of an epic winter for me, driving in snow on the wrong side of the road in a left-hand drive car, very funny to see.

We stand for everyone who wants to be themselves. To stand for their own rights. For the people who dare to say and do and think what they believe in, and not just follow the crowd.

How would you describe your musical style?
Our music style is continually developing, we probably started releasing music too early, but I like when you can hear a band evolve organically through many albums, to hear who they were and who they are becoming. We are kinda alternative-indie, some electro and some trip-hop. We bounce between these, a mixture sometimes, and some tracks are extremes of these. We like cool beats, we like guitars and bass, and we also love synths. 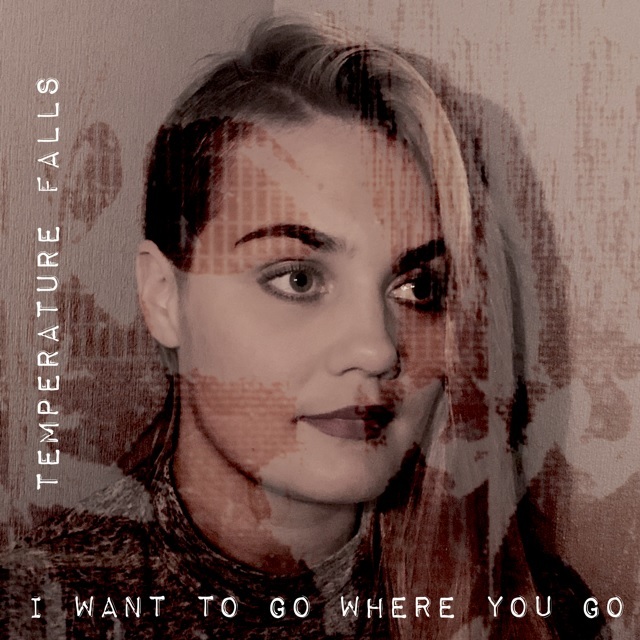 Tell us about your new album I Want To Go Where You Go. What’s it about? Can you talk us through some tracks?
I Want To Go Where Where You Go is our second full album. It’s come again writing from our personal experiences. We seem to talk about death a lot this last year, not in a morbid sense, but the actual realisation as you get older that the family that you love will pass as we will leave our loved ones. So there are a few songs processing that.

‘Cut the Wire’ is about hanging on in pain for as long as you can, but it reaches a point where you can’t go on and you wish for mercy that someone will cut the wire and let you drift away. This can be a mental pain you are trying to fight through, more so than a physical one. This turmoil and fight led into tracks such as ‘FLY’ and ‘Waves’. Maybe the stress of this crazy year did come out in this album. But Cam also came up with some songs which are much more positive.

‘Maybe’ is about meeting someone you fancy at a party, that butterfly in the tummy feeling – it’s very much more pop than we’ve done before, but was so much fun.

‘Shallow’ deals with the other side of relationships - breaking up - and from the side of you breaking up with someone else, how that makes you the bad person even though that’s not always true, but there is that hatred you get mostly from your ex-partner and their friends – the song is about that. So, all-in-all, we try and keep the writing real, what we are going through, our experiences – our thoughts, etc.

When did you write it and where did you record it?

We wrote and recorded it in our newly-built basement studio over the 2020. We’ve been really lucky that we put this studio together in 2019 before this crazy year! It’s been great to dig in and write and record, it’s been a blessing mentally. 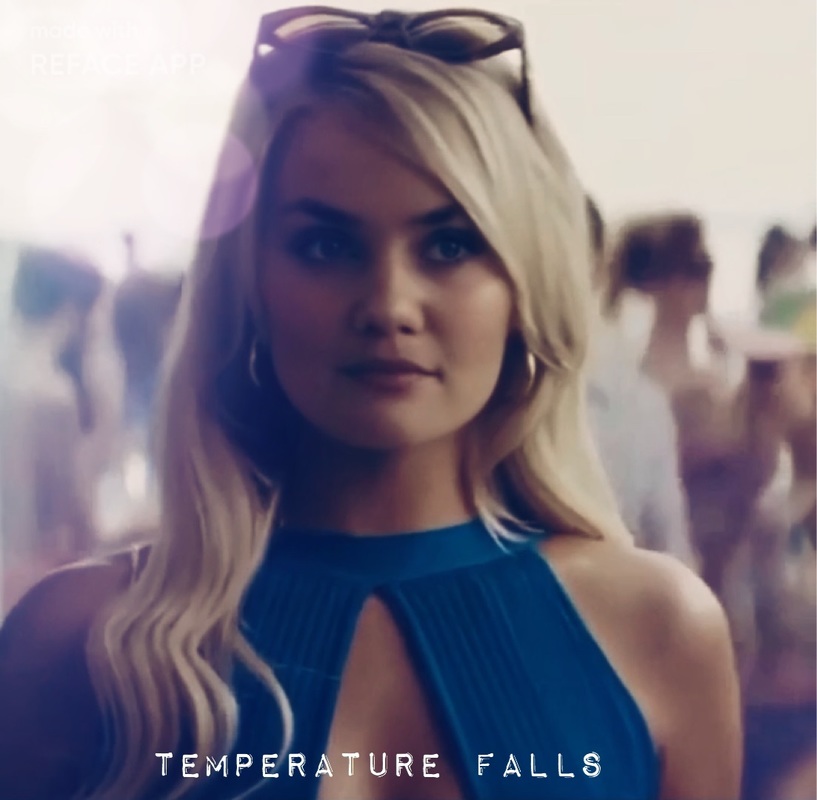 How does I Want To Go Where You Go represent you?
Quite simply, it’s our heart and souls from the last year. We try and put everything into it, every spare moment avery drop of emotion. It’s more than just music for us, it’s also like a diary of our thoughts and feelings both musically and lyrically from the last year.

What are your hopes for I Want To Go Where You Go?
We hope people enjoy it, we hope it’s another step forward for us. We feel it’s a big step writing and production-wise from our self-titled debut album. We will continue to write and record and improve, and hopefully people join us for the journey.

What are your other plans for the rest of this crazy year and into 2021?
Lockdown just hit us again in Norway! We have had a few enquiries from record labels and publishing companies that we may explore, we are already writing and recording. We could have an EP or even an album ready by March 20201, we will see!

Finally, if you could go back in time and give yourselves one piece of advice, when would it be and what would you say?
We wouldn’t change much - we are enjoying the journey wherever it may take us. I think I would tell our younger selves: “Only listen to criticism of someone you would trust to go to for advice. Too many people with opinions on music - too wide a taste for everyone to like everything. Listen too much to too many people and you compromise. When that happens, you get beige! Begin music that means and says nothing, music that stays in the lines that you have heard a million times before, music by numbers. Nobody wants that.”

Listen to I Want To Go Where You Go’ on SoundCloud below. For the latest, go to temperaturefalls.com, Spotify, Twitter and Instagram.