Nigerian-born Tamaraebi has a rich tapestry of influence and experience. His parents’ work for the United Nations meant a nomadic upbringing with Nigeria, Nairobi, India and Sudan places he had the opportunity to call home during different points of his childhood. Tamaraebi released the music video for his new single ‘Heavens Gate’ via SBTV, and we caught up with him to find out more.

There’s elements of pop, blues, soul, rnb and rock. It’s just everything I enjoy. I get compared to a lot of American artists like The Weeknd or Miguel.

First up, tell us about yourself - what got you into music?
I’m an artist and songwriter. I’ve always loved sound and music from early as I grew up in the church choir. Then I started meeting other musicians and producers etc and it just escalated from there.

Were there any particular bands or artists you took inspiration from?
Definitely. I love old 70s and 80s bands and the bait power house vocalists from the 90s and the smooth sounds from the thousands. It’s a mix of a lot of things really.

How would you describe your musical style?
That’s a tough question - it’s a mixture of a lot of all the music that influenced me. There’s elements of pop, blues, soul, rnb and rock. It’s just everything I enjoy. I get compared to a lot of American artists like The Weeknd or Miguel.

Why ‘Tamaraebi’?
Mainly because It’s my actual name. It means ‘God is good’.

If you could collaborate with any living artist, who would it be?
I love J Cole and Saint John as rappers and their musical style. Also Khalid is sick, and probably easier for me to collab with in terms of style. 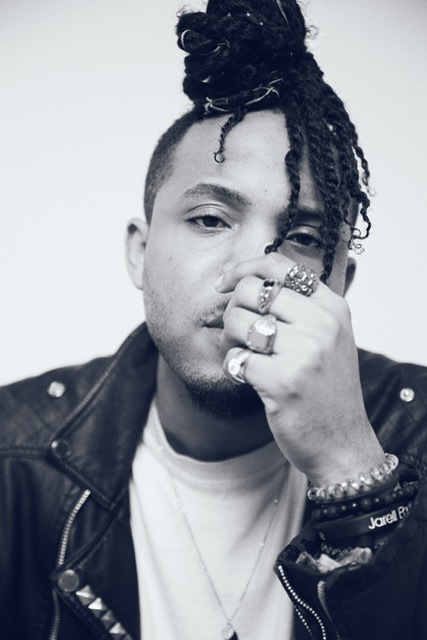 Tell us about your single ‘Heavens Gate’. What’s it about?
It’s like the story of a nice guy who wants to be good and do the right thing but feels like it’s impossible in this world we live in and he’s hoping that God understands because he keeps doing the things he doesn’t want to do but it’s just how it is.

When did you write it and where did you record it?
In 2015 so a long time ago. awe recorded it in Wolverhampton in the bedroom of one of the first producers I ever met. We have had this song for a while and now just feels like it is the right time to release it.

How does ‘Heavens Gate’ represent your style?
It represents my style because it draws out aspects of the influences I have in music such as blues, rnb, soul and rock and also the church background.

What are your hopes for ‘Heavens Gate’?
I just hope that it reaches people from far and wide, nowadays there’s so much good music out there and I hope mine is found!

Can you tell us about your forthcoming EP of the same name?
It’s going just show people what I’ve been working on and where I’m at and I can’t wait for everyone to hear it! It’s a bunch of different sounds with music I made 3 years ago to music I made a few months ago so it represents me at various times personally.

How’s 2020 looking?
Loads of new music and visuals and live shows hopefully. I have like 70-something tracks so we are trying to do select the songs for EP two, which we want to release early 2020. I really enjoy performing live as I’ve got a sick band too so hopefully get to perform as this music for you too!

Finally, if you could go back in time and give yourself one piece of advice, when would it be and what would you say?
I would go back to me in school and say ‘bro chill, don’t stress!’.

Watch the video for ‘Heaven’s Gate’ on YouTube below. For news and tour dates go to Tamaraebi’s Facebook page.