Composer, producer and multi-instrumentalist John D. Reedy releases music under a range of pseudonyms. His latest album is a funeral doom metal / modern classical album called The Great Beyond, written under his Sunyata alias. We caught up with John to find out more about the project.

I’m quite the escapist and wanted to create the sense of being lost in a new place full of wonder and intrigue.

First up, tell us about yourself - what got you into music?
I have been involved with music as far as I can remember, imagining arrangements of new songs in my head when I was little. I come from a family who play various instruments and was always exposed to music at home growing up. I learnt piano and drums as a child, and then electric guitar and bass as a teenager.

Funnily enough, my first venture into music production was a demo CD of a software called Dance Ejay that I found in a box of cereal probably around age 11. Later I stumbled upon other music software, which eventually led to me falling in love with music composition and releasing my first album (Evael – Breath) at age 17.

Were there any particular artists or groups you took inspiration from?
At this point I’ve listened to so many thousands of hours of every genre that it can be difficult to pick out individual influences. Still, I can say for certain that discovering Ólafur Arnalds’ earlier work in my mid-teens (Dyad 1909, Living Room Songs, etc) fundamentally changed how I perceive composition, in the refined way that he could evoke the most emotion with the least notes necessary. I wanted to discover for myself how the magic happened.

Honourable mentions as well to Nils Frahm and Arvo Pärt who create wonderful music, inspiring me when I was younger. 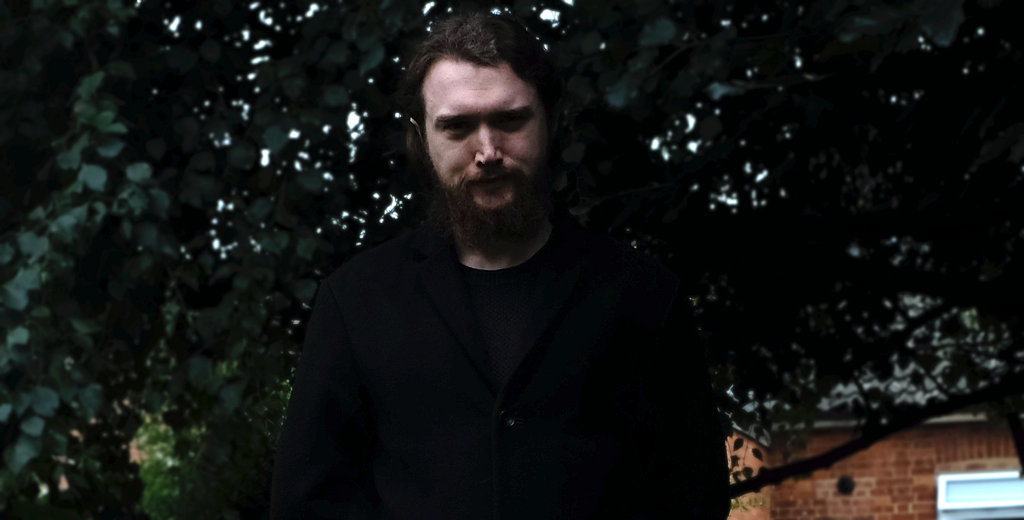 Why ‘Sunyata’?
Sunyata or Suññatā is a Buddhist concept meaning “emptiness”, which can have different connotations depending on the religious tradition. Broadly it means that nothing contains its own individual existence, and instead all things exist in relation to other things in a state of co-becoming. It’s not a pessimistic idea, quite the opposite: it suggests that we are all interconnected with one another and part of the same entity.

I thought that as a name it was the ideal representation of the holistic approach I take towards music, in blurring genre boundaries as well as the way the compositions of The Great Beyond all relate to each other. As Gustav Mahler said: “A symphony must be like the world. It must contain everything”.

How would you describe your musical style?
The Great Beyond is the convergence point of many slow atmospheric genres, including modern classical, electronic music, ambient music, neo-folk, post-rock and more, with funeral doom metal serving as the main structure for the album’s dynamics and climaxes.

I think that doom metal has the potential to be an incredible blank canvas, typically only requiring that it uses slow tempos, brooding atmospheres, and heavy guitars. Artists like The Angelic Process and Sunn O))) demonstrate that the genre can be infused with a variety of influences while still maintaining its core integrity, so I wanted to follow in their footsteps.

If you could collaborate with any living artist, who would it be?
Maybe saying Trent Reznor of Nine Inch Nails is a little unrealistic, so I’ll go with a more obscure artist instead.

Last year I stumbled upon a Russian artist called Vladimir Frith and his metal project ‘Рожь’ (‘Rye’ in English). He’s a one-man band like myself, who creates gorgeous music oozing with pathos and an ancient sense of timelessness.

Many metal musicians are competent at crafting powerful guitar sections but often at the expense of rudimentary-sounding clean interludes. Frith on the other hand is a fully-fledged ambient artist, and his non-metal sections are equally as captivating, sometimes more so.

I’m taking a well-deserved break from music right now to focus on other things, but I imagine he’d be the type of artist I would enjoy working with, as I see some likeness between us.

Tell us about your new album The Great Beyond. What’s the inspiration behind it?
I was always a little fascinated by the prospect of combining metal and orchestra. The project began in its embryonic stages as an experiment about the compatibility of electric guitar tracks with samples of pre-existing film scores and MIDI orchestration. After I realised that I had something quite potent, I began developing a comprehensive mental map of where the album ought to go, and the type of story arc I wanted to convey throughout the 40-minute runtime. 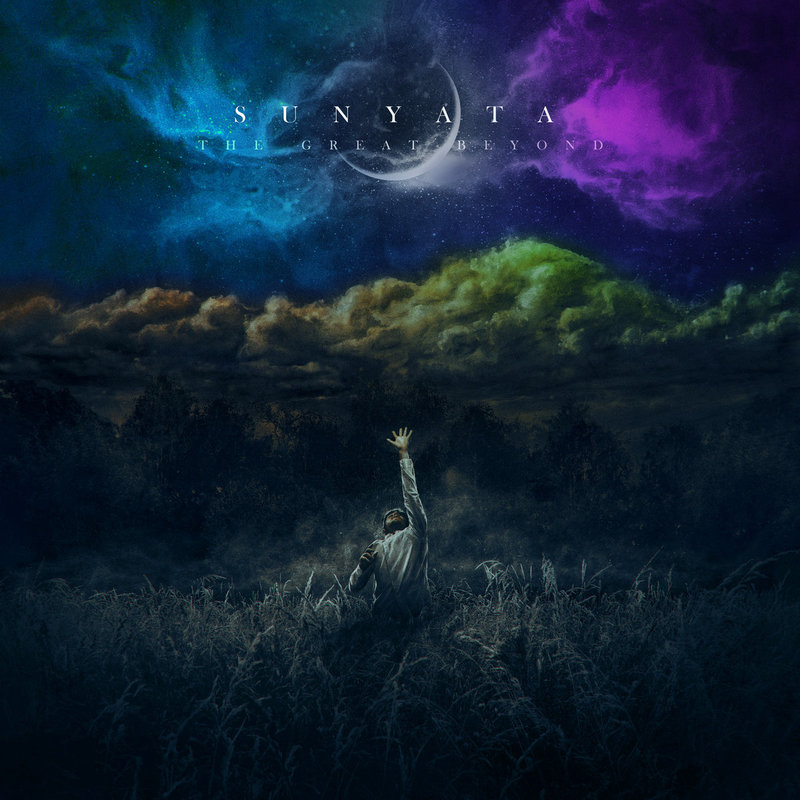 Some of the albums I admire the most are those that create large, sprawling worlds with their own rules and internal logic, similar to books or films – the underwater paradise of Alcest’s Écailles de Lune, or the bleak autumnal land of Les Discrets’ Septembre…, to name a couple. I’m quite the escapist and wanted to recreate this sense of being lost in a new place full of wonder and intrigue.

When did you write it and where did you record it?
The Great Beyond was recorded over a period of three years in a few different bedrooms as I studied a degree in music production, usually with nothing more than a guitar and practice amp plugged into the back of my computer, as well as a cheap headset microphone for vocals.

I feel the album is analogous to my own transformation as I am very different now at the end of the process in comparison to when I started.

How does The Great Beyond represent your style?
My style is eclectic and differs between projects but with a recognisable form of composition that ties them all together. I tend to position myself as an outsider to whatever genre I am working with, identifying the limitations of the music in order to subvert and hopefully expand upon it in my own way.

In the case of Evael’s Breath it was atmospheric acoustic music that straddled the line between indie folk and shoegaze; for John D. Reedy’s The Great Long Distance, it was a reimagining of modern classical and ambient music, the songs being twelve little journal entries for each month of a long distance relationship.

Occupying the space between many genres is a creative risk in that it can either transcend said genres, or leave people scratching their heads not knowing where to place it or support it within their given scene. I hope that my latest work was able to achieve the prior.

Can you talk us through each track?
The title track of the same name introduces the core themes of the album and ruminates on the idea of being “too late to explore the Earth and too early to explore the cosmos”. The first few minutes in particular contain music from folk traditions around the world, tracing the ancestral origins of humanity up until the present day. It is a means of uniting a juvenile mankind under one cause – clambering for the great truth to be found in the stars.

‘The Great Below’ is a homage to mankind on Earth, also outlining the motives for the protagonist’s escapism. It is a tribute to man’s best and worst; the violent squabbling and everyday suffering, as well as the greatest thinkers and works of art. The piece uses composition from the fourth movement of Mahler’s 9th symphony, broadcasting his message of hope and despair into the unknown.

‘Meditation On Death’ is a turning point in the album as the protagonist realises that he is searching in the wrong place, shifting his focus away from the vast ‘out there’ and instead towards his own experience. The track seeks to explore the lingering shadow cast over each of our actions – grappling with one’s own mortality and losing everything. It is in facing his own self-alienation, his deep primal terror of annihilation, that he learns what it means to be alive.

‘Meditation On Life’ begins after being spat from this vortex, to realise that the answer can be found when one stops needing to ask the question. It is to find oneself neither departing nor arriving; to hear the cries and laughter all at once; to know that the joy and pain were always one. The protagonist realises that he was learning how to be where he already was, and that the great ‘out there’ and himself were always one and the same. The album then loops into itself, beginning the cycle anew.

What are your hopes for The Great Beyond?
As a fairly small-scale artist I try to keep my expectations grounded. I hope that despite the album being a little strange and unfamiliar, people can listen attentively and grapple with the themes that it is conveying.

Likewise it would be excellent if I could inspire other artists to make some bold creative choices and step outside of conventional genre boundaries, not being afraid to explore new and exciting directions. Oh and some support on social media is nice too.

How’s the rest of 2020 and into 2021 looking?
It’s difficult to entirely know with the ongoing pandemic but it certainly hasn’t affected my creative process, and there are many musical endeavours on the horizon regarding my different projects (Sunyata, John D. Reedy, Writhe, Evael, etc). Right now I’m still recharging after this album release but keep your eyes and ears peeled mid-2021.

Finally, if you could go back in time and give yourself one piece of advice, when would it be and what would you say?
In terms of music, I would only need to go as far as a few months ago when I completed the album – remember to enjoy the act of creation. It’s easy to get caught up in making the perfect album, the opinions of others, or listen counts, and of course these can be important. But the real gratification is when the puzzle pieces of a composition finally fit together and you realise you’ve created something meaningful. It’s about the process rather than results. I hope to bring this mentality into my next project.

Listen to The Great Beyond on Bandcamp below. For the latest, head to johndreedy.com, Facebook or SoundCloud.