Grime producer Striver is highly regarded for his hand in creating big tunes of the genre such as ‘Gash By Da Hour’ and ‘Anthem’. He’s been sat on a decade-old archive of music featuring Scrufizzer, Flirta D, Vener and Gully Remah which he’s now released as EP Recovered Drive 1. We caught up with him to find out more.

My music is an expression, a way to process my thoughts and feelings in a way words can’t.

Tell us about yourself - what got you into music?
I’ve always had a deep passion for music from a really young age, my mum and dad used to have stacks of vinyls and a turntable in our front room that I wasn’t allowed to touch (even though I did spin a vinyl or two when they weren’t home, lol).

Eventually my Ma bought me a lil turntable with a built in speaker and two vinyls – Bart Simspon ‘Do the Bartman’ and SNAP ‘I’ve Got the Power’. I would play with it for hours…

Fast forward a few years later I managed to buy my first pair of decks Year 9/10 secondary school times. After I bought decks you would catch me in the record shops at least two to three times a week and travelling to all different shops in London (Independence, Big apple, Rhythm Division etc). I loved just listening to instrumentals thinking I want to be able to make my own songs and press it. I then threw myself into learning how to produce and the rest is history. 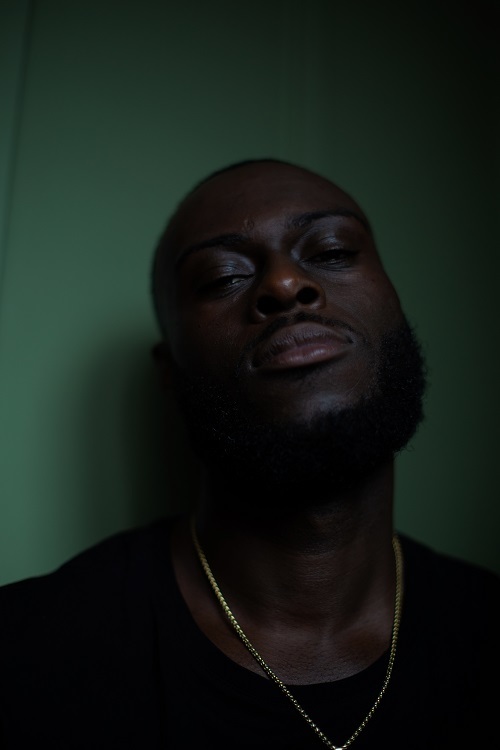 Were there any particular bands or artists you took inspiration from?
Good question. I took a lot of inspiration from So Solid, Dmx, MJ Cole, Erykah Badu, Wu Tang Clan, Michael Jackson, DJ Zinc, Sticky, Jamiroquai just to name a few but so many different bands, artists, producers of all different styles would and still inspire me.

Why ‘Striver’?
My boy Dwain from school, actually made me come up with that name. We were in a crew together called Too Messy crew. I was always mixing in my bedroom and I would literally mix the same two tunes over again until I got the mix to sound like the way I thought of it in my head. He said: “You’re always striving to get that mix”. Later that night I was reflecting on my mixes and his comment replayed in my head, which led me to say to myself yeah I’m a striver and then Striver was born.

How would you describe your musical style?
My style of music is a cross of different genres that carry different energies and combining them to create a complete energy. You might hear a lot of sound manipulation also, however my music is an expression, a way to process my thoughts and feelings in a way words can’t.

If you could collaborate with any living artist, who would it be?
Jezzz wow so many living greats. I would have to say Sade, Kanye West, Ed Sheeran, Lemar, and Dave to name a few.

Tell us about your EP ‘Recovered Drive 1’. We understand the music is from an old archive of music?
Yes, Recovered Drive 1 is some of my most classic instrumentals. When I got my faulty hard drive back from repair, I started to go through all the files and these were the songs I felt “people need to hear these!” I was thinking to remake them but then I was like nah they need to carry the energy of the time period it was made forward to the present. 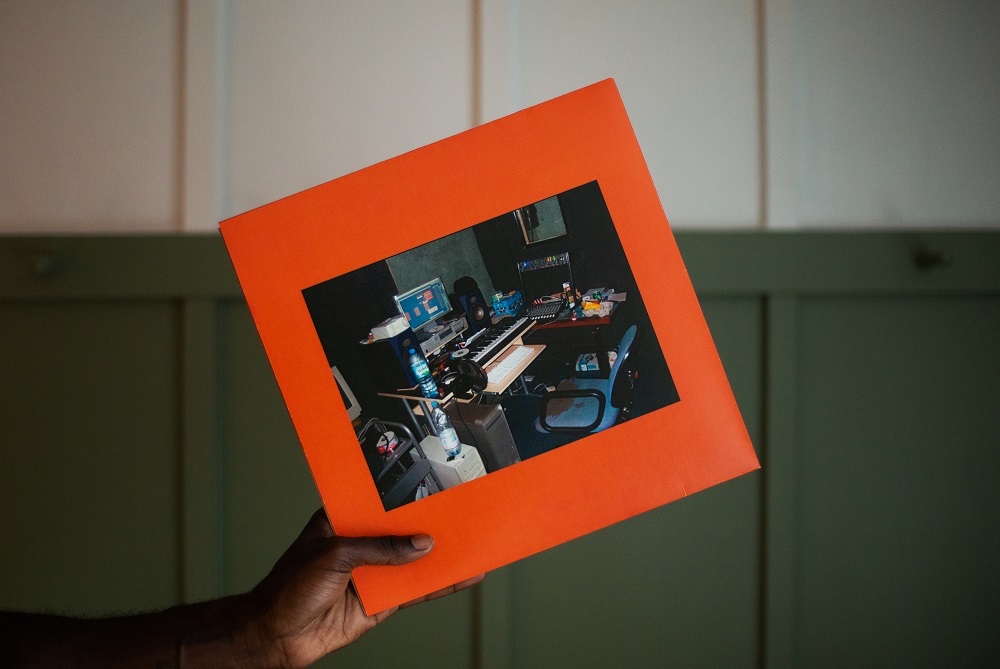 When did you write it and where did you record it originally?
Most of these beats were made in my home studio and the studio space I was renting at the time all between 2005-2010 excluding “Bad” Which was recorded this year with Scrufizzer.

Who features on the tracks? Can you talk us through each track?
Scrufizzer, Flirta D, Vener and Gully Remah feature.

‘Sly Shuttle’ – This was made back in 2005 and was probably my first grime beat that made some noise in the scene. A lot of MCs made their own versions Crazy Titch, Flirta, Blacks, Stormin, Dirty Danger, Lady Fury, Sas Killa etc. In 2008 me and Darqe Freaker decided to revamp it which then led to becoming an iconic instrumental for the Nu Brand Flex single “Anthem” ft Maxwell D.

‘Out My Window’ – I had lost my uncle and was feeling quite low, after his funeral I went to my room, and sat at my computer making beats, and came up with this beat. Funny story is the gash by da hour instrumental is actually a remix of this beat!

‘Leveller/Bad’ ft. Scrufizzer – I really wanted to capture the spirit of pirate radio grime when I was making this beat and as I was making it I was thinking I really need someone with a sick skippy flow to jump on this instrumental and first person who came to mind was Scrufizzer, So I DMed him and the rest is history.

‘Sergeant & Different Aims’ – these were made on the same day - I remember I bought a new plugin and was gassed! So I literally stayed up through the night making these two beats that I loved. One of them was the instrumental for a P Money X Blacks tune called ‘Fuckery’.

‘Sho Sho’ – I was playing around with some samples and came across a sample that I thought this can really work so I chopped, pitched and looped it. Sequenced the drums, added the bassline, some FX, and thought I would switch it up by adding some breaks in the song to give that grime Instrumental feel and space for MCs to really get their bars off.

‘Clapman Up’ – Vener actually came up with the idea for this tune, Gully and Vener had their bars ready then Gully made the chorus on the spot, recorded everything quite quickly then there was a 3rd verse which was empty. I was sitting there thinking who would merk this tune, sat with the tune for a couple days then Flirta was coming to the studio to vocal ‘Sly Shuttle’. I remember he was sitting there reciting a bar and “Light blub moment” that lyric will sound sickkkk on this tune I got with Gully Ranjah and Vener.

How does ‘Recovered Drive 1’ represent your style now?
Same organic sound but has evolved. As the person evolves so will their expression in their art form. 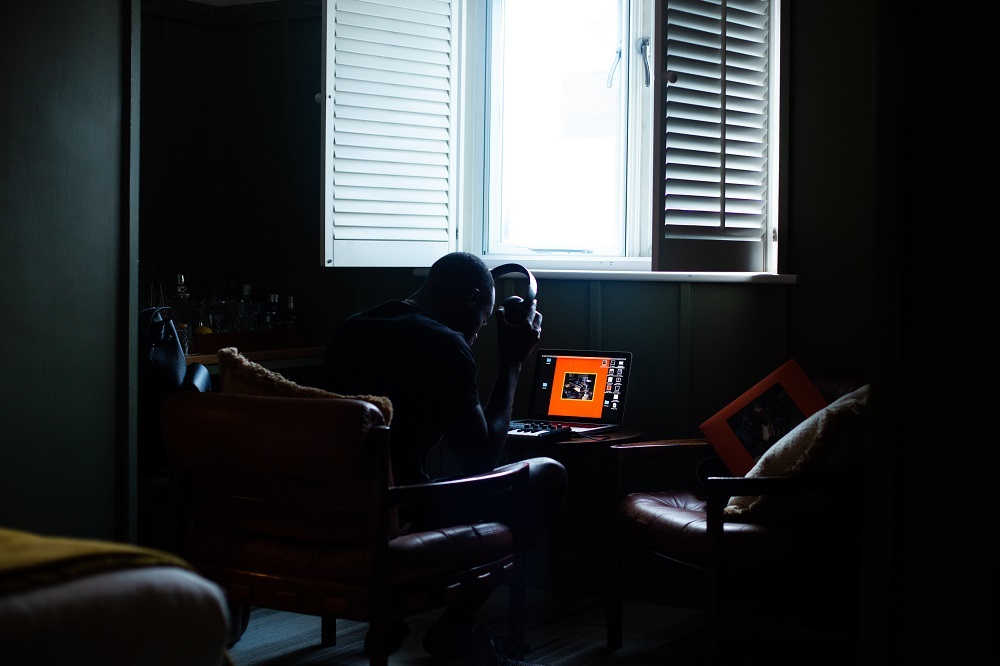 What are your hopes for Recovered Drive 1?
I have absolutely no expectations for how it will do as this release for me was more of a personal achievement. My hopes were to put out music that hasn’t been heard from a time where I was most active in music. I feel that the music I was making in that time period meant a lot to me and I wanted to share that moment.

Could there be a Recovered Drive 2?
No plans to be there is still so much other music from that time made I feel I want to share but it didn’t fit with what Recovered Drive 1 is really about. Maybe some time in the future I will share more but right now I feel people need to hear more recent music from me.

How’s the rest of 2020 looking in what’s becoming a crazy year?
More music from me, I just released a single of a legendary tune that I done with Stormin quite some time ago before he passed away. My brother Sas Killa linked me up with Sharky Major, we worked on getting this tune out through Major Muzik Entertainment so all of the Stormin fans can hear him the way we all remember, Shelling down riddims! The tune is called “Sly Shuttle” and is available on all platforms.

Rest of the year I’m literally producing loads at the moment and also working with a lot of artists on ideas I’ve been coming up with during lockdown so now it’s time to action them. More so I’m looking for new artists to work with and not just in grime, looking for new singers and rappers to work with. Also got something Big lined up but can’t speak much on it at the moment.

Finally, if you could go back in time and give yourself one piece of advice, when would it be and what would you say?
I would go back to when I was most active in music, Then I would say release more music and always keep it fun!

Listen to Recovered Drive 1 on Bandcamp below. You can also find Striver on Spotify and Apple Music.