Previously part of Edinburgh-based dream pop band Collar Up, musician Stephen McLaren has now gone solo, releasing his debut album We Used To Go Raving on Friday, September 29th via Errant Media. We spoke to Stephen about writing music alone and inspiration for the album.

A real attempt, by a hard-working artist, to write a collection of thoughtful songs and interesting music, something worth listening to.

First up, tell us bit about yourself - what first got you into music?
I can’t really pick a particular moment or event that got me into music, more of a series of circumstances and contexts. I grew up in a house where various tapes and records of motown, pop, and disco music were playing, and, as a teenager, I listened to a lot of happy hardcore and hardcore techno with my friends. That, along with learning to play the piano, meant that music was always a part of my life, whether consciously or not.

Were there any particular bands or artists you took inspiration from to form your musical and thematic style?
As I mentioned, I was into hardcore as a youth, and the dreamy, ethereal, euphoric evocations from that genre are still an influence in the music that I write today, even if I don’t really listen much to hardcore/happy hardcore anymore. As an adult, I’ve always enjoyed, and have most likely taken influence from: The Divine Comedy, Arcade Fire, The Smiths, Mercury Rev, James, and Cocteau Twins. When I first listened to Head Over Heels, I was absolutely certain it was the best music I’d ever heard in my life; and I think that James are really underrated, I love many of their songs.

You were previously in Collar Up. What do you gain from that experience?
Lots. We were a great live band, and released 2 albums that I am proud of having written. Apart from that, we met so many great people in music through Collar Up, and got to do some great support slots, and it was my first time in a band, let alone leading one. So many people that came to see us regularly (we had a loyal following), people that played on the same bills as us, as well as the band members themselves, are now my friends. I loved being in Collar Up. I was proud of the band, and I felt that we were under-rated (more widely, I mean. The folk that came to see us were vocal about how much they liked us), and under-exposed.

Why did you decide to go solo?
There are many reasons, but the main one is that I felt that I would be more mobile as a solo artist; taking and refusing gigs depending on what suited me alone. I also wished to take the music down a more electronic line, and I felt that such a big departure in sound would be better off as a separate, new act, rather than with the existing band. It wasn’t a decision that I took lightly, but I think it was the correct decision.

What’s been your best moments of 2017 so far?
So far? That’s a hard one; 2017 has been good so far. I think that the reaction I received to my debut single, ‘We Used To Go Raving’, gave me a lot of encouragement. As I was starting out as a new artist, I was unsure as to how the music would be received, and so the reaction to the single gave me an awfully big boost, which was really important for me at the time. In terms of live, I have really enjoyed all the gigs that I’ve done this year, and I’m buzzing about the prospect of playing to a packed Leith Depot for my album launch on the 23rd September. 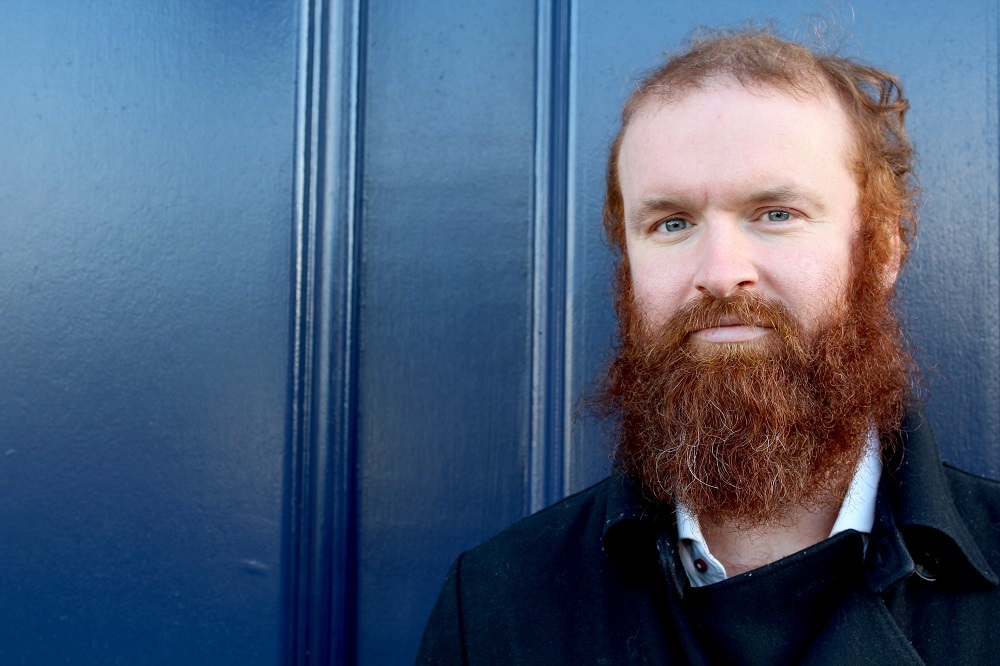 Tell us about your debut album We Used to Go Raving. What’s it about and what drove you to write it?
It’s a collection of songs that range from the personal to the political. So, for example, songs like ‘Immigrants’ and ‘No More (Say Yes)’, are expressly political, whereas other songs in the album may have a few references within that song, whereas ‘We Used To Go Raving’ and ‘Yet Again, I Have Offended Everyone’ are personal, and, in some ways, are pretty nostalgic, looking through events of the past from the lens of my present.

So, I suppose, We Used To Go Raving is a commentary of personal events (that the listener can hopefully relate to) and political issues, with a bit of humour thrown in, as well as a tacit acknowledgement of my limitations of my comments or opinions on the personal or political alike. But, if you can’t be bothered with all of that, just give it a listen anyway - the music is great!

Which song on the album was the hardest to finish?
The title track. I pored over the production of that one for a couple of months, and I think I had, in the end, around 25 - 30 different versions on my computer. It was perfectionism in the extreme, but I eventually summoned the will to just draw a line under it and (painfully) acknowledge that I will never be completely satisfied, that I will always find something wrong with it, and that if I didn’t just finish the tune, then I would surely lose my mind.

Which songs are you most proud of?
The aforementioned, ‘We Used To Go Raving’ is the one that seems to go down best at any live gig that I do, and so I’m proud of that one for that reason. I think that, on the album, ‘Immigrants’ and ‘You Look Older When You Slouch’ are pretty strong, and ‘No More (Say Yes)’ is a song that I will always be proud of, because it is written in support of the ongoing campaign for Scottish independence, which is something that I passionately believe in.

What are your hopes for ‘We Used to Go Raving’?
I hope that the album is enjoyed by as many people as possible - hopefully loads! Hopefully those people will be interested enough to come and see me play live, the more, the better. I also hope that it is well-received critically, and is considered by those critics as I consider it: a real attempt, by a hard-working artist, to write a collection of thoughtful songs and interesting music, something worth listening to.

When did you last go raving?
Friday night.

When and where can we expect to see you on tour next?
I am playing a few gigs before the end of the year, with possibly more to add if I play outside of Edinburgh. They are: Saturday 23rd September (album launch night @ Leith Depot), Sun 1st October (Octoberfest @ The Bier Hoose), Saturday 7th October (in-store gig @ Elvis Shakespeare records, 2.30pm), Wednesday 22nd November (supporting ForeignFox @ Voodoo Rooms), and Saturday 16th December (Little Love and the Friendly Vibes Christmas Party @ Leith Depot). So, come and see me at any of those or get in touch if you want me to play your towns!

If you could collaborate with any living artist, who would it be?
There are many. Locally, it’d be a bit of a dream if I could work with Tinderbox Orchestra on a tune or two. I saw them play at the Leith Theatre recently, and it was absolutely breathtaking, really inspiring stuff. If I could work with absolutely anyone, though, Arcade Fire, Kate Bush, Laurent Garnier, Modeselektor, Fourtet, Franz Ferdinand, god, there are so many names that come to mind that I could go on for ages, all for different reasons.

Finally, if you could go back in time and give yourself one piece of advice, when would it be and what would you say?
I think that when I decided I wanted to take this seriously, I would have said to myself, in hindsight: “If you’re absolutely certain about this, then trust your certainty, and take only the advice of those who support you wholeheartedly.

Listen to Stephen McLaren on SoundCloud below. For news and tour dates visit facebook.com/stephenmclarenmusic.