Sheffield-based rockers Steal The City have released their debut single ‘Beating Heart’ on Redemption / Dharma Records. We caught up with drummer Ellis to chat about their formation, style and hopes for the single.

We adopted the areas of metalcore that we liked, such as the down-tuned guitars, heavy & fast drums, and let Sam do his thing over the top.

First up, tell us bit about yourselves - what first got you into music?
Hi! So we’re all live music nuts. Before starting STC we were all massively active in terms of going to local / national gigs / festivals so I suppose what got us into the scene was seeing our heroes playing to a sea of adoring fans. That’s what every musician aspires to do, right?

You’ve been together since 2014, what brought you together?
Bit of a strange meeting really, all through our singer’s ex-missus (the less said about this, the better!) - essentially myself (Ellis) and Joe have been pals since school, and we were friends with Sam’s missus at the time. We met Sam, got talking about music, they broke up and we essentially black-listed her and stuck with Sam. Smit is a school friend of Sam, and so the four of us formed STC.

Were there any particular bands or artists you took inspiration from to form your musical and thematic style?
In the early days we wanted to be involved in the metalcore scene. We saw bands like Bring Me the Horizon and While She Sleeps gaining serious momentum in the Sheffield scene, but we didn’t sound right playing things that heavy. So instead, we adopted the areas of metalcore that we liked, such as the down-tuned guitars, heavy & fast drums, and let Sam do his thing over the top. It actually sounds nothing like our original plan for STC but we love it!

Why the name ‘Steal the City’?
Steal The City was a joke that got out of hand really. Sheffield is known to the world as the Steel City, so we thought we’d show some sort of homage to that. We get a lot of nods of approval from other local bands, so I think people like it!

You’ve played Tramlines Festival and O2 Academy Sheffield. How did those shows go?
Tramlines we’ve actually done twice now. It’s one of those strange festivals where you basically wander around a city centre and enter any bar / shop / coffee shop and there’s a musician playing. It’s fantastic for the local scene. We’ve played to some packed out venues and even did 3 in one day the previous time we played I think!

The Sheffield O2 Academy is where we went to see our childhood favourite bands, so Good Charlotte, Rise Against, Bullet for My Valentine etc. So to be able to play in the same place was amazing. We all hope that we’ll get many more opportunities in the future!

What’s been your highlights of 2017 so far?
2017 has been our most active year, so its difficult to pick out a particular highlight. I suppose shooting the Beating Heart video was a lot of fun. We did it entirely on our own, we hauled generators for miles into this tunnel in the middle of nowhere, as well as all our amps and drums! So we’d have to say that day was up there. Other than that, playing the Woolpack in Doncaster with Fragile Things was awesome. It is always brilliant, we’re always up for playing there whenever we get the chance. 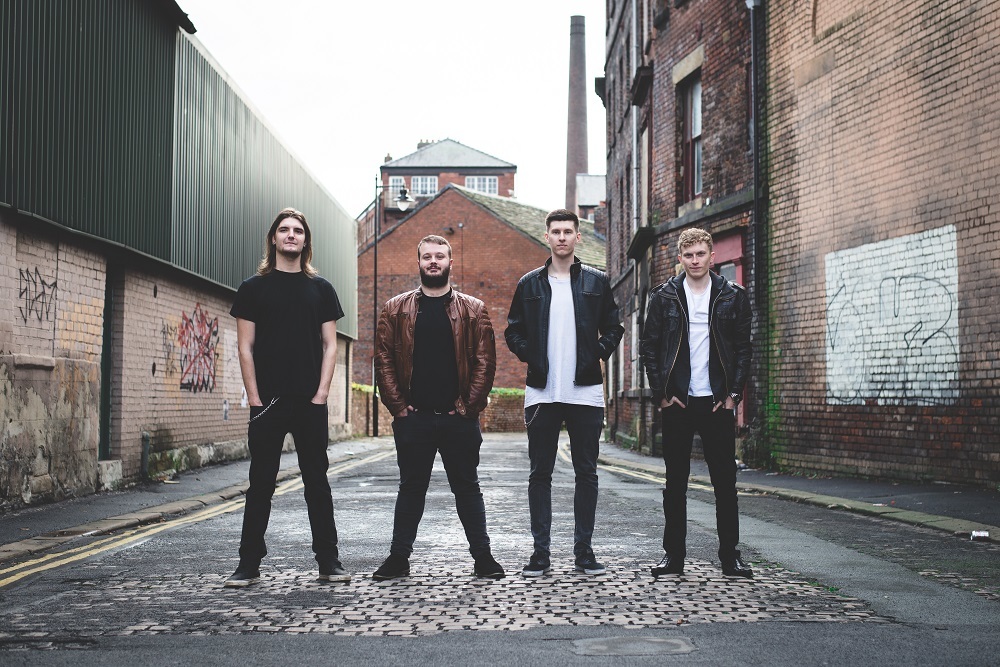 Your debut single, ‘Beating Heart’, is out now. How have you been refining your music over the years to get to a position you’re ready to release your music?
‘Beating Heart’ took longer than any of us would care to admit to get it exactly how we wanted, so I think it’s fair to say we have spent a substantial amount of time refining our music. Our advice to any musician / band would to always do everything you can to put out the best music you can. After all this is your product you’re trying to sell, so why restrict it?

What have you learned over those years?
Since we first wrote the tune we have refined ourselves as musicians, songwriters, and learned a lot about recording. It’s not as easy as walking in the live room, plugging your guitar in and laying it down in 1 take. There’s definitely an art to recording rock music.

When did you write it and where did record it?
Sam wrote the song while working a crappy job (he no longer works there) quite some time ago, but the early versions of the song were revised many times. We recorded the final version at the Blue Studios in Dalston with producer Nathan Smardina after doing a pre-production recording at Redfern Studios in Sheffield.

Do you have any more gigs coming up this year?
Yeah, to name a few we have The RS in Sheffield in September, we’re playing the O2 Academy at the end of September also in Sheffield, and a few other around the north of England. We have a couple of shows coming up in Leeds and Manchester too.

Finally, if you could go back in time and give yourself one piece of advice, when would it be and what would you say?
One piece of advice would be to trust your gut. That’s all we have ever done with STC, and it’s got us this far. We don’t show any intention of slowing down, so that’s what we’d have to say. Although, I’d maybe tip us off about a boxing match or two, buy some extra guitars!

Listen to ‘Beathing Heart’ on SoundCloud below. For news and tour dates go to stealthecity.com.