SwanSounds, also known as SS, co-wrote Dappy’s hit ‘All We Know’, and his latest single ‘How I Stay’ provides a first taste of his forthcoming collaborative mixtape set for release alongside Honey6. We caught up with SS to find out more.

I could literally see someone arguing on the street and that would inspire me in some sort of musical way.

First up, tell us a bit about yourself - what first got you into music?
Music has been around me my whole life. One of my early memories as a child is probably hearing some old school Kenni Burke on a Sunday afternoon blasting out of my Dad’s JVC subs (lol).

Were there any particular bands or artists you took inspiration from?
I feel like I take inspiration from the music I was raised on (the rare grooves, the dancehall, jazz, rock, pop, etc) as it instilled an understanding of music theory in me and, to be honest, nowadays I seem to get inspiration from everywhere and anywhere. I could literally see someone arguing on the street and that would inspire me in some sort of musical way.

How would you describe your style?
I would say my style is a huge melting pot consisting of everything from reggae, RnB, trap, grime and in between. My style is SwanSounds. You know when you here my style or my sound because I try to be different from the rest.

Why ‘SwanSounds’, or ‘SS’?
My surname is Swaniker so I just shortened it to swan and added sounds to it. I’m due to switch it to just “Swan” shortly because tbh, everyone calls me Swan anyway.

If you could collaborate with any living artist who would you choose?
Mike Skinner and Mike Posner. I believe we would make good music that would please and bring joy to people.

You produced and co-wrote Dappy’s hit ‘All We Know’, as well as starring in the video. How did that come about?
I was in the studio working on ‘Bad in Real Life’ with Fazer when Dappy pulled up. I remember I played like eight beats and he picked four of which one of them was the ‘All We Know’ beat. We got together a couple of sessions later and wrote the song in my studio. The rest is history.

I was really pleased with the track and even happier when it entered the national charts at no. 63, the UK urban chart at no. 7 and the nominations for best single and video it got at the UMA’s. 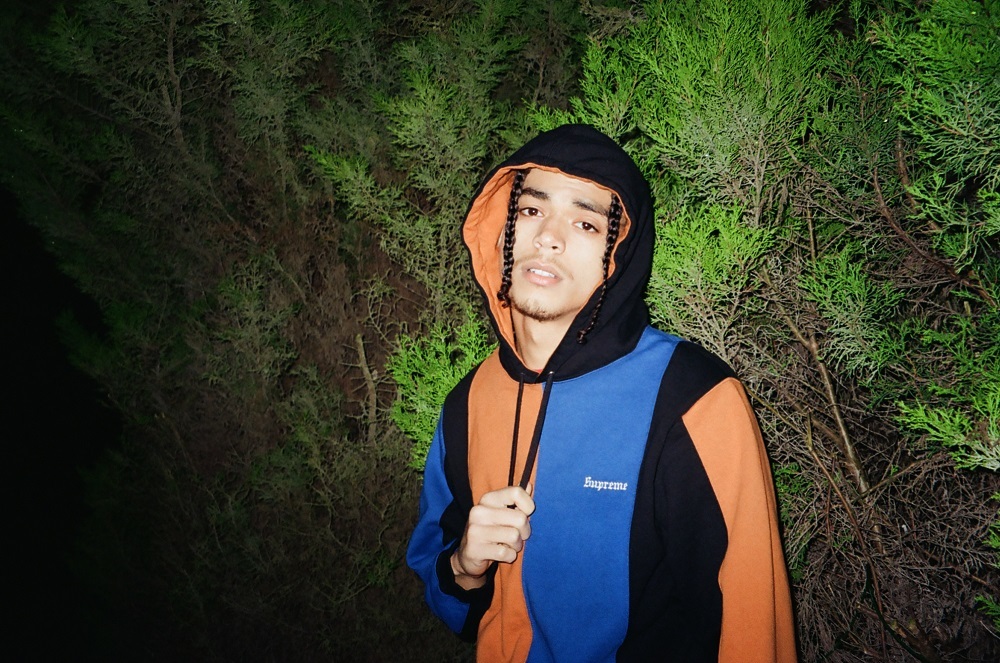 Tell us about your new single ‘How I Stay’. What’s it about?
‘How I Stay’ came about while I was making a beat on live (Instagram) and Honeywoodsix joined and was like, “send me this now”, as he got a vibe off it and wanted to finish it. He worked on it and sent it back within an hour, and I laid the song in the same night.

When did you write it and where did you record it?
So we got a nice little space where we’ve got our music studio (Sound Records Ltd) and our filming studio (ARCHIVE.) where I do all of my music and major parts of filming. I don’t really write, my process is kind of weird because I tend to freestyle sometimes and other times I’ll write phrases, or a word I like, and go from there.

How does ‘How I Stay’ represent your style?
The soft tones with a mixture of the melody raps, that’s me.

What are your hopes for ‘How I Stay’?
I just want to see people turning up to my music and enjoying themselves.

‘How I Stay’ is taken from your forthcoming collaborative mixtape set for release alongside Honeywoodsix. When can we expect to hear it?
Sooner than you think. Watch this space because we got a few things coming.

What other plans do you have for the rest of the year?
Focus, focus, focus! That’s the plan for 2019.

Finally, if you could wish for one thing to happen for you this year, what would it be?
To perform at Wireless…

Watch the video for ‘How I Stay’ on YouTube below. For news and tour dates go to the SwanSounds Facebook page.