SPISH is Pittsburgh artist Nate Die, who’s spent the last year building a small orchestra to perform his jaunty indie rock. He’s just released a video for ‘We Like Jesus’ taken his album Building A Family that enlists Adult Swim artist Jack Stauber to bring it to life. We spoke to Nate about the video and what SPISH is all about.

‘We Like Jesus’ is a soft reminder that death is silly to worry about.

First up, tell us bit about yourself - what first got you into music?
I’ve always seen music as a peak form of communication. It’s malleable and now. I wrote a book once but reading isn’t always accessible. The chapters were carved into albums for my first few projects.

Were there any particular bands or artists you took inspiration from?
Annie Clark’s earlier works were used as reference tracks when mixing Building A Family. She has a wall of instruments behind her, lots of transitions between them, and everything is EQ’d gracefully. Her second album has some air in the mix, too. I work with a lot of low-end equipment and get a lot of air. I wanted a big sound. It really pushed me to sculpt my work better.

How would you describe your style?
It’s kinda like when your stomach is hurting but you haven’t even eaten anything yet to make it hurt. The pain goes on for hours, maybe a day. Maybe you try eating, but that doesn’t work, and you’re so full of it by now that it’s about to bust open like an egg. You pull up your shirt and look at your belly. It’s glowing. There’s a hand poking forward from under the skin and you can feel the faintest vibration in the back of your throat. Your fork drops to the ground.

Why ‘SPISH’?
It’s the sound of a hot coal falling into a bucket of water.

If you could collaborate with any living artist, who would it be?
I’d like to do a true rendition of the Ghostbusters theme song. It wouldn’t be appropriate without another movie though. So really, any Hollywood exec that will exploit the franchise.

You’ve just released a new video for ‘We Like Jesus’ directed by Jack Stauber of Adult Swim and Off the Air. How did Stauber come to be involved?
The year was 2017 and we were performing for a Foxygen after party in Pittsburgh, PA. He was talking about sandwiches a lot during his set. Afterwards, we ate cheese and sesame seed sandwiches (Jack’s recipe). “This is good,” we said in unison.

That fall we took a small tour together and the idea for a skill swap sparked up then. A few weeks later the video was filmed. Technically, he will own my first born child because of it.

What was it like working with Stauber?
I admire him a lot. He’s a hard worker and witty as hell. I’ve learned about proper workflow and how to handle creativity. Most of this has come over the course of our friendship, though. The video’s concept and creation was almost entirely Jack. 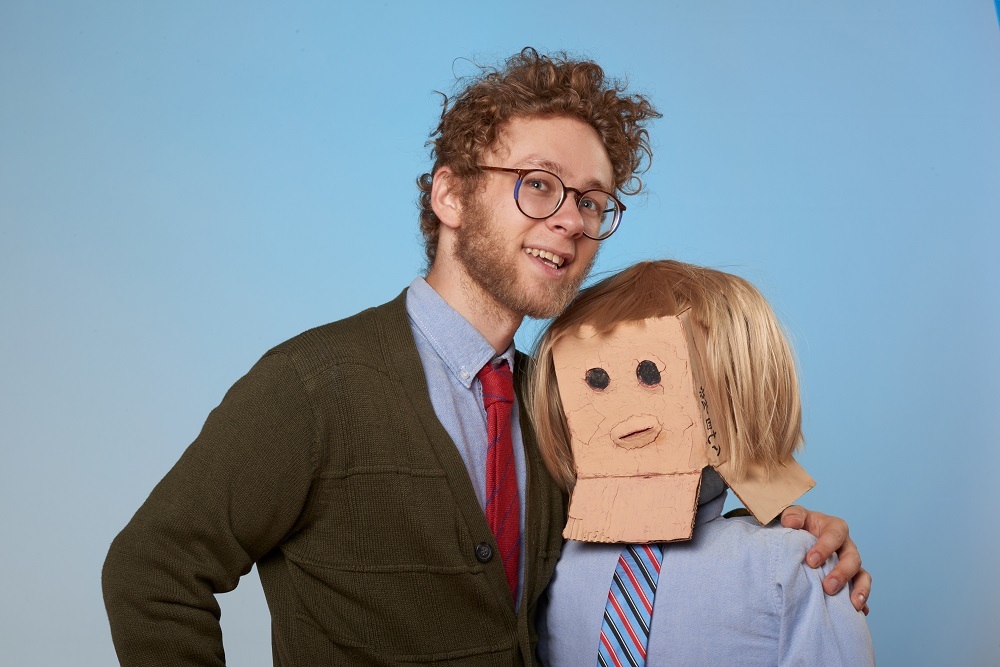 How did the video build on the theme of ‘We Like Jesus’?
It carries some awkward angst to it. The Jesus is faceless and I’m singing while spinning. As the song settles into a darker theme, the video gets more absurd. It’s a soft reminder that death is silly to worry about.

Are you pleased with the result?
Absolutely! I think it’s incredibly well orchestrated.

Tell us more about ‘We Like Jesus’… what’s been the response to the song?
It’s an anthem of sorts. A lot of people sing along at shows and tag us while listening to it. For shows, we play Amazing Grace beforehand and ask that everyone remove their hats. Doing so adds a familiar form and that momentum carries itself pretty fluently throughout the song.

I will add that we have been deemed “Christ Killers” in the comment section on several occasions, though.

My biggest hope is that folks stay away from the latter. It’s toxic and bothersome. I don’t have any agenda against organised religion. It’s more about being aware of its forms.

Over the last year, you’ve built a small orchestra to perform your work. How did that all start?
I had a 3-piece for a couple years prior. We all had different pursuits and the project faded slowly. I was on the cusp of releasing “Building A Family” when it was confirmed that the other two would be leaving. Everyone stuck around for the initial launch but it ended by the new year. I was worried. A lot of passion went into the project as a whole and I wasn’t ready to watch it die.

I’ve always been fascinated by the idea of a show or “production,” and the notion of a bigger band kinda just hit me in the head. Something like the Power Rangers or Mystery Incorporated. I contacted everyone I wanted to be apart of it; all were people I’ve worked with through other endeavors. I’m paraphrasing a tiny bit but they all said “yes Nate I love you endlessly” when asked to join.

How have the live shows developed?
Everyone in the band is wildly talented in general. We’re certainly an odd group of inventors, designers, and artists. All that creativity and ingenuity has sparked some pretty wild show gimmicks. We kind of have an unspoken rule where we’ll do anything the others tell us to do. Often it’s a joke until it happens. Every show feels more intense, almost like we’re floating right through it or something. Scary, really.

When and where can we expect to see you on tour next?
We just finished up our fall run. We’ll be playing at some functions on the east coast through the remainder of the year, and going through the south and midwest come spring. This is the first time I’ve worked with people who want to tour as much as me. We’re all very excited to grow.

Finally, if you could go back in time and give yourself one piece of advice, when would it be and what would you say?
I should’ve killed Larry King when I had the chance. Not the TV guy Larry King but the other one.

Watch the video for ‘We Like Jesus’ below. For news and tour dates go to spish.tv.