Solo Collective is a contemporary classical ensemble comprised of German chamber musicians Alex Stolze (violin) and Anne Müller (cello) with British pianist and producer Sebastian Reynolds. The trio present themselves as a rotating cast of three neo-classical soloists who take turns in the spotlight, with the other two providing supporting roles. We spoke to Alex about their formation and debut album Solo Collective Part One.

We pretty much speak the same musical language, but play different instruments that share a long common history

First up, tell us bit about yourself - what first got you into music?
I was a small kid living in East Berlin when I chose to learn to play classical violin and from the tender age of 8 I was performing in churches and doing yearly exams. As I grew older I discovered that the big wide world had much more to offer than studying the violin, but I nonetheless kept connected to the instrument.

What was it that brought you together?
We are not a band at all, but conceive of our collective as a collaborative endeavour where the three of us each contribute equally to the work of the other artists. The initial idea of the Solo Collective came from the wish to write music as soloists and collaborate with others at the same time.

Were there any particular bands or artists you took inspiration from to form your musical and thematic style?
The three of us have a wide range of musical influences, but we certainly have common interests. We are all fans of composers such as Arvo Pärt, we all have stories about how we were moved by his music as far back as childhood.

How would you describe your style?
We all write contemporary classical music and sometimes call it chamber-pop or modern classical.

How does the dynamic between the three of you work?
We pretty much speak the same musical language, but play different instruments that share a long common history, therefore it’s easy for us to combine our passions for atmospherics and to help develop each other’s pieces. 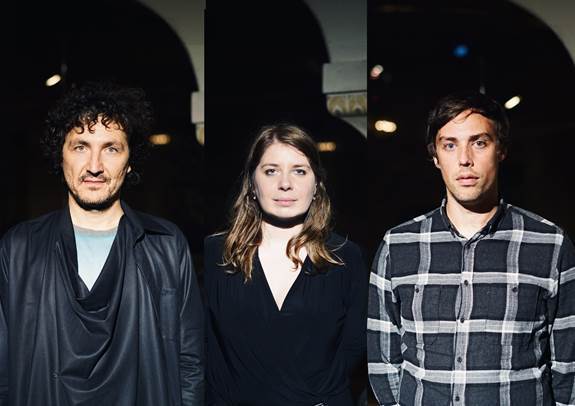 Tell us about your album Solo Collective Part One. Which tracks is it formed of?
Solo Collective Part One consists of six tracks (two from each artist), of which three were recorded live at the Roter Salon in Berlin this year and three are studio productions. If you buy the album online you will receive a remix by Qrauer of my track ‘Cell To Cell’ as a bonus track which offers a different perspective on the classical meet electronic aspect of Solo Collective’s music.

Over what time period was the music written and where was it recorded?
Most of my music was recorded near the Polish German border, in the middle of nowhere, where my studio is located. The piece ‘Cell To Cell’ was inspired by the art of my dear friend Mariechen Danz , who contributed to this year’s La Biennale di Arte in Venice. ‘Don’t Try To Be’ is a live version of one of the tracks originally featured on my debut EP ‘Mankind Animal’, with the added intimacy of Anne’s cello parts.

How would you like your listeners to approach the album?
If listeners relate to the record as being a contemporary work, but at the same time have a sense of its connection to both the history and the future of compositional music, I’d be honoured.

What are your hopes for ‘Part One’?
To open hearts and eyes.

What can we expect from your live shows?
The audiences will enjoy an intense performance by a modern chamber ensemble performing varied, experimental pop structured modern classical music

Any idea when we might hear ‘Part Two’?
We will continue to record our performances and work out new material in the studio and hopefully release Part Two within the next two years…

Watch the video for ‘Holy Island’ by Sebastian Reynolds below. For Solo Collective news and tour dates go to sebastianreynolds.co.uk.