Just Crazy Enough is the new album from folk/pop band Shel. Formed of four sisters from Fort Collins in Colorado, Shel is an acronym of their names Sarah, Hannah, Eva and Liza. We found out more from lead vocalist Eva who also plays mandolin and guitar. 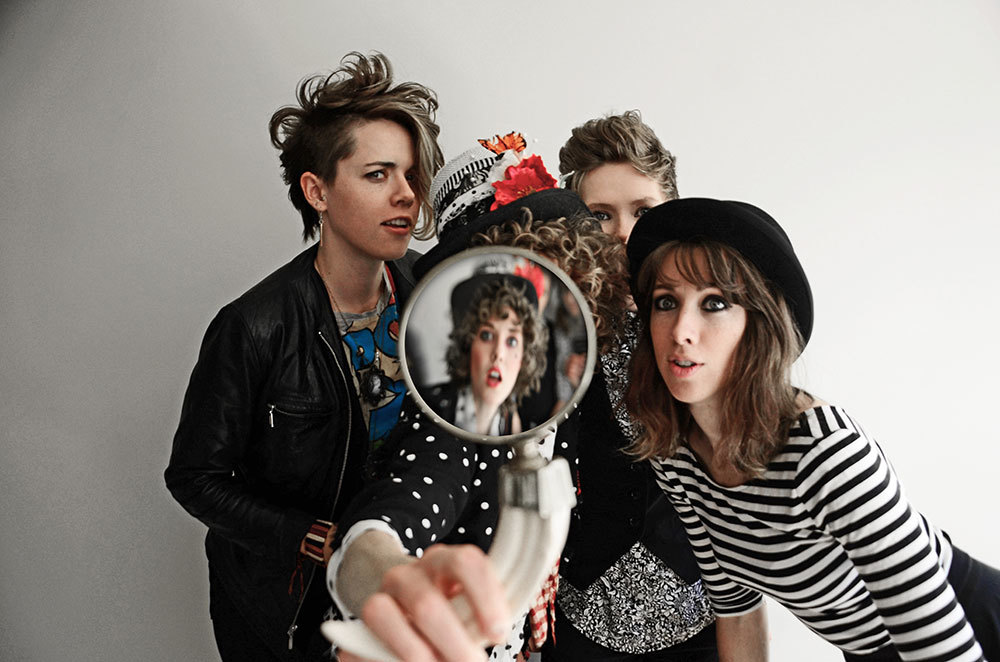 The awkward giraffe with glasses that tries to run with the herd of sleek wild horses.

What is your current goal? To create a musical escape for ourselves and our fans.

What was the biggest lesson you learnt in 2015? Be yourself and serve others.

What was the musical highlight of 2015? Playing at Red Rocks.

Who are you excited to hear from in the remainder of 2016? We keep hoping that extra-terrestrial life forms will try to make contact with our planet. If that doesn’t happen I guess we’ll settle for a new single or album from Alt-J.

Tell us about the record you have just released… We call it Just Crazy Enough, probably because we got to do things that we were too sane to do on the last album. We also co-produced it with Dave Stewart, and he encouraged every ounce of crazy we could squeeze out of our brains. There was a lot of brain squeezing on this album.

If you had to pick three artists to be filed next to, who would they be and why? Can we talk about this in familial terms? We would like to be Alt-J’s little sister, the less evil twin of Vampire Weekend, who has a bad crush on St. Vincent.

What inspired the record? Thematically, the challenges and questions of existence in the real world and in your own head. Musically, the innovative and imaginative bands of the 60s and 70s, as well as 1800th century classical and romantic composers.

If the record were an animal, what animal would it be? The awkward giraffe with glasses that tries to run with the herd of sleek wild horses.

Define your sound in five words… Special, candy, you, should, eat.

If you could jam with one artist alive or dead, who would it be? Jimmy Page.

If you could have written one song by another artist, what would it be? ‘Sympathy for the Devil’ by The Rolling Stones.

Someone is making a film of your life, who will play you? Can we reincarnate Marilyn Monroe?

Lastly, tell us one thing you have never revealed in an interview… I’m only in this world on Tuesdays.

*For all the lastest news and tour dates about Shel head to shelmusic.com.