Shaydee has collaborated with Wizkid on his latest release ‘Make Sense’, bringing together a mix of Afrobeat and RnB influences. We chatted to Shaydee about his first release since signing to 506 Music.

I make world music because I mess with different genres, and I don’t like to be put in a box where there’s a limit to what I can or can’t do creatively.

First up, tell us bit about yourself - what first got you into music?
I’m a singer, songwriter, performer and altogether a music enthusiast. I’m 100 percent Nigerian an a graduate of Electrical Engineering. I got into music when I was in high school, but I took it a step further when I got into university and I haven’t looked back since.

Were there any particular bands or artists you took inspiration from to form your musical and thematic style?
Yeah, definitely. Growing up I was inspired by the likes of Bob Marley, Fela Kuti, R Kelly, Stevie Wonder, Lauryn Hill to mention a few. But I kept working on myself to come up with my own sound.

How would you describe your style?
I would say I make world music because I mess with different genres, and I don’t like to be put in a box where there’s a limit to what I can or can’t do creatively.

You’ve partnered with 506 Music. How did that deal come about?
I would say it was just the right time for us to work together and, most importantly, we have the same goal which I feel is the foundation for success.

What’s been your best moments of 2017 so far?
I was quiet for the most part of the year coz I was working more on myself and creating a lot of content and the break was definitely worth it because so far everyone is loving the new music and every time people appreciate my work, it’s always the best moment for me. I make the music for the people. There is so much more to come.

Tell us about your new single ‘Make Sense’. What’s it about?
It features Wizkid and it’s a cool viby record that pretty much talks about the worth of a particular female, and how much I appreciate her. It was produced by Spax and co-produced by myself.

When did you write ‘Make Sense’ and where did you record it?
I literally just came up with the title ‘Make Sense’ before anything else and I hit up my man Spax, we got together and made the instrumental, I wrote the hook and my verses right there and then for the whole song. Days later I played it for Wizkid and he loved it, so I took out my second verse for him to jump on it. I’m glad he did because he murked it as always. Big-up starboy! He always comes through. 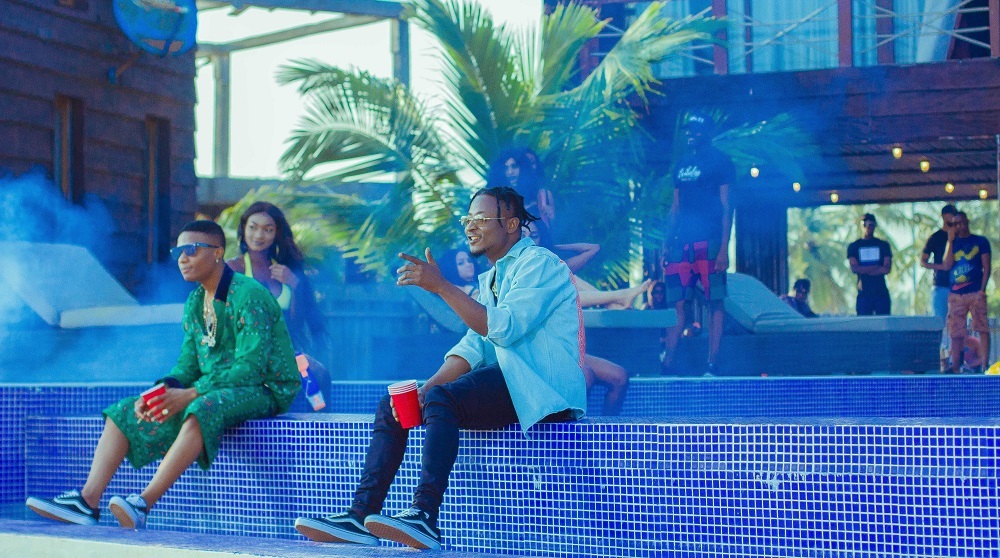 You worked with Wizkid on ‘Make Sense’. What did he bring to the record?
It’s always a vibe working with him because we been working closely together for about six years now. We always compliment each other on records (which I feel collaborations should be about) going back to records like ‘Won Gbo Mi’, ‘Number One Lover’, etc, just to mention a few past releases with Wizkid.

How does ‘Make Sense’ build on your previous releases?
‘Make Sense’ is definitely a vibe but at the same time, it’s just one of the many new records I have for my fans in the coming weeks and months. I am all about good music & that has always been the case. Right now I am just more focused on what I want and what I need to do to get to where I need to be.

You co-produced ‘Make Sense’ with Spax. How did you find working with him?
I have known Spax for over 18 years so I would say we do have a long history of working together, and we definitely connect when it comes to making good music, so it was pretty easy to get it done.

What are your hopes for ‘Make Sense’?
I hope the fans really vibe with it and make it go viral because its amazing music, and we shot a dope video to go with it.

When and where can we expect to see you on tour next?
I’m working on that with my team. There are ongoing plans for that because the fans are the most important, and I need to be out there performing for them and feeling their energy directly, because that’s why I do what I do. Lock in to my social media pages to get updates as events come up (instagram/twitter : @shaydeeboi).

If you could collaborate with any living artist, who would it be?
Rihanna. Just because I feel we would connect on a record. Anything can happen.

Finally, if you could go back in time and give yourself one piece of advice, when would it be and what would you say?
Hmm… hindsight is 20/20. I keep looking forward and learning from my experience. That’s what makes life worth living.