UK indie rock artist Saturn Saturn Saturn, aka singer/songwriter Ben Capper, writes songs about memory, despair, hope, optimism, pessimism, love, anger, and empathy. His latest single is ‘The State We’re In’ and we caught up with Ben to find out more.

The song is my exploration of how we got here - how things like Brexit and Trump happened. And for me, the weaponisation of nostalgia is what has driven a lot of these very regressive political and cultural movements.

First up, tell us about yourself - what got you into music?
I’m from the northwest of England and live in Liverpool (the best city in the UK - it’s official!) I’ve been playing music for most of my life having been in various loud guitar based bands since I was about 16 including a band called The Mighty Saguaro that I was in from about 1997-2004. That band got a degree of notoriety on the British independent music scene in the early 2000s, and those people that know me, probably know me from that band. I’m now 43 and Saturn Saturn Saturn is my first solo project having taken a long break from music of about 8 years.

I first got into music when I was seven or eight listening to my Dad’s “The Beatles’ Greatest Hits” cassette on holiday in Spain. When I was about 13 I picked up a guitar and got really into both Jimi Hendrix and indie alternative rock (it was the early 90s). But I was particularly drawn to melodic but energetic guitar music in the vein of Bob Mould / Sugar and the DIY punk rock of Fugazi and the DC / Dischord music scene.

What I do even now definitely has its roots in that early inspiration.

Were there any particular artists or groups you took inspiration from?
I’d say that my favourite artists of all time are The Beatles, Jimi Hendrix and Fugazi. So all of them but also bands like The Byrds, Big Star, Teenage Fanclub, PJ Harvey, Bob Mould, and some of the psyche moments of bands like Mogwai and The Besnard Lakes.

I think you can hear elements of all them in my stuff.

Loud guitar bands, with great songwriting who do things in their own terms, essentially. 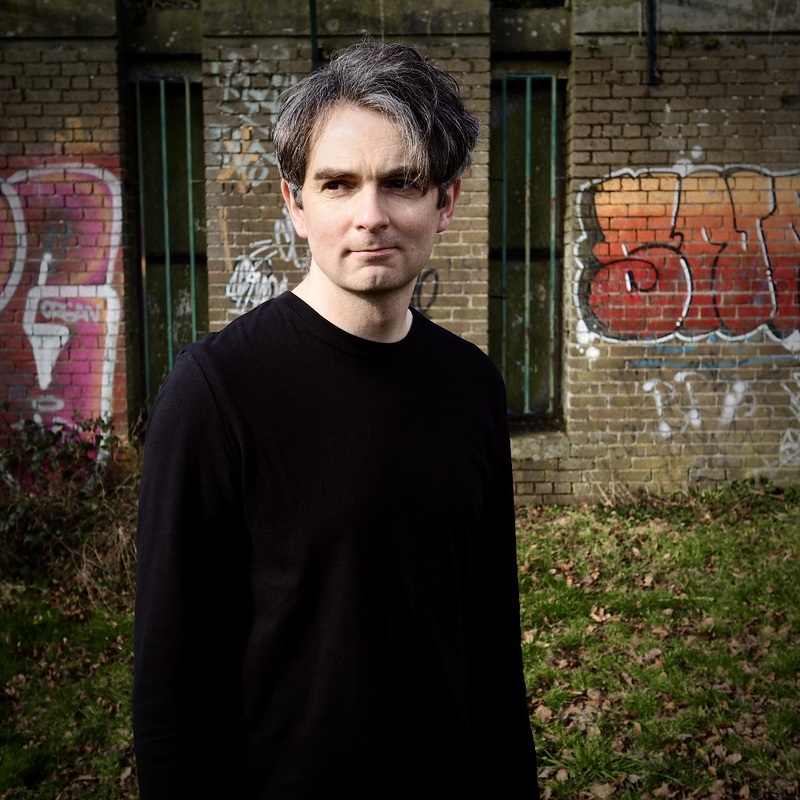 You’re formerly of The Mighty Saguaro. What did you take from that experience?
A lot of great memories and happy times. Definitely an appreciation that it’s really important to do things on your own terms and not to compromise your principles and independence. That approach might ultimately make you a difficult sell to record companies but it can mean you make great music nevertheless.

The other really important thing is relationships. Especially when you’re doing things for yourself, having friends who you believe in and believe in you is vital. And the fact that I’m able to do stuff now and some people get to know about it is down to the fact that I’ve retained a lot of good friendships from doing music back then.

How do you find writing solo?
I enjoy it a lot. And it very much suits where I am in my life now. I do miss collaborating with other people. But the ability to have some inspiration, record it, listen to it, tweak it and make it work to your exact vision is a different but really nice way of doing it.

Why Saturn Saturn Saturn?
I’m terrible at coming up with band names that aren’t either ridiculous, unintentionally hilarious or pretentious. I was struggling to find a name for the project (as I didn’t want to call it “Ben Capper”).

So I asked my five-year-old son and regular collaborator, Fox, who happens to be an absolute expert on everything to do with the solar system. His suggestion was “Saturn Saturn Saturn”. So it kind of stuck. And here we are.

How would you describe your musical style?
I’m under no illusions. I’m a 40-something white guy playing guitar who’s influenced by classic pop from the 1960s and 70s and by alt rock from the 90s.

It’s probably “indie-rock”. But I prefer the term “power-pop”.

If you could collaborate with any living artist, who would it be?
That’s a tough one. On one hand there are people from my formative years that are still making great music. Teenage Fanclub and Bob Mould are great examples of that. They’ve definitely shown how you can embrace middle age (and later middle age) and still make really amazing, very heartfelt music, let’s say, “post-40” without it sounding like a throwback. They also come across as super lovely people in their interviews as well, which always helps. So possibly one of them.

But on the other hand, I do like a lot of the work that a lot of younger, mostly female, artists are doing right now in indie rock. Phoebe Bridgers is the most obvious example of that. But also artists like Big Thief, Deep Sea Diver and Sharon Van Etten among others. The one I probably find the most interesting is Julien Baker. I think she’s a really interesting song writer and a great guitarist. And “Faith Healer” is my favourite song of 2021 so far.

So maybe a trio of me, Bob Mould and Julien Baker. That’d work I reckon.

Tell us about your newest single ‘The State We’re In’. What’s the inspiration behind it?
Musically it definitely came together as an amalgamation of all the artists I’ve just described - maybe with a bit of Bruce Springsteen thrown in.

I’m a sucker for a good harmony and I think you can probably hear a lot of Big Star influence in the chorus in particular.

I knew it needed something spectacular so I asked my good friend and former band mate from The Mighty Saguaro, Craig Williams to contribute a guitar solo which I really love.

Lyrically it’s kind of a lament. The rise of populism and the continuing use of culture war by political leaders really worries me and makes me really sad for the world we’ve become. The song is my exploration of how we got here - how things like Brexit and Trump happened. And for me, the weaponisation of nostalgia is what has driven a lot of these very regressive political and cultural movements.

When did you write it and where did you record it?
It was between December 2020 and February 2021. Lee Christian did the mixing which happened in February.

How does ‘The State We’re In’ represent your style?
You never set out in writing a song to say “this is going to be the song that defines me”. You just sort of get on with it and you use sounds and influences to express what you want to say. And how it turns out is how it turns out.

But if I wanted a song to describe my style and sound succinctly, it’d probably be this one. There’s a pretty distinctive melody with an energetic rhythm section with tons of loud guitars.

It’s a style that I inevitably keep coming back to. 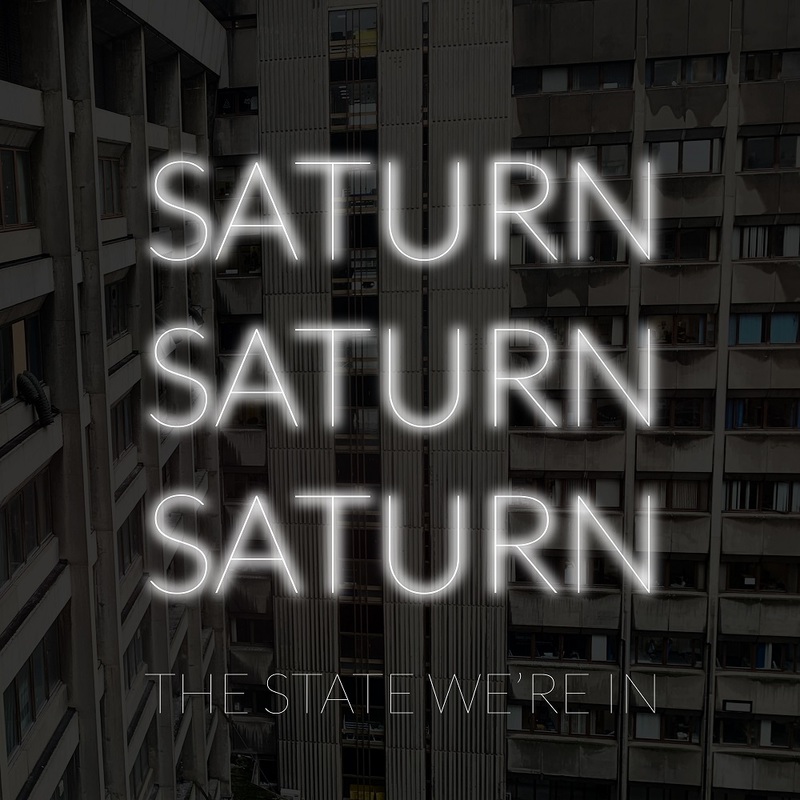 What are your hopes for ‘The State We’re In’?
That people find it, enjoy it and find some truth in it. That’s really it.

How’s the rest of 2021 looking for you?
I’m working on some new material that will be out in the summer. That’ll be a three-song EP released on my Bandcamp page and the usual streaming channels.

And then after that, who knows? It’s so difficult to plan far ahead at the moment. I’ll just go where the inspiration takes me.

Finally, if you could go back in time and give yourself one piece of advice, when would it be and what would you say?
I think I’d go back to around 2001 when my band The Mighty Saguaro were starting to gain some traction and get noticed nationally.

The advice would probably be that, sure, you might “make it” and get famous and be successful enough to make a living playing music.

But you probably won’t. So don’t worry about it.

Concentrate instead on keeping it real (whatever that means to you) getting great at what you do, improving what you do, reaching as many people as possible, and doing it on your own terms. That way is the way to make really amazing, original music that moves people.

And remember to have fun doing it. You can get very bogged down in the details of being a musician or being in a band that sometimes the bigger picture can get a bit blurred and you forget that for everything, playing music is meant to be meaningful and enjoyable.

It’s a form of expression that you should cherish and find joy in.