Sam and the Womp

Sam and the Womp topped the UK charts in 2012 with their debut single “Bom Bom”, but since then they have slimmed down from a trio to a duo. Now trumpeter Sam Ritchie and Dutch-born singer/songwriter Bloom, the pair have retained their big brassy sound, grooving drums and womping bass with new single “Fireflies” out now. We caught up with Sam and Bloom to find out more.

It is a kind of bassy house dance song and the video is very magical and neon.

2016 - what is your goal?
Sam: To have as much fun as possible playing our music.

Did you make any new year’s resolutions?
Sam: To focus on practising more and being as good musicians as we can.

What was the biggest lesson you learnt in 2015?
Sam: To let things happen, not try to force them.

What was the musical highlight of 2015?
Sam: Writing and recording at the cowshed studio in North London - some magic happened then.

Who are you excited to hear from in 2016?
Sam: Particularly feeling Jack Garratt and his amazing instrumentalist skills and the new Radiohead that has just come out.

Tell us about the record you have just released…
Sam: Our new single “Fireflies” is an explosion of brass and bass that we are very proud of. It is a kind of bassy house dance song and the video is very magical and neon! Bloom’s vocal and performance is very captivating. It is out now.

If you had to pick three artists to be filed next to, who would they be and why?
Sam: Louis Armstrong because of his amazing trumpeting skills and huge smile. Tom Waits because of his gravily tones - he is Bloom’s favourite. And Major Lazer for their immense bashment beats. 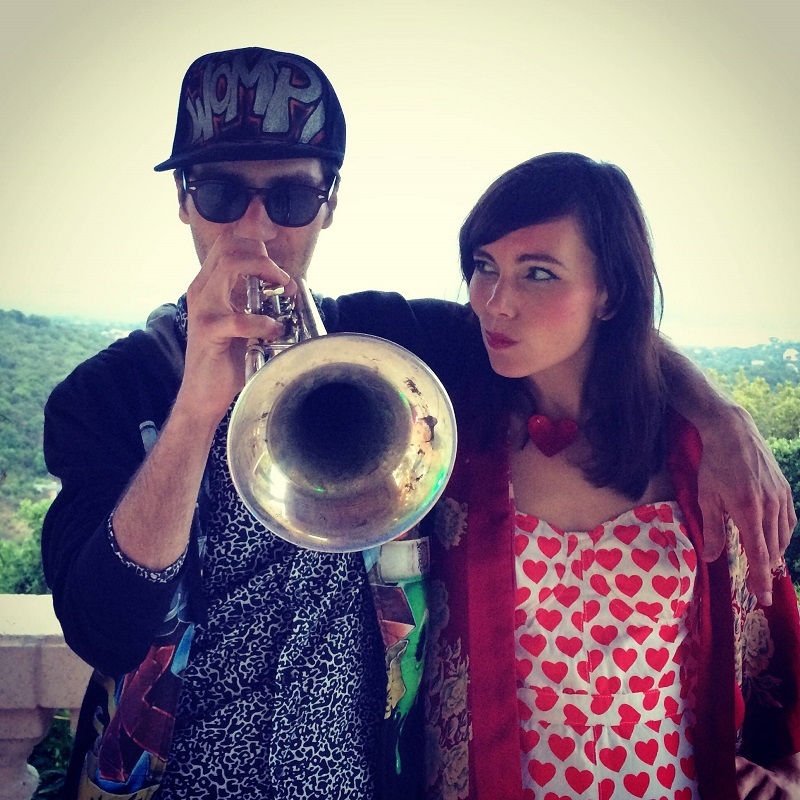 What inspired the record?
Sam: “Fireflies” was written very spontaneously - we were just writing out of enjoyment without any pressure. We imagined playing with the fireflies…

If the record were an animal, what animal would it be?
🐯 a firefly!

If you could jam with one artist alive or dead, who would it be? Here are 3!
🐯 Miles Davis, Erik Satie, Elvis Presley.

If you could have written one song by another artist, what would it be?
🐯 “Mojo Pin” by Jeff Buckley.

Someone is making a film of your life, who will play you?
🐯 Johnny Depp (says Bloom!)

Lastly, tell us one thing you have never revealed in an interview.
Sam: We like wearing sandals ‘n’ socks!

Watch the video for Sam and the Womp’s latest song, “Fireflies”: