Sally Caitlin is a 23-year-old singer-songwriter from Manchester who writes electronic pop music with heartfelt, autobiographical lyrics. This year she’s been releasing tunes from her ‘Experiments’ EP and we spoke to her about latest song ‘Déjà Vu’.

Experiments is a concept album with a narrative running through the tracks. If you listen to the songs in order, they represent the different stages in a toxic relationship.

First up, tell us bit about yourself - what first got you into music?
I’m a 23 year old singer-songwriter from Manchester, who makes electronic pop music with a bit of an edge. I’ve been writing songs at the piano since I was about 15 years old and I got a real passion for making music. I’ve been releasing songs for a couple of years now and feel like I have finally found my identity and direction as an artist.

Were there any particular bands or artists you took inspiration from to form your musical and thematic style?
From a songwriting perspective John Mayer has always been a huge influence, along with Fleetwood Mac, but I’ve also been influenced by producers like Chainsmokers, Cheat Codes and Pendulum. In the past year or so, artists like Banks, Terror Jr and Kiiara have led me in a slightly different direction.

How would you describe your music in three words?
Honest, emotional, fun.

How do you approach writing music? Is there a common starting place at all?
Writing music is often a way to clear my head when I’m getting stressed and anxious. I don’t deal with my emotions particularly well as I don’t like to open up, so songwriting is my way of releasing the tension and letting myself be vulnerable. I used to always start with the lyrics and go from there, but nowadays it can be melody, lyrics or even a production idea that inspires a song. I tend to write at the piano and then expand my ideas out from there.

You released your first single, ‘Stuck in Limbo’ in November 2015. What was the response to that single?
The response was great with it premiering on The PopShock and the video premiering on Female First. The UKG Remix was featured on Certified’s SoundCloud account, which was amazing as it expanded my audience.

What did you learn from that experience?
I think I was very naïve when I first entered the industry and I let myself be taken advantage of a little bit. I learned loads of valuable lessons, and I’m definitely still learning, but the big ones were not to expect too much at the start of your career and not to spend too much on promotion when you can do a lot yourself in the beginning.

Last year, your first EP, Not Stupid Anymore, came out. How did that build on your style?
When I released Not Stupid Anymore I was still finding my voice as an artist and whilst I do love some of the tracks on the EP, I feel like I have matured a lot since then. ‘Not Stupid Anymore’ was written all about one relationship, which shaped me as a person, but when that relationship ended I changed a lot and because of that, my music did too. 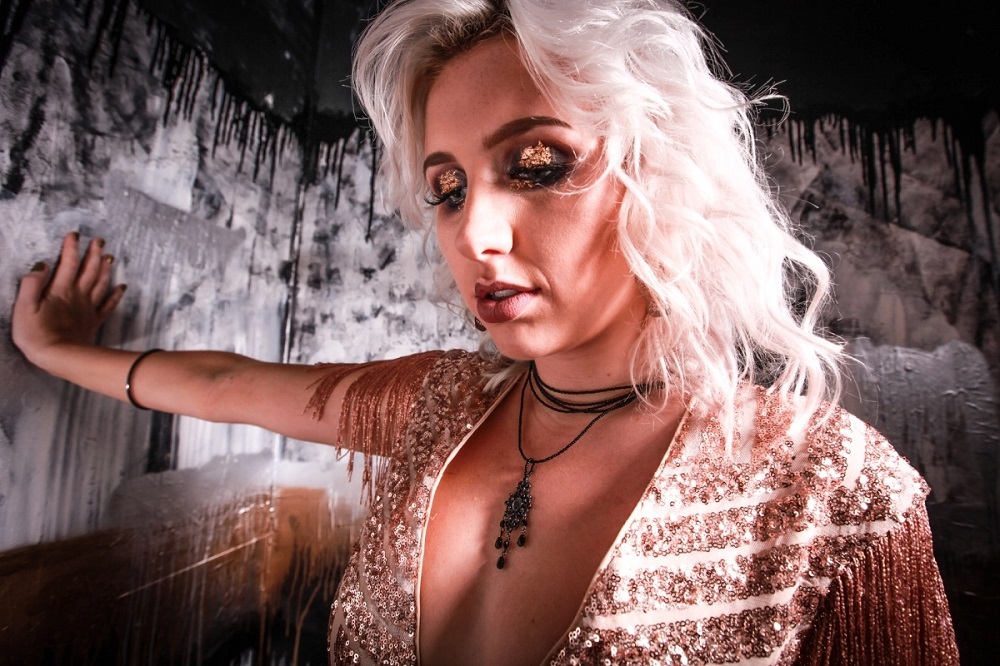 You’ve been releasing music from your Experiments EP this year. What’s the EP about?
Experiments is a concept album with a narrative running through the tracks. If you listen to the songs in order, they represent the different stages in a toxic relationship. I drew inspiration from my experiences when writing the story and I compiled a few different people together to create the antagonist in the narrative. It’s a very personal EP and I’ve had much more control over the direction of the songs so it’s the release I am most proud of so far.

When did you write it?
‘Take It All’ and ‘You Are My Weakness’ were two songs I had written a while before recording the EP but had always wanted to pursue. ‘Poison’, ‘Lead Me Down’ and ‘Déjà Vu’ were all written last spring and summer specifically for the EP in order to complete the story I wanted to tell.

‘Take it All’ and ‘Lead Me Down’ have both been aired as singles. What response have you had for them?
As my previous EP was very different to the new material, I was worried people wouldn’t like it as much, but the response has been the opposite. I’ve had a lot of support from local and regional radio, along with music blogs. My fans seem to love both the singles and have been lovely on social media and at gigs!

Your new single from the EP is ‘Déjà Vu’. What’s it about?
‘Déjà Vu’ is a song I wrote in response to finding out someone close to me was lying to me and letting me down. As I had just come out of a relationship, I felt that this was happening too often and I was always trusting the wrong people and making the same mistakes. It’s a song about feeling like an idiot because you keep falling for the wrong people and being a bit naïve, but feeling like you have now become wise to that.

When did you write it and where did record it?
I wrote it last summer after a conflict with a close friend. I recorded it in Mansfield with Electric Bear Productions.

What’s been the most memorable bout of déjà vu you’ve ever had - in whatever form you’d like to share!
I’ve had times where I’ve sworn I’ve met someone in a place before but haven’t actually even been there… that’s pretty weird sometimes! I’m always a bit confused as to whether something is actually déjà vu or just me being odd. I understand the concept and the reason behind déjà vu, but I’m not entirely sure I’ve ever experienced it!

What are your hopes for ‘Déjà Vu’?
The track has recently been playlisted a couple of times on Spotify, so I am hoping to build on that with Spotify playlists starting to become as influential as radio. It’s a great summery track and video so I’m trying to get that around as much as possible at the moment and share the vibes before it starts getting cold outside again!

How will you round out 2017?
The last two videos from the Experiments EP have yet to be released, so I’m looking forward to those premieres! I’ve just produced my first track and I’m also filming a video for that at the moment. I have some live loop sessions to share soon, along with a collaboration I recently recorded… so loads of music before the end of the year! I’m gigging at Underbelly in Hoxton Square on October 11th so that should be a highlight too!

Watch the video for ‘Déjà Vu’ on YouTube below. for news and tour dates go to sallycaitlin.com.