Russell Swallow calls on the grooves of James Bay, the storytelling of Tracey Chapman and the ambience of Ry-X for stories driven by sensual imagery and sticky melodies. We spoke to him as he releases new single ‘Chemicals’.

In this day and age, and particularly with digital technology, relationships can become ephemeral, fleeting, surface - it’s important to take risks.

2017 - what will you look back on most fondly from the year so far?
I’ve been fortunate to have a few great highlights this year, but my first trip to California in the summer was particularly exciting. I got to spend a few weeks travelling through Malibu, LA, visited Hollywood and stayed on Venice Beach. It was incredible - inspiring, and fun - the Cali Skies hold stunning strips of colour, and the warm weather meant that I could stay up late writing and playing new songs on the beach. I’m a night owl, so after roaming in the Sun, I like to howl at the Moon.

Did you make any new year’s resolutions at the outset of 2017?
I did, I promised I would release my first solo record- and I’m now ticking that off the list on Dec 1st. Phew - just in time, eh?

What was the biggest lesson you learnt in 2017 so far?
When you feel that you’ve run out of strength, inspiration, determination, dig a little deeper - there’s more there than you think.

What was the musical highlight of 2017?
Seeing Ry-X perform to a hushed, reverential audience in Berlin - he’s my new music crush.

Who are you excited to hear from in 2018?
My friends Kal Lavelle and Kimberly Anne are each releasing their debut albums. I can’t wait for the world to fall further in love with these two distinctive artists. 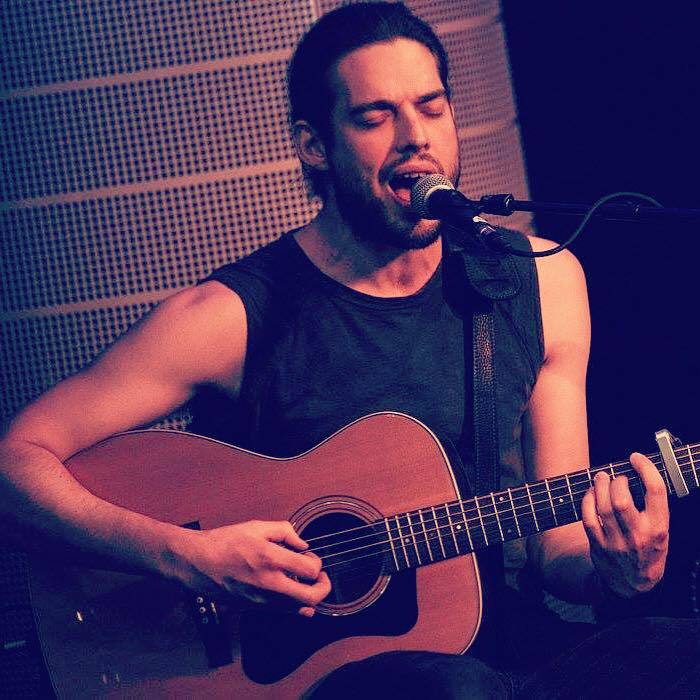 Tell us about the record you have just released…
‘Chemicals’ charts the physical dialogue between two people - the sparks that light before they’ve spoken to one another. Pheromones firing, bodies pinging signals back and forth. In this day and age, and particularly with digital technology, relationships can become ephemeral, fleeting, surface - it’s important to take risks.

If you had to pick three artists to be filed next to, who would they be and why?
Hmmm, if you’re talking about the full EP (A.M. - B.P.M.), then today I would say Bon Iver, James Bay, Jeff Buckley.

What inspired the record?
It’s a call to arms for people to go deeper, to remember to connect with one another, to be less focussed on external distractions

If the record were an animal, what animal would it be?
Chemicals is a panther, other animals on the EP include a tortoise and a hare

If you could jam with one artist alive or dead, who would it be?
It would have to be the one and only, David Bowie.

If you could have written one song by another artist, what would it be?
Just one song? But there are so many! Can I pick a handful? Jeff Buckley’s ‘Lover, You Should’ve Come Over’ and John Martyn’s ‘Solid Air’.

Someone is making a film of your life, who will play you?
Well, I’m still available to play myself y’know ;) But I’d be happy with Oscar Isaac representing me.

Lastly, tell us one thing you have never revealed in an interview…
I once crept into a church and slept there overnight, after missing my bus home.

Listen to ‘Chemicals’ on SoundCloud below. For news and tour dates go to russellswallow.com.