Previously known for his work as a drummer and collaborator for acts such as The Middle Coast, Joey Landreth, and Michael Bernard Fitzgerald, Roman Clarke has been quietly building up a catalogue of his own music. We caught up with Roman to chat about his debut album SCORCHER on which he wrote every lyric, played every instrument, and sang every vocal.

I learn a lot from listening to albums, and every time I pore over someone’s catalogue I find things that I can use in my own personal process.

First up, tell us bit about yourself - what first got you into music?
Music has been always been a part of my life. Ever since I was a really young kid, I’ve been writing songs and learning instruments thanks to my parents. There was an instrument in pretty much every room of the house, and my dad built a jam space in our basement where you could get away from everyone and just play. I spent a lot of time in there.

**Were there any particular bands or artists you took inspiration from? **
So many! In recent years, my biggest influences are the Channel Orange album by Frank Ocean, Continuum by John Mayer, and all the Vulfpeck stuff. As a kid, I listened to SO MUCH country and classic rock and roll and I think as soon as I could, I started making music that was not like that, and eventually I found some to listen to as well!

How would you describe your musical style?
A lot of people describe my music as R&B/pop, and I think I would agree!

If you could collaborate with any living artist, who would it be?
I would love to make some music with Theo Katzman. He seems like a very nice and fun guy, and I love his approach to songwriting. 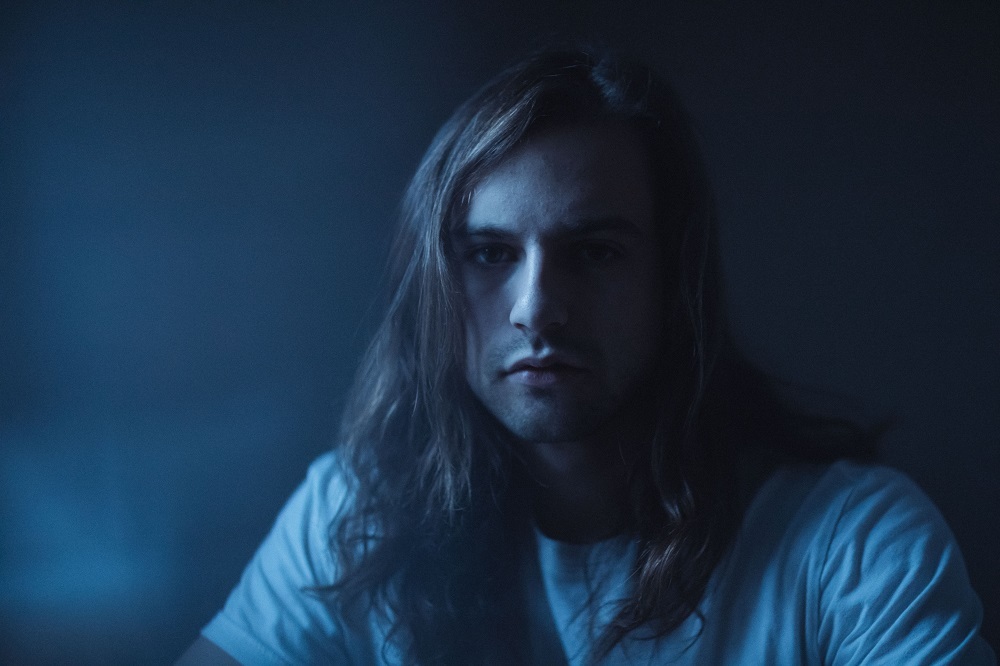 Tell us about your debut album, ‘SCORCHER’. What’s it about, what are its themes?
SCORCHER has a couple themes, including heartbreak, love, and life, but I think the main point of this album for me was to just compile all of the best things I have made and show as many people as I can. I make a lot of stuff, and so far, these are my favourite things! I’ve already made more things that I am ever MORE excited about, so there’s that.

When did you write it and where did you record it?
I wrote the songs that ended up on SCORCHER over the course of 2017/2018. I recorded some tracks at Stereobus Recording in Winnipeg MB with Paul Yee, and a few tracks with JP Laurendeau at Brokenground Productions also in Winnipeg MB, but I mostly recorded it in my bedroom in Winnipeg MB!

How does ‘SCORCHER’ represent your style?
SCORCHER represents all of my influences from 2017/2018: Kimbra, Jellyfish, Bon Iver, among a handful of others! I learn a lot from listening to albums, and every time I pore over someone’s catalogue I find things that I can use in my own personal process.

Can you talk us through each track?
‘Someday’ - at the time I wrote Someday, I had just started digging into Kimbra’s record “The Golden Echo”. The pop elements along with the massive vocal arrangements of that album are the inspiration for the musics of this tune. I also just started noticing the darkening circles under my eyes, and the lowering of my threshold for change, hence the lyrics.

‘It Might Be You’ - this song represents my submission to the fact that in a period of what feels like endless searching, I have already found what I am looking for.

‘With You’ - ended up being a combination of my most moody influences. I have always loved the angsty harmony and lyrics as well as the dramatic arrangements coined by pop punk bands like New Found Glory and Against Me, and I guess that combined with my R&B pop tendencies and having listened to Bon Iver’s 22 A Million record on repeat that entire month resulted in this thing.

‘Try To Love Me’ - for me, an exercise in empathy. I wrote it from the perspective of someone who is in a relationship with a person who has grown distant, while my personal reality was the opposite. Sometimes you need to think about what you are doing to someone by allowing them to love you. I wrote this song to try and digest the pain that I, in fact, was the cause of.

‘Faithful Man’ - decidedly the only “happy” song on the album. Featuring my sister Sara Clarke on vocals, and my entire family on vocals in the last chorus. This song was also released on an EP in 2017.

‘Next Time’ - a song I wrote about my old band. While I was making this record, the band I started with my two best friends (Liam Duncan, and Dylan MacDonald [also known as Field Guide]) eight years prior, decided to break up. We shared the most formative years of our lives together. I owe almost everything I’ve so far learned about relationships and people in that time, to them. We broke up because the band was not fulfilling our creative desires, and now we are all pursuing separate musical journeys, but remain best friends.

‘Looking For Mine’ - another song that was released on the 2017 EP. This is a re-imagined version that includes vocal arrangement parts inspired by the two women who sing background vocals in my live band, Courtney Krebsbach and Kenzie Friesen. This song is born out of the fear of making the wrong decision.

‘Over Again’ - a song I wrote in high school about my first real relationship. It turns out, that when you leave someone, you often end up leaving them over and over again; when they decide they need to tell you to come back, and when you think checking in with them is a good thing to do, and when you see them at a party months later, and when they hear you are with somebody else.

‘What Are We Gonna Do’ - what it feels like when you notice the gears of a relationship slowing down to an impending halt. Acknowledging that love happens and sometimes stops and sometimes makes you hold on for no reason at all. This is probably my favourite song to play live!

‘Waiting’ - the third and last song that was on a 2017 EP. I wanted to put it on this record because it is one of my favourite songs I have made, and I wanted it to be a part of my first real step into this journey. I wanted it to be present in this chapter of my life because it is about the fear of not being able to change or learn, and to remain stagnant in one way of life or another.

‘You Can Find Me’ - the last song on the record, and also lies in the category of grasping for meaning in life. The state of not knowing what to do with your time, and doubting the idea that whatever you decide to do will even matter, is a mental full stop at some points in your life. This is by far my least favourite on the record as well.

What are your hopes for SCORCHER?
I hope that some people listen to some of the songs and hear something they can relate to.

What can you tell us about your plans for the rest of 2019?
I’m gonna tour SCORCHER like CRAZY. And then I’m gonna release another record if all goes as planned.

Finally, if you could go back in time and give yourself one piece of advice, when would it be and what would you say?
I would tell myself to chill out and not make music more complicated than it needs to be, hahaha.

Listen to SCORCHER on SoundCloud below. For news and tour dates romanclarke.com.