South London rapper Ricky Banks’ latest single is ‘Mood’ featuring C Cane. We caught up with him to find out more.

This life is a short one so you gotta enjoy it, even in the bad times. Serious messages with vibes is what I’m about.

First up, what got you into music?
Music has always been a part of my life from a very young age. However, with writing and making my own began in Secondary School. I always thought being able to impact people across cities and countries with your own lyrics was dope and it was this mainly which drove me and still does drive me to make the best material.

How would you describe your style?
I would simply describe my style as ‘melodic rap’ because even when I’m singing I still rap. You just have to listen to the bars as you take me in.

If you could collaborate with any living artist, who would you choose?
Haile from Wstrn because I feel with his vocal range and sound we could make a crazy banger. 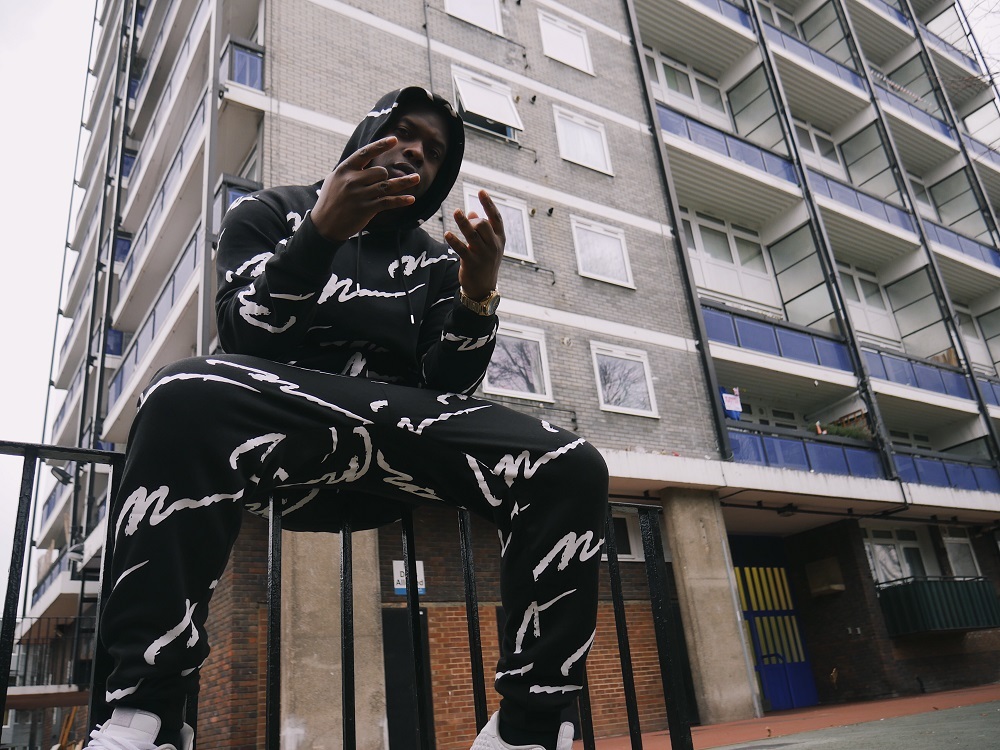 Tell us about your single ‘Mood’. What’s it about?
When I was writing this record, I knew that I wanted to touch on the different moods, feelings and emotions people encounter. Sometimes we can be up, happy, excited, prideful, confident, however there are also times where we are down, frustrated, confused, upset, anger and depressed. I wanted to find a middle ground between both sides and feel the message of the track is to remain level headed.

Never let situations and circumstances as hard as it sounds affect you because it’s all in your head. This life is a short one so you gotta enjoy it, even in the bad times. Serious messages with vibes is what I’m about.

When did you write it, and where did you record it?
I wrote/ recorded ‘Mood’ all on the same day, which happened to be the same day I heard the beat and was in my first session with C Cane and SSK last summer at a Pirate Studios branch in Greenwich.

How does ‘Mood’ represent your style?
I feel that this track represents my style by showcasing my capabilities as both a rapper and singer. I can hold my ground in both fields very well and solidifies my place as a ‘melodic rapper’.

‘Mood’ features North London rapper C Cane. What did they bring to the single?
I would first like to say that I don’t think anyone else would have been a more perfect fit than C Cane because she brought a lot of swag, character and bars to the record that gives ‘Mood’ its edge as well as setting the vibe.

What are you hopes for ‘Mood’?
My hopes for ‘Mood’ are like the hopes I have for most of my songs, that the record is able to reach a broad enough audience and be received in a positive light.

‘Mood’ is taken from the EP CoolSZN. Tell us more about this upcoming project?
CoolSZN is a statement project, giving listeners more of an idea of the kind of artist I am and the music I like making. I see music as my creative playground; When you hear certain sounds and pockets on beats, I find it’s fun to play around with because there are so many ways in which production can be heard if you have the right ears.

UK music is in a place it’s never been, as we witness so many great emerging talents. Listening to CoolSZN gives you insight into my musical utopia and where I sit in the scene.

What other plans do you have for the rest of the year?
Continue releasing good quality music, whilst ideally doing some more performances and if things go well enough, hit the road and aim to tour.

Finally, if you could wish for one thing to happen for you this year, what would it be?
That CoolSZN as a project goes number one in the charts. That would be the craziest, dopest thing to happen.

Watch the video for ‘Mood’ on YouTube below. For news and tour dates go to the Ricky Banks Facebook page.