Former lead guitarist and vocalist for Teardrain, Richard James Simpson, released his debut album Sweet Birds of Youth this year. Featuring musicians such as the co-founder of Calexico Joey Burns, Dustin Boyer (John Cale) and Theo Welch (Barry White), we spoke to Richard about the record.

My intention with Sweet Birds of Youth was to capture a specific time range in a person’s life, and the songs represent the quest through all the complexity, beauty, scars, joy, tears, missteps, and wonder that are experienced by us all.

First up, tell us bit about yourself - what first got you into music?
I grew up in the South Bay region of Southern California. My father was a tribal attorney who represented more than 60 tribes in the U.S.A. and my mother was an actress at Universal in the 1950s, so I already had parents who provided very interesting backgrounds and stories that helped shape me as a human being and a musician. I say musician, as well, because they both had a deep love of music. My mother grew up in a German household that continuously played classical music and she has retained that love of music. When I was very young my father and I would go on trips to the tribal reservations and he would always play music for us along the way: Leonard Bernstein, Nat King Cole, Harry Nilsson, Elvis, etc. But, I would have to say the person who was largely responsible for my rock/punk musical tutelage would have to be my brother Rock. He was a singer in an infamous L.A. punk band called Rock Bottom and The Spys. When I was very young, my brother would sit with me in his room and play such artist as Bowie, Roxy Music, Iggy Pop, and the music transcended me to another world, a world that was exhilarating and mysterious.

When I was in my teens I got into the second wave of punk in Los Angele. I played bass for a band called Invisible Chains. The music was very noise-driven, psychedelic, freeform, and raucous. It was a good starting point for me. We put out a record on New Alliance Records, a record label founded by The Minutemen’s D. Boon and Mike Watt and Martin Tamburovich (Invisible Chains). My friends during that time included musicians Joey Burns, co-founder of Calexico, and Carla Bozulich, a prolific musician who was also in Invisible Chains. We were always playing music when we were kids.

In the 1990s, I moved back to Southern California after a few years living in San Francisco. Approximately three months after I was back in Los Angeles, I joined forces with Jill Emery of Hole and Mazzy Star, and Mark Reback of Vast Asteroid, to form our band Teardrain. We were lumped in with grunge, but I think if we had continued it would have been akin to early Dream Syndicate. We had a lot of fun. We even had Timothy Leary as a guest of ours at one of our shows. He was a wild man, flaying in a chair directly in front of me while I serenaded him. He told us how much he liked the music and how he was going to help us, but sadly he fell ill and died not too long after that.

The early part of the 21st century was a very traumatic time with the loss of my brother and a couple of good friends, so I took a breather from music and worked at various jobs during that hiatus. But, now I am back and have decided to continue along the musical path of my choosing.

Were there any particular bands or artists you took inspiration from to form your musical and thematic style?
I would have to say the biggest inspiration for me was, and still is, David Bowie. He was the godhead for most of us. His theatricality, drama, intelligence, and fantastic music that changed music itself, made a lasting impression on me. In addition to Bowie, I would say it runs the gamut from Beethoven, Erik Satie, and Schubert to The Beatles, Pixies, The Gun Club, Saccharine Trust, Blonde Redhead, Koko Taylor – there are just too many to name. But, if I had to narrow it down to a specific era, I would ultimately say the music of the 1970s and early 1980s had the biggest impact on me.

How would you describe your style?
I would describe my style as David Johansen of the New York Dolls stated, ‘funky but chic’. The music has an edge, but also a tenderness. I wanted to fuse mediums with sound, gaining inspiration from such artists such as Bowie and Stanley Kubrick. I wanted to create a theme that takes the listener into a world that mesmerizes them. I hope I have accomplished that. 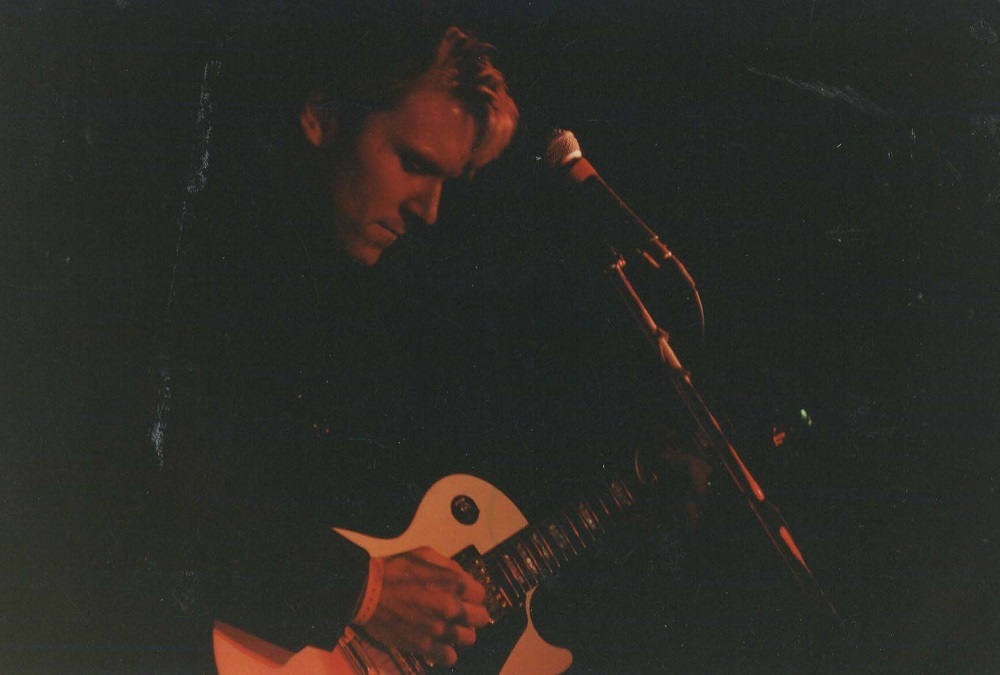 What’s been your best moments of 2017 so far?
That would have to be the release of the album, it’s reception and all the great musicians I have been fortunate enough to have worked with and forge personal relationships. The best part of this year is the idea that my music may influence others like the music I mentioned influenced me in my early years.

Tell us about your debut album Sweet Birds of Youth. What’s it about?
It is my first solo album, so it was a very different experience from being in a band. But, it was several great experiences with a variety of excellent musicians participating, especially Dustin Boyer, who co-produced and engineered and played multi instruments on several of songs on the album. The earlier songs include one on which a childhood friend, Joey Burns, played cello and sang harmony vocals; and another song includes my sister Jennifer singing harmonies with me. The later material is largely my studio work with Dustin, who is a longtime collaborator with John Cale from The Velvet Underground. I also hired Theo Welch, who worked with Barry White, to do some drumming and amazing percussion work, and it all is interspersed with more vignette-like songs I recently recorded in Los Angeles.

My intention with my album Sweet Birds of Youth was to capture a specific time range in a person’s life, and the songs represent the quest through all the complexity, beauty, scars, joy, tears, missteps, and wonder that are experienced by us all. I also wanted to re-introduce listeners to music that offers a wider variety of styles: experimental vignettes, melodic, full-band songs, and harmonies and string instruments. To me, that is what is lacking from the music landscape in which we currently reside - variety. I wanted to say something about how fantastically beautiful this horrific world of ours can be. The words speak to the road we are all on in this world, but as we move forward the child that we were remains inside.

When and where did write the songs?
The songs are from various decades in my life, hence the latter ‘time range of a person’s life’ reference. Most of the songs are from this century, but some date back several years. I noticed that quite a few bands were releasing older material that was very good, and I thought, why not? I’ll include some older material with new pieces that warrant releasing.

I wrote most the songs in Los Angeles, and two in San Francisco. I think of the album as a distinctly California album.

Which was the hardest song to finish?
I would have to say the most difficult song to finish was definitely ‘10 Estrellas’. It went through several incarnations before it became what it is now, but I am very pleased with the outcome. It is another one of those songs that is peppered with sounds of people in my life, and there is a deep meaning to it. Plus, I wanted to end the album with three uplifting words. People must listen to it to find out.

Are there any that have more significance to you than any others?
I like all the songs, but the one that has a great significance to me would be ‘Moonbeams Arms’. I wrote it as a lullaby to one day sing to my child. I never had that child, but I am still singing the song to it.

Which do you most look forward to playing live?
I am strictly a recording artist at this point in my life. I had an injury that precludes me from live performances; however, there are a few multimedia projects in the works in lieu of that fact. I hesitated for a while to release this album because I thought if people cannot see you perform live, then what’s the point? I had a change of heart after seeing a documentary about Harry Nilsson. He didn’t play live and released some of the best music recorded. Although, knowing The Beatles sure helped him. If something changes, I would love to play them all live.

What’s your hopes for the album?
My greatest hope for the album is for it to reach as many listeners as possible, that they will really enjoy what I have put together for them, and to build interest in the follow up album. Two of the songs will be in a feature film in 2018, so I am hoping to have the more songs placed in more films, shows, and use the songs in more multimedia projects. I would also love to hear Johnette Napolitano cover ‘Moonbeams Arms’. It doesn’t hurt to dream.

How is 2018 shaping up?
So far, with working on promoting Sweet Birds of Youth, recording a guest vocal appearance on a Zolar X’s next album, and working on my next album, it is going to be a busy and productive year. I have been working on new songs with Jill Emery, Geza X, and Dustin Boyer. The next album will still have a mixture of full-band, melodic songs, but it will also have even more experimental, down-the-rabbit-hole songs. The album is titled “Deep Dream.”

If you could collaborate with any living artist, who would it be?
That’s a tough one. There are a lot of great artists I would like to work with. If I had to choose, I would have to say David Lynch… and – if you allow me to get one more in - Iggy Pop.

Finally, if you could go back in time and give yourself one piece of advice, when would it be and what would you say?
I would go back to my high school days and say: “It will never be easy, but it will be all right”.

Listen to ‘Sweet Birds of Youth’ on SoundCloud below. For news and tour dates follow the Richard James Simpson Facebook page.