Rapper Reppy Hustle has been part visible through his consistent video output across platforms such as GRM Daily and Link Up TV. He’s following up ‘You Were Acting’ and ‘Council Block Boy’ with new single ‘Let Me Be’. We caught up with him to find out more.

“Don’t get distracted, practice and go for it.”

First up, tell us bit about yourself - what first got you into music?
Before my teens I was already writing lyrics, music is something I’ve always enjoyed doing. The more I watched TV and heard different sounds and watched music videos I started getting more and more in tune with music. I ain’t stopped writing since then.

Were there any particular bands or artists you took inspiration from to form your musical and thematic style?
I discovered my style just through practising and trying different sounds.

How has GRM Daily and Link Up TV helped you get recognition?
GRM Daily & Link Up TV have helped me to reach out to a wide mixed audience. It’s good because if someone looks in on your video and they like what they hear, they could follow you and keep an eye out for your releases.

What’s been your best moments of 2017 so far?
Premiering ‘Let Me Be’ on BBC Radio 1xtra. Good moment for me. Big up Ten Letter for that.

Tell us about your new single ‘Let Me Be’. What’s it about?
It’s about someone that just wants to do their thing. At the same time saying he ain’t here to play games, he’s ready for it.

When did you write ‘Let Me Be’ and where did you record it?
About two months ago, June. I recorded it in my hometown, Tottenham. At a studio I’ve been recording at for about three to four years. 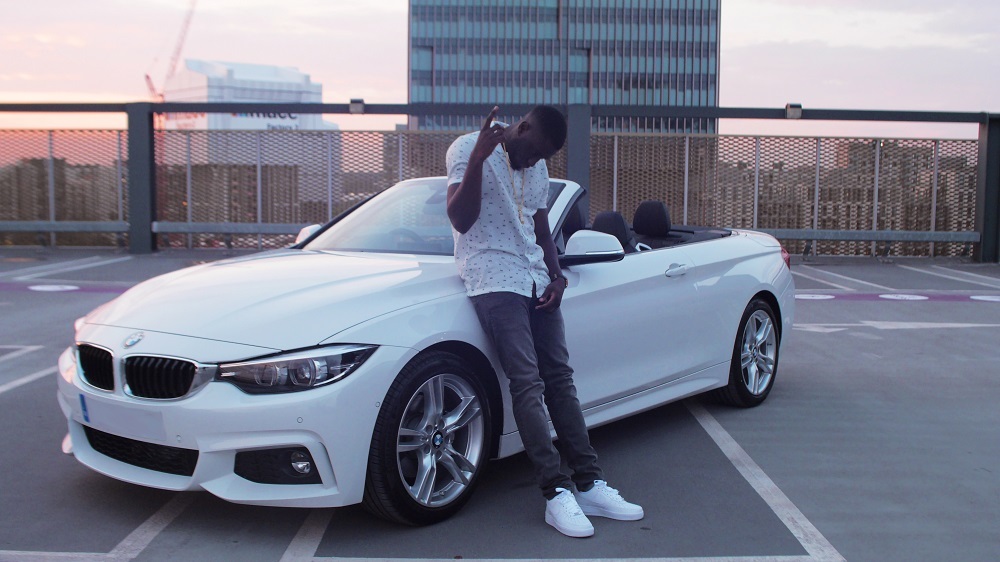 How does ‘Let Me Be’ build on your previous records ‘You Were Acting’ and ‘Council Block Boy’?
It shows how I can switch it up. I’ve always liked to be versatile. I like them two tracks but I defo like ‘Let Me Be’ more.

What are your hopes for ‘Let Me Be’?
I hope that it connects with a lot more people. I’m hoping the track and the video goes far. So we have to keep pushing at all times.

Where do you go when you want to be let me in real life?
I like driving around the city whilst listening to music or new beats. I would go places where the view is nice. Sometimes I could be blasting music in my room.

When and where can we expect to see you on tour next?
Ain’t had a tour yet, still - lol. But I’m hoping we can bring that to life. At the moment I’m just performing at different shows.

If you could collaborate with any living artist, who would it be?
Jay-Z, Wizkid & a verse from Giggs.

Finally, if you could go back in time and give yourself one piece of advice, when would it be and what would you say?
Don’t get distracted, practice and go for it. This advice would of been around the time I was releasing music a couple years ago. I stopped for awhile because of distractions. But I’m back now.