Reggae Roast is one of the UK’s leading sound system collectives. They are the first signing to Trojan Records imprint Trojan Reloaded, with ‘Sensi Skank Reloaded’ their first single. We caught up with them to find out more.

Reggae Roast is about unifying people and bringing them together. Something that is more important than ever in this hostile political climate.

First up, can you tell us a little bit about yourself and The Reggae Roast collective?
We started Reggae Roast in a pub in North London and it quickly grew from a small Sunday session with food (hence the name) into bigger events, warehouse parties and then a record label. We then built our own soundsystem which is tonk and sounds sick. It’s a bitch to move though!

More recently we got signed to Trojan Records which is nuts, because everyone knows Trojan Records. We are pretty proud of that! We are working on our album for them which comes out next year which is gonna be sick! It’s got loads of top artists featuring on it it sounds TUFF!

Reggae Roast is about unifying people and bringing them together. Something that is more important than ever in this hostile political climate.  We say fu!k Brexit and fu!k Borris and fu!k Trump. Excuse the language. They all want to divide people which is whack!

Who do your take inspiration from?
We take inspiration from other soundystems who have paved the way for us here in the UK - like Channel One, Iration Steppas and Mungos Hi Fi. But we always try and do things our own way. I don’t think there is any sound in the world that is quite like Reggae Roast. Our sets are very high energy. We try to be all inclusive of age, gender sex, race and sexuality. We just want to entertain and for people to have a good time.

How would you describe your musical style?
When we DJ we play music from across the reggae spectrum, from rocksteady and roots to dancehall and jungle. Really depends on the vibe of where we playing, when and what sort of people are there. I think as a DJ although you want to educate people with new music, you also have to recognise that you aren’t playing for yourself. You are playing for the people. A good DJ can read a crowd.

With our productions we are generally making quite uptempo digital reggae and dancehall. Stuff that makes you want to wine an skank. Ya feel me?

Why the name 'Reggae Roast'?
We started on a Sunday as a daytime reggae session with a Sunday roast. Bob’s your granny!

If you could collaborate with any living artist or band, who would you choose?
For me I think it would be Alborosie. I just think he is so multi-talented and has so many great tracks that I think “I wish I made that” So much respect for him. 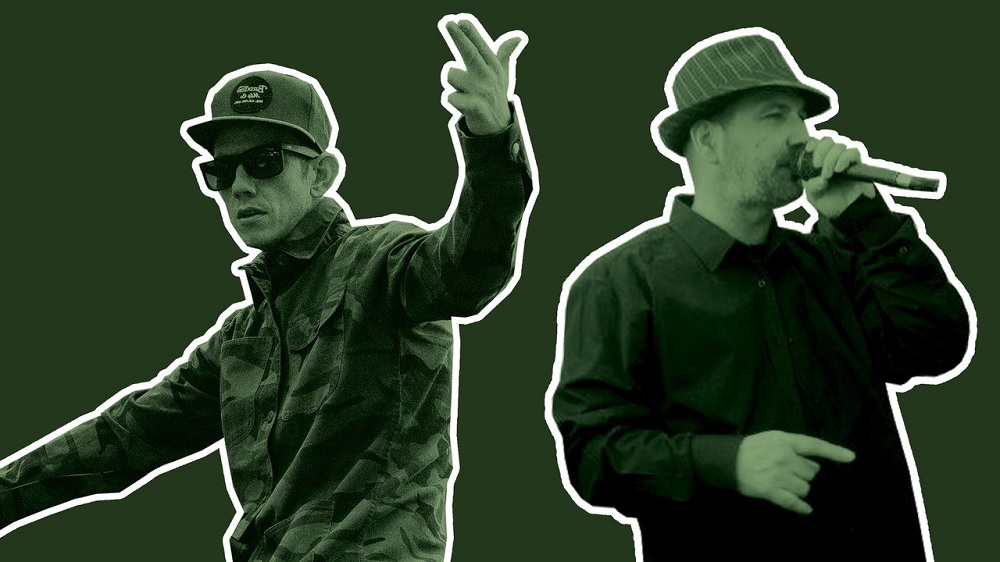 Tell us about your new single 'Sensi Skank Reloaded', what's it about?
It’s basically a homage to a mystical plant that has the potential to do so much good in the world if used in the right way and if the government would only open their eyes. And I’m not talking about just getting high. The cannabis plant has over 20,000 uses. And, because it grows so quickly on so little water and nutrients, it is incredibly easy and quick to grow meaning it sucks CO2 out of the atmosphere at an incredible rate.

It could help massively with global warming. CBD has incredible healing properties which are recently being well documented. This plant could literally be the healing of the nation, if they just let people use it to its full capability!

How does 'Sensi Skank Reloaded' represent your style?
Bassy and herby… just the way we like it.

What are your hopes for 'Sensi Skank Reloaded'?
For people to get their bag of sensi and skank out!

What other plans do you have for the year? Where can we see you on tour?
We have a big year ahead with our album coming out on Trojan Records next spring so we have quite a few releases coming up between now and then with artists such as Mr Williamz & General Levy. Look out!

We are playing loads of festival as always such as Boomtown, One Love and Falmouth. All our dates are on our website and facebook pages so check us out there and give us a like.

Finally, if you could go back in time and give yourselves one piece of advice, when would it be and what would you say?
Just before I made the decision to build my soundsystem I’d say. STOP.. DON’T DO IT.. You don’t realise how bloody heavy those boxes are!  But I wouldn’t have listened to myself. What the hell do I know after all?

Watch the video for ‘Sensi Skank Reloaded’ on YouTube below. For news and events go to reggaeroast.co.uk.