Pupils of the Clock

Pupils Of The Clock is the collective name for Bristol-based rappers Lazy Eyez and Tok. Originally from Cornwall, the duo met back in college through a chance encounter at a party. Tok decided to put Lazy on a few of his first hip hop nights, which soon developed into a collaboration. The duo explore issues of everyday life, societal conflict and even spiritualism. We caught up with the pair to find out more about their influences, debut album Timeless and plans for 2019.

We live in a world where lots of rappers show no desire to maintain the core values of a genre we care so much about.

First up, tell us a bit about yourselves - who are Pupils of the Clock?
Honestly, we’re still figuring that one out ourselves, but what we can disclose is that we are ‘Lazy Eyez’ and ‘Tok.’, we met whilst living in Cornwall and became friends through a mutual love of hip-hop. We’ve been making music together for a couple years.

What first got you into music?
Lazy Eyez: I first got into hip-hop through my dad, he showed me Wu-Tang and Jurassic 5 at a young age. He had them all on vinyl, sometimes I’d come home and catch him listening to it and I was always intrigued. I guess they just made everything sound so cool, and I wanted to do that. I can remember listening to Toy Soldiers and pausing the CD so I could write the lyrics down in my notebook.

Tok: I can’t remember a time in my life where music wasn’t prevalent. My first memories of music revolve around being in the car with my parents. Either I was playing Hendrix air guitar with my dad or being guided through my mother’s scratched CD collection, with frequent pauses for her to ask “Who’s this then?”. As I grew older and developed a more independent taste, I found my love for hip-hop upon hearing “The World is Yours” by Nas. I had always enjoyed my encounters with rap previous to that, but hearing Nas for the first time definitely opened my eyes to a previously undiscovered passion for the genre.

Why the name ‘Pupils of the Clock’?
Okay so… We were at Tok’s flat in Perranporth, B3. We were in the midst of a heavy night when we decided to shave Lazy’s head. Whilst Lazy was sitting topless in the bath we thought about what we should call our group if we were going to make more music together. At this point, we’d only done one track. Maybe the constant buzzing of the clippers provided us with the clarity we needed to come up with our name, we’ll never know. All we know is, Lazy turned to Tok and sporadically mumbled “Pupils of the Clock”.

On a slightly more philosophical note, we are all pupils of the clock. As time goes on, we continue to find more meanings for the name…

How would you describe your musical style?
We’re just hip-hop through and through. It might seem like a simple answer, but we live in a world where lots of rappers show no desire to maintain the core values of a genre we care so much about. 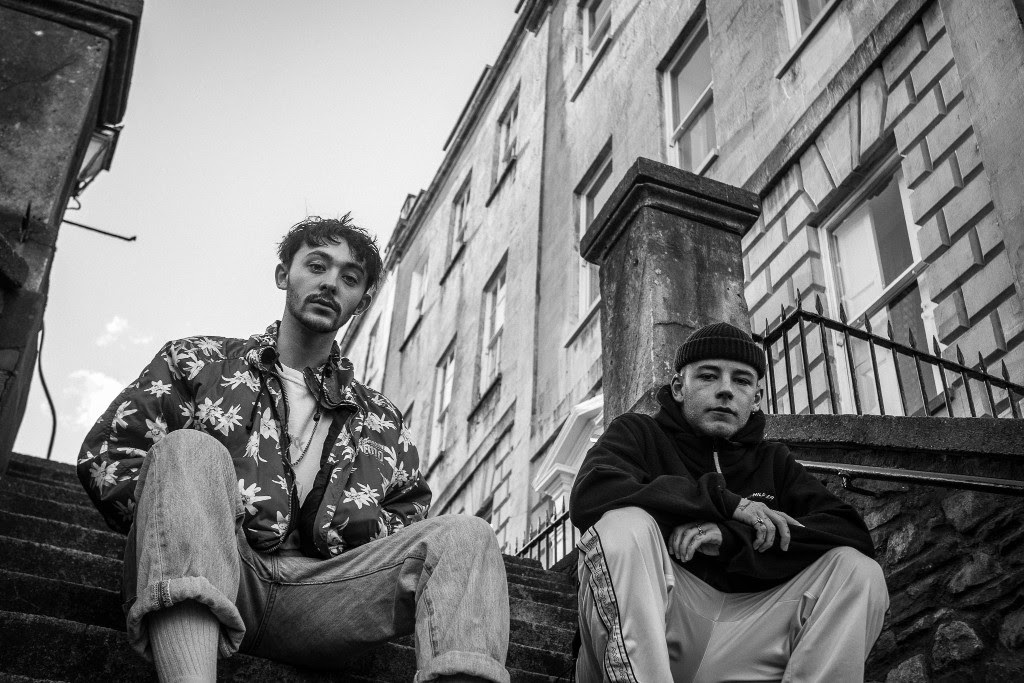 Your debut album, Timeless, was released in January. What response did that get?
We think the album did exactly what we wanted it to do. It brought us into a scene we had been on the outside of looking in. It attracted some names like Dr. Syntax and Res One, who we can now happily say we’ve made acquaintances with. We’re still running with the album and if you haven’t yet, you can order a physical copy through our Bandcamp.

How have you developed since?
We’ve both been working on solo music since the album and each has albums coming in 2019. After honing our musical craft we’re very excited to start work on new music together in the coming year.

Where have you been playing live this year?
We’ve traveled a lot this year and it’s been really exciting. We have done a lot of shows in our new home in Bristol, but also travelled to and from London for some notable gigs including a headline slot at Camden Assembly and a fairly surreal performance at the historical 100 club, atop the same stage as some of our idols, Nas and Jimi Hendrix, have played. This was also the show we met our manager, Beth!

How has your show evolved?
First off, Lazy finally learnt his lyrics, which after a four-month struggle has definitely improved the sets. Further to this, our ability to run a show now and control a stage has developed with experience. That being said, our live show is an integral part of our brand and we will always look to grow.

Do you have a fan-type?
Not particularly. We’ve had 80-year-old poetry enthusiasts show love for our music as well as the die-hard underground fans. One of our aims is to make tunes that can be enjoyed by everyone, whether they’re a rap fan or not.

What are your plans for 2019 so far?
As mentioned we both have solo albums coming: Lazy Eyez’s Coastline to Cityscape and Tok’s - XIII. A new Pupils of the Clock album might be dropping too.

We are going to be performing all over the country, and hopefully Europe. Our clothing range ‘CLOCK’ will be released. We have big plans, so stay clocked!

Finally, if you could go back in time and give yourselves one piece of advice, when would it be and what would you say?
Lazy: This is a really interesting question and there are many times in my life where I have acted impetuously, I don’t like the idea of taking anything back because it’s lead me to be here where I am now. There’s one time actually that I always come back to, I used to play basketball and I had trials to play in the team representing the South West of England. I was declined because I was told I didn’t have enough game experience, coming from Cornwall there wasn’t much basketball.

I wish I had argued my position more and stood up rather than accepting it and leaving. This has taught me to fight my corner in every situation so perhaps I wouldn’t take it back, but I’d love to know what could have happened if I fought back.

Tok: Damn, I should’ve sat down in the chair to answer this question first… Lazy took about 90percent of what I would’ve said. I suppose there are some downsides to being so similar.

I would go back to me aged 13. Something significant happened to me that probably changed me indefinitely. This event was the catalyst to a weird adolescence that definitely forged the person you see today. I would tell myself to listen to my parents, love those who stick by you, forget those who don’t and most importantly always stay true to myself. I’d tell myself to keep pushing and never quit, even though it’s gonna seem like the best option. Live life, make mistakes, learn from it, move on.