After a spell of creative block, Pillars has emerged with EP Honest People that’s an intimate account of experiences with mental health. Each song was written at a different stage in her recovery. We found out more.

Releasing this EP was almost like drawing a line under that period of my life and letting go of the me that existed before my eating disorder, which is when this EP was written.

First up, tell us bit about yourself - what first got you into music?
From the get go I was making up melodies and telling stories - even as a child. When I was a teenager I picked up musical instruments as a way of supporting what was already there - almost like a songwriting tool box. I really got into producing when I moved to London. As a student - with next to no responsibility (or friends admittedly) - I would spend days in my bedroom teaching myself how to recreate the sounds that had always in my head.

**Were there any particular bands or artists you took inspiration from to form your musical and thematic style? **
I appreciate when an artist tells a story or really puts themselves into their music. In that respect I’m a big fan of artists like Keaton Henson. But I also appreciate experimental production - pushing the boundaries of what can be done in a studio which is what I love about studio time. It’s so easy to create slick, perfect tracks but taking that and instead making a mess is so exciting. In that way Bjork is a big influence on me.

How would you describe your style?
Soulful in the sense that my music is honest and I mean every word I sing. I guess it’s pretty dark thematically but also musically too. I don’t wanna pigeon hole anything but right now the music I’m making is emotionally driven, dark electronic.

You’ve recently had a spell of creative block. Having now written new material, can you identify what might have caused it?
Definitely. I was going through some really heavy stuff with myself - my mental health - and I needed to work through that to get past my creative block. It’s the same if I’m writing about a specific situation - I need closure to put what I want into words. The closure here was healing the pain that was in my mind.

What might you do if you hit a creative brick wall again?
Find closure in whatever is in front of me.

Tell us about your new EP ‘Honest People’. I understand it’s about your experiences with mental health.
It’s a really personal piece of work - each track was born from a really dark place. Releasing this EP was almost like drawing a line under that period of my life and letting go of the me that existed before my eating disorder, which is when this EP was written. 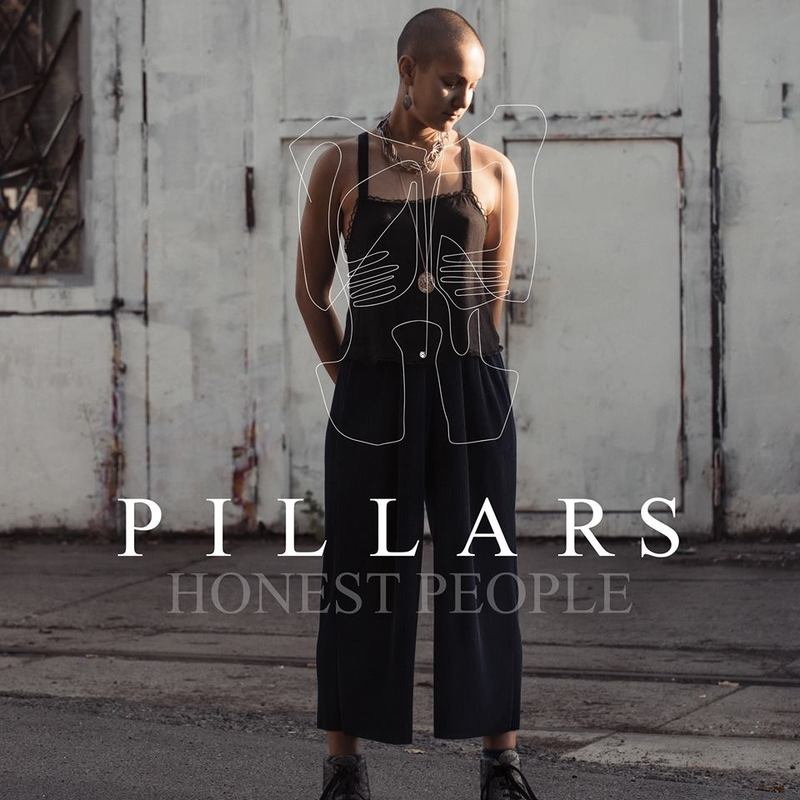 When did you write each of the singles? How des each evolve the EP?

I wrote each track at a different stage of my recovery from anorexia which is why the tracks have been released in the order that they have. The first was the turning point after a long creative block - I became totally honest with myself, stripping back all the bulls**t that came with my eating disorder ('Honest People'). The second is about embracing being alone with myself - something which I still struggle with but something that I think everyone should master during their life ('Twos A Crowd'). The last is taken from an apology letter to my eating disorder - it was a huge part of me and letting go of that was really tough ('Soul-D'). The last is a cover - some artists just sum up what you want to say better than you can! Keaton Henson does this for me. I'm really looking forward to releasing that one!

How does ‘Honest People’ compare to your previous work?
I did a lot more experimentation in the studio. We were messing around with analogue sounds - just noise from a load of old gear at Strongroom Studios. Before this EP studio time felt a little less hands on. I guess I’ve become more comfortable with my sound since my previous releases.

There’s been a lot of talk about mental health in the news, raising awareness of both particular conditions and in general. Has that resonated with you?
I truly believe the best therapy is conversation. Speaking to others openly about what you’re going through not only heals your own mind but brings forward whatever they might be going through too. I am also aware of the stigma that surrounds mental health - particularly eating disorders. The only way we’ll change this is by speaking out.

What are your hopes for ‘Honest People’?
I think this EP is doing a lot for me personally. And I like that. Music doesn’t need to be released for commercial gain, right?! I’m just hoping it speaks to people.

When and where can we expect to see you on tour next?
Me and my new live band are playing this Thursday at Bethnal Green Working Men’s Club - we’re really excited about this one as it’s an event run by 13 Percent Presents. It’s an event exploring gender equality which is something else I have heaps to say about. Apart from that you’re just going to have to keep your eyes peeled…

If you could collaborate with any living artist, who would it be?
I’ve already dropped his name twice but here it is again - Keaton Henson. If I keep mentioning him it’ll happen, right?

Finally, if you could go back in time and give yourself one piece of advice, when would it be and what would you say?
“Speak out and speak up honestly. Express what you feel without haste. And most importantly – don’t be ashamed.” - I’ve said this many times before and it’s kinda become my life mantra.