Montreal singer, songwriter and guitarist Patrick Krief’s latest album is based on the honeymoon phase of his marriage. On Dovetale he melds contemporary pop and rock sounds for a more positive LP than previous release Automanic which was fuelled by heartbreak and self-destruction. We caught up with Patrick to find out more.

I’d say the core of the album is about love and knowing when to let your guard down, and trying to figure out how to let it down.

First up, tell us a bit about yourself - what first got you into music?
I was born into a very musical family, here in Montreal as a first generation Canadian (My parents immigrated to Canada from Morocco in the 60s). My Grandmother a music teacher, my uncle a pianist/guitarist/flutist and incredible singer/songwriter. My parents listened to music almost obsessively as well.

Were there any particular bands or artists you took inspiration from?
My brother brought home a Beatles tape when I was about 5 (we shared a bedroom) .. The Beatles soon became an obsession for the both of us. We listened to them almost religiously. There is no doubt they are the entire reason I write and perform music. Jimi Hendrix was another huge element.

How would you describe your style?
It’s pop from another era.

If you could collaborate with any living artist, who would you choose?
I’d love to witness Bob Dylan’s process. 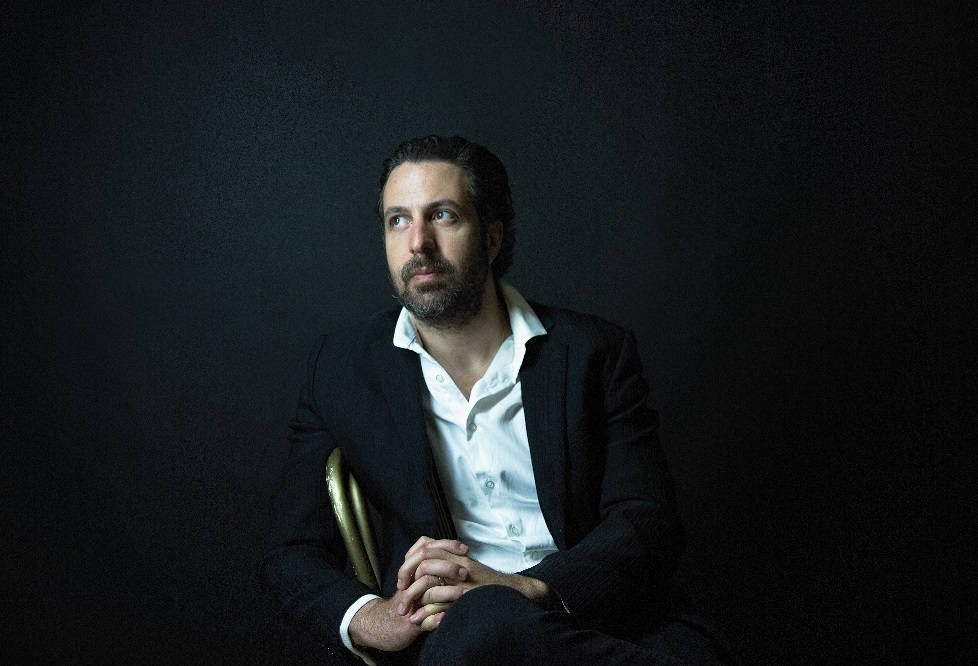 Tell us about your new album Dovetale. What’s it about? What are it’s themes?
I’d say the core of the album is about love and knowing when to let your guard down, and trying to figure out how to let it down. It’s about new beginnings and trying to let go of the past. It touches on themes of anxiety/ depression as well.

When did you write it, and where did you record it?
I wrote most of it when honeymooning in Italy with my wife in 2017. I tracked it in my apartment and a studio in Montreal called Mixart.

How does Dovetale represent your style?
I feel like it’s the one album that could represent a bit of everything I’ve done to date.

Can you talk us through each song?
‘Daydream Lover’: This song is about coming out of a self-imposed state of isolation, and allowing myself to see opportunity.

‘The Autumn’: A song that addresses my personal journey back to a place of vulnerability. It also tackles the subject of anxiety and powering through it.

‘Idols’: A tongue in cheek observation of a past life. Making false promises to myself/others, and not allowing anyone to get close.

‘Bless Modern Love’: Another tongue in cheek observation about the state of love in these modern times. Entitlement, disposability, and fear. The loss of romance, and the unwillingness to fight for love.

‘The Moon Is On My Shoulder’: This song is a playful love song. Something unique and unusual in my catalogue of music. It’s about breaking facades, and being enamoured with someone who loves freely.

‘Million Star’: The first line of this song summarizes the entire record perfectly, “turn the fleet around, the war is over. It’s safe to love again”

‘Osaka’: I wrote this song for my wife. We were up late one night watching The Beatles Anthology, and she fell asleep on me. I was inspired, and grabbed a guitar. The song was written in a matter of minutes while she slept beside me. This track is likely my favourite song on the record because of the way it turned out, and mostly because of how it arrived.

‘Take The Night’: A more typically “Krief” classic set of lyrics here. Angered at betrayal. The song touches on really wanting to see the good in someone, and begging them to see the light, rather than choosing the “night”. The song finally submits to the idea that there exists no dichotomy. Evil is evil, and good is good. Duplicity is the method by which we get deceived.

Ultimately taking solace in knowing that these types of people will do a better job at destroying themselves than you could ever do in trying to fight them.

‘Tonight’: How can someone see the good in you that you yourself cannot see?

‘Dovetale’: One more about betrayal. The song makes references to Judas, and trying to return the silver he claimed, or in my case stole. In this case Judas only offers to return 15 of the 30 coins. Apathy at best. The song is ultimately revealing that the person I am addressing can never change and is the “Devil” in my life. Hoping the person can drop the façade and let everyone know what he is, Beelzebub.

‘Venus’: No better way for me to end a record than have a love song dedicated to the woman who inspired the entire album. My wife, Julie.

What are you hopes for Dovetale?
I hope it can reach as many people as possible and bring them some joy, if not some sort of release and escape.

What other plans do you have for the rest of the year?
Lots of touring, a couple video shoots, moving into a new home and building a new studio.

Finally, if you could wish for one thing to happen for you this year, what would it be?
I’m just always wishing I could continue making music and being inspired the way I have been for all these years.

Listen to ‘Idols’ on SoundCloud below. For news and tour dates go to the Patrick Krief Facebook page.