Multi-instrumentalist OAKLND is unveiling his breezy, California-inspired pop music with the release of debut single ‘Hold On’. We found out more about this new artist.

This single was really about me launching as an artist, getting people to know who I am and what my sound is.

First up, tell us bit about yourself - what first got you into music?
My brother was really into music and it stemmed from there really. I learned how to play guitar and was in a band for while as well before I started OAKLND. My music taste really changed over the course of writing the songs for this project. I started listening to loads more pop and it influenced me to incorporate more of these sounds into what I was starting to do.

Were there any particular bands or artists you took inspiration from to form your musical and thematic style?
I took influences from all over but, mostly bands who are verging on a pop sound influenced me. The likes of LANY, The 1975 and Fickle Friends all really shaped how I wanted this to sound. I think its amazing that bands are starting push the boundaries of what would be indie, into pop.

How would you describe your style?
Mellow synth-pop I think. Clash called it “dreamy west coast yacht pop”.

You decided to pursue a solo project on the back of a trip to Los Angeles. What did you find there?
Loads of palm trees. Seriously, the vibe there is so different. I wanted to try to use the scenery and the chilled vibe over there, and for it to come across in the music. That was one of the main things I wanted to do with these songs. For a while I was trying to find what sort of music I wanted to make and going over there influenced the sound massively.

What challenges did you face turning your bedroom into a makeshift studio?
Loads of mess, not enough space. It’s actually fine, I mean, how much space do you need?! I actually quite like it.

Tell us about your new single ‘Hold On’. What’s it about?
I was trying to get the whole West Coast sound to come across in the music. I wanted people to feel that was something I really wanted to achieve. Lyrically, it’s about the hardships of a relationship and the anxiety that can come from that. 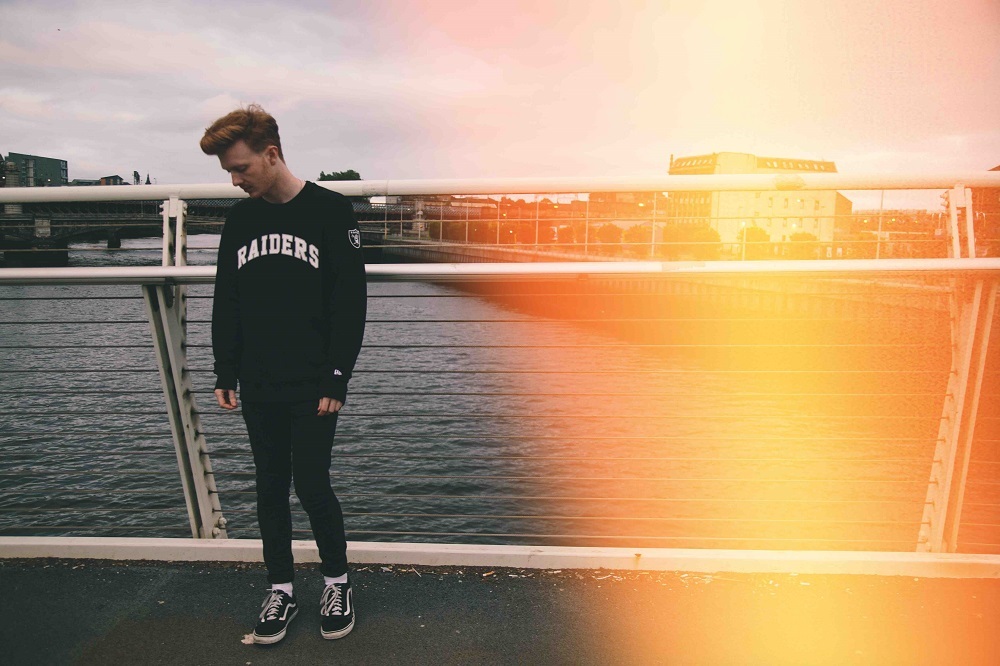 When did you write the single and where did you record it?
I wrote it months ago. It was actually one of the last ones I wrote from these batch of songs. I wrote the first version in my room and it actually came together really quickly and I recorded the final version with Mark Morrow. We added lots of extra parts while recording the final version and it ended up sounding quite different from it’s original composition which I thought was cool.

Is the sound of ‘Hold On’ one you’ve been building up to?
On a personal level, yeah. It took me a long time to really pin down the type of sound I was trying to make and this track encapsulated what I was aiming for.

What are your hopes for ‘Hold On’?
This single was really about me launching as an artist, getting people to know who I am and what my sound is. It’s really cool that the track has had this much coverage and I’ve got some really cool stuff to announce in the future.

When and where can we expect to see you on tour next?
Nowhere yet unfortunately as I’m in the process of booking shows for summer next year. However, you can definitely expect to hear another single early next year.

If you could collaborate with any living artist, who would it be?
Hard question, there are so many! It’s really cool seeing what Matt Healy from The 1975 has been doing with a band called Pale Waves. To be doing something like that with him would be amazing. Paul Klein from LANY is amazing as well, the stuff they write is so personal.

Finally, if you could go back in time and give yourself one piece of advice, when would it be and what would you say?
I’ve been constantly telling myself to be patient, and be organised. It’s so important not to rush things like this, which can be hard. This whole thing has taken me so long but it was worth it to be able to come out with something that was so close to how I wanted it to sound.

Listen to ‘Hold’ on SoundCloud below. For news and tour dates visit the OAKLND Facebook page.