‘My Baby’s No One’s Girl’ is about being blinded by love as fond memories turn to bittersweet retrospect which we’ve all experienced in some form or other.

First up, tell us bit about yourselves - who are North America, and what were you doing before making music together?
We’re a five piece indie rock band, obviously from East London! We met at Metropolis Studios a few years ago and bonded over a mutual appreciation of trashy American comedy films and pizza - and since we all happened to make music we started a band and a few of us moved in together too. Before we met we were finishing up studying, starting new jobs, the usual!

Why the name ‘North America’? What do you stand for?
The name isn’t supposed to be any kind of statement, really. We used to have a different name, but decided to change it recently and this was the one we didn’t all hate. We like the sense of scale and grandeur it evokes, which we feel reflects the ambitions of our music.

How would you describe your musical style?
We mix folk and some country elements in our melodies and lyrics. with an electric sound more akin to modern indie rock. So I guess we could be described as indie / folk / country rock. Indie rock for short.

If you could collaborate with any living artist, who would you love to work with?
Working with The National would be pretty sick. They are just amazing musicians who can write huge anthems, filled with great melodic and instrumental hooks, while still being original and though-provoking with their lyrics, which is literally all we aim to do. 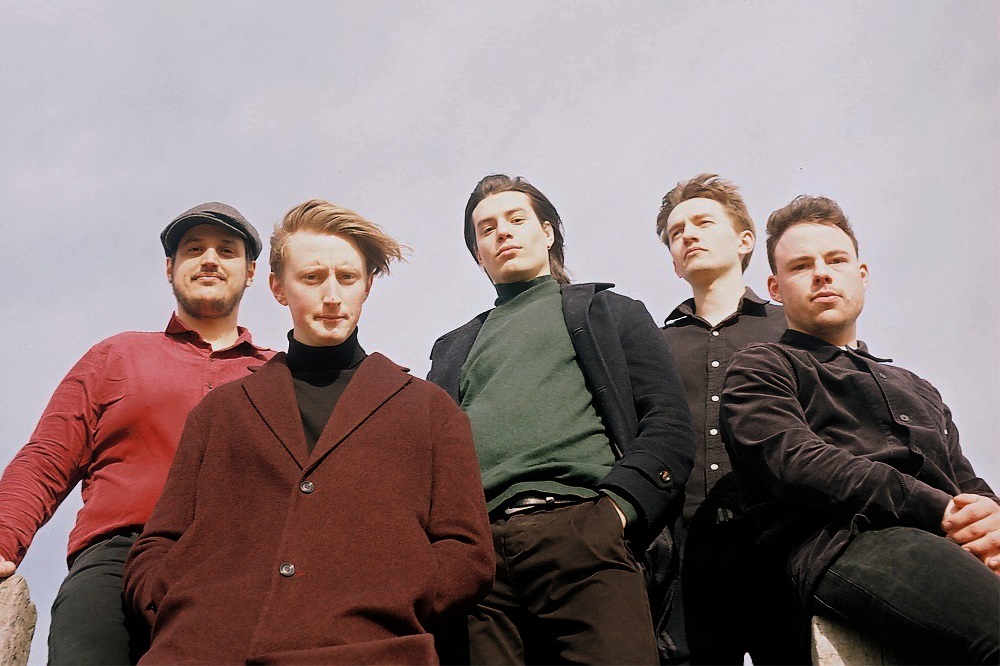 Your latest single is ‘My Baby’s No One’s Girl’. When did you write it and where did you record it?
This song was initially written a while back, actually, maybe two years ago. We only started recording it in the studio last December where it started to take the final form it’s in now, and actually did all the guitars, bass, BVs and everything else at home as we have done with our previous releases. Always helps having a bassist/producer wizard called Sandro in your band to mix and produce everything.

How does ‘My Baby’s No One’s Girl’ represent you?
The song is a combination of feelings, thoughts and I guess fears I was having when I wrote it, and follows the narrative of two lovers. It’s not necessarily about a specific person, it mixes reality with fiction, but the emotions and experiences are very real which I think is why we all enjoy performing it (along with some big energy!). In essence, the song is about being blinded by love as fond memories turn to bittersweet retrospect which we’ve all experienced in some form or other.

What are your hopes for ‘My Baby’s No One’s Girl’?
I guess our only hope when we make music is that someone out there will connect with it, and maybe enjoy listening to it as much as we enjoy playing it. Streaming numbers and revenue and all these things are just a consequence of making something that people can connect with and appreciate. It takes time and craft.

You’re heading into the studio to record your debut EP. How are you approaching that experience?
We’re super excited about it! We’re working with a really cool producer this time, which is new to us and the first time we’ll be collaborating with a producer, as all of our releases to date have been self-recorded and self-produced by our man Sandro. We can’t tell you who we’re working with just yet though! We’re really looking forward to seeing what ideas he has and what he brings to the table.

What are your other plans for 2019, can we catch you on tour?
We’re not going too far just yet, but if you’re around London and a few other UK cities these next few months you might be able to catch us there!

Finally, if you could go back in time and give yourselves one piece of advice, when would it be and what would you say?
I’d probably go back to when we started out, a few years ago and tell ourselves to stop being lazy and make an Instagram account already. Good or bad, that stuff is just a massive deal these days and the sooner you realise it, the better for you, really! Oh, and no-one needs to eat that much pizza.

Listen to ‘My Baby’s No One’s Girl’ on SoundCloud below. For news and tour dates go to the North America Facebook page.