Nix Dadry has gone solo after making two albums with his first band and playing the circuit. He looks back on those days as a ‘training’ ground, and now he’s gearing up to the release of his new EP. We speak to Nix about latest song ‘Station Street East’, his influences and what’s coming next.

I care about breaking barriers and uniting people of all backgrounds, whether it’s race, gender or sexuality.

First up, tell us bit about yourself - what first got you into music?
Oh man that goes way back to when I was about 5 years old. I always liked it as well as art, movies and books. Getting more serious happened when I was 12 and my brother’s friend taught me some basic guitar. Being the youngest of the family, I had a lot of older influences from cousins, siblings and friends.

Were there any particular bands or artists you took inspiration from?
Guns N’ Roses, Nirvana & The Black Crowes.

How would you describe your musical style?
Multi-influenced rock.

If you could collaborate with any living artist, who would it be?
Jack White. I’ve literally written a song especially for him and only his wizardry can pull it off! 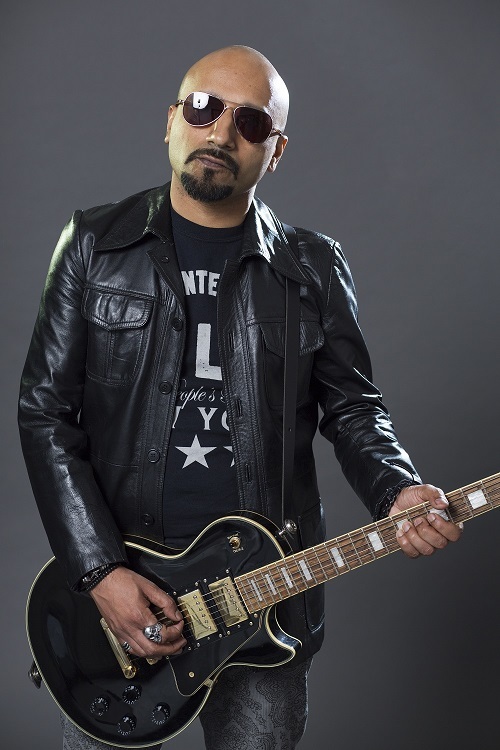 Tell us about your new single, ‘Station Street East’. What’s it about, what are its themes?
It’s about the neighbourhood I grew up in, the trials and tribulations of youth and how we disperse as we get older. Ultimately it’s reflecting on where we came from and where we are now.

When did you write it and where did you record it?
I wrote it years ago but it just sat there. I seriously wanted Lenny Kravitz to record it as it’d suit him so much but what are the chances of reaching him? It was recorded in Birmingham with a great co-producer named Dan Willett. He’s my main collaborator.

How does ‘Station Street East’ represent your style?
It represents an important side of where I feel I’m at. As a rocker, I’m very moved by the black American roots of blues, soul and funk. Relative modern influences on this song include: Aerosmith and The Heavy. Coming from an Indian-Punjabi background I never liked Bhangra, although other Indian music is cool from a listener’s point of view.

You worked with Julie Claire on ‘Station Street East’, how did that collaboration come about? What did she bring to the single?
I first worked with Julie a year ago when she guested on a rap/rock collaboration I recorded with two LA-based hip-hop artists. Dan Willett introduced me to her when I asked if he knew any great female vocalists.

What does she bring? She’s a star & a real professional. Not only is her singing beautiful but she’s inventive and will always add new ideas to elevate the song. On top of that, she’s a talented cellist and a gracious person.

What are your hopes for ‘Station Street East’?
I really hope it catches fire as it crosses over into various musical tastes. I also care about breaking barriers and uniting people of all backgrounds whether it’s race, gender or sexuality.

‘Station Street East’ is taken from your forthcoming EP out in July. Can you tell us a bit more about that?
You’re the first publication to know the title of the EP. It’s called Screwface and it contains five songs. There’s an eclectic mix of styles, including a tune about a vampire on which Julie Claire also appears. Various musicians put their stamp on it.

The icing on the cake was a lead guitarist who played the most incredible hooks and he looks just like Ben Stiller. That was quite a funny thing to witness!

What can you tell us about your plans for the rest of 2019?
I’d love to play live more, but don’t have a permanent band. I’ll try and get some hired guns and put together two EP launch parties. One in London, and one in Birmingham.

Finally, if you could go back in time and give yourself one piece of advice, when would it be and what would you say?
Hahaha, that could be many things but to keep it musical, I’d go back 15 years and tell myself to quit the band with my brother and start afresh with a whole new thing. Don’t go into any projects with siblings!

Listen to ‘Station Street East’ on YouTube below. For Nix Dadry news head to nixdadry.com.