Nathassia likes to transgress borders and mind sets with her music. She made history as the first electronic music artist to perform at Valley of the Kings in Luxor at the Nefertiti International Fashion Festival. Her debut album Light Of The World was released in April 2017. We quizzed Nathassia about her career so far.

We are maybe about to face the biggest change in our history, when love merges with technology.

2017 - what will you look back on most fondly from the year so far?
The pleasure I’ve had meeting so many lovely new fans during my first UK tour.

Did you make any new year’s resolutions at the outset of 2017?
Find more ways to eat more fruit, so I bought a smoothie machine and I’m rocking it big time!

What was the biggest lesson you learnt in 2017 so far?
Do not book your show on the same night as Kraftwerk (even though that wasn’t my fault).

What was the musical highlight of 2017?
The finale set at the Swamp stage at Modem Festival in Croatia! I really love the vibe of international music festivals.

Who are you excited to hear from in 2018?
The film A Wrinkle in Time.

Tell us about the record you have just released.
It’s called Light of the World. You’ve probably heard about A.I. and robotics? We are maybe about to face the biggest change in our history, when love merges with technology. That’s what the song is all about. 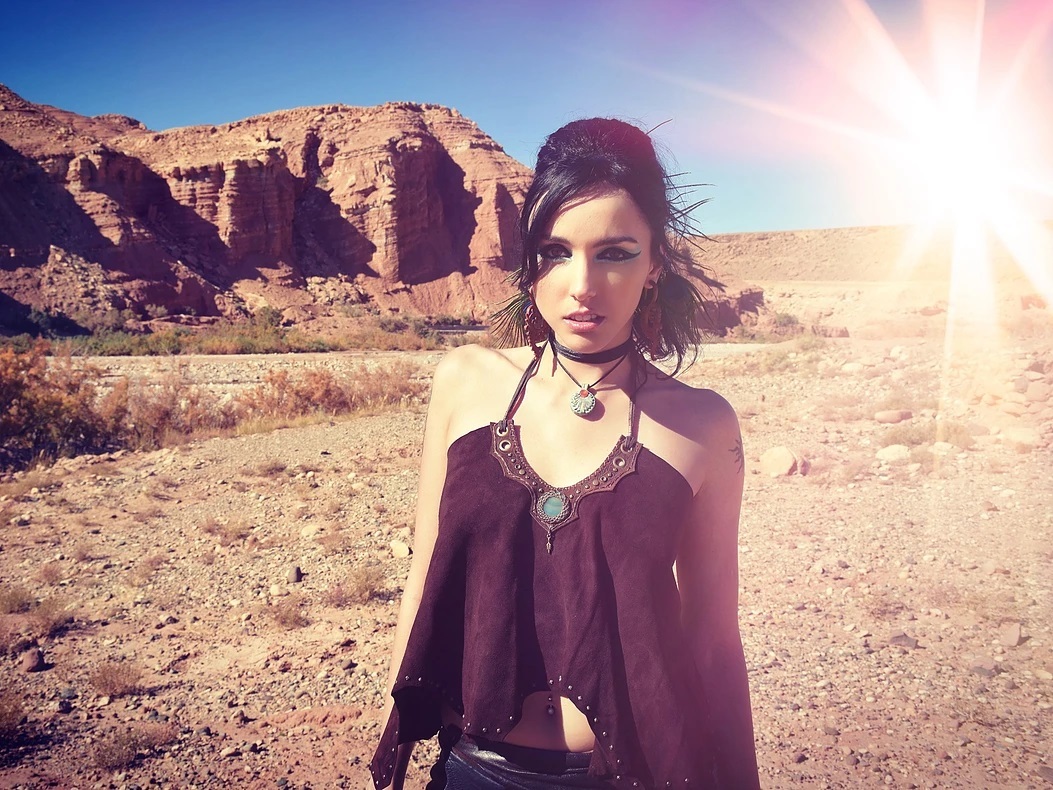 If you had to pick three artists to be filed next to, who would they be and why?
My vocal style has been compared to Kate Bush, at my last few shows I had a few fans wearing Kraftwerk t-shirts because of my music, and a fan told me about my performance that I was like the new David Bowie to her.

What inspired the record?
The merging of human consciousness with Artificial intelligence in our near future.

If the record were an animal, what animal would it be?
An elephant (because of their ability to learn and be self-aware).

If you could jam with one artist alive or dead, who would it be?
Elvis Presley.

If you could have written one song by another artist, what would it be?
“Happy Birthday!”

Someone is making a film of your life, who will play you?
Eva Green.

Lastly, tell us one thing you have never revealed in an interview…
The first support act of some of my UK tour dates was actually me in disguise! I have some funny stories about people finding out!

Watch ‘Light of the World on YouTube below. For news and tour dates go to nathassia.com.