Ms. M|CHL, pronounced Mz. Michael, grew up in rural Oklahoma and discovered the healing power of music at an early age. Her career started to move forward quickly after moving to Los Angeles, culminating with a meeting with her now-collaborator, the singer-songwriter David Moriarty. We caught up with Ms. M|CHL to find out more, including details of her debut album, *Anaxiphilia*, out now.

Anaxiphilia is the story of us all, really. (I think!) Dreams and failures are also our soulmates and heartbreaks. We have all had them and despite everything, we wouldn’t have it any other way.

First up, tell us about yourself - what got you into music?
Growing up a black girl in rural Oklahoma was quite a lonely and confusing challenge. I found solace performing in the church with my Grandfather, Mother, and brother beginning at the age of five. At twelve years old I began writing songs and discovered the profound healing power music offered.

Were there any particular bands or artists you took inspiration from?
My earliest writings were largely inspired by my first influences of Prince and Whitney Houston. By the time I graduated high school my music was heavily impacted by Nirvana, Soundgarden, and Nine Inch Nails. Today, I am constantly in awe of Tame Impala, Odesza, Phantogram, Alabama Shakes, and FKA Twigs. (And so many others!)

How would you describe your musical style?
An intertwined melding of alternative, rock, soul, grunge, R&B, pop, and all things indie.

Why did you decide to go by the moniker of Ms. M|CHL?
While it is a very long story, to summarize, my name was inspired by a few different figures in the bible. After growing up with a specific (mis)spelling and specific (mis)pronunciation, I moved to the big city of Los Angeles and discovered that people wanted to tell me what my name was, even in spite of my objections.

In the spirit of self realisation, I removed letters that gave people pause (and/or emboldenment) and continued to go by the pronunciation I was raised with.

If you could collaborate with any living artist, who would it be?
I pray Dave Grohl likes my music, to just talk to him would send me over! And although our styles are very different styles, I would love to work with both Kendrick Lamar and Active Child. I am obsessed with them both.

Tell us about your album Anaxiphilia. What’s the inspiration behind it?
Anaxiphilia is my long awaited, hard-fought, debut album. As it turned out, it is the retelling of my journey through the struggle of falling in love, (more than once) to my detriment. It is an expression of the “hopeless” in all of the hopeless romantics out there and it’s meant to be a full spectrum journey to all the corners of our hearts.

Anaxiphilia is the story of us all, really. (I think!) Dreams and failures are also our soulmates and heartbreaks. We have all had them and despite everything, we wouldn’t have it any other way. 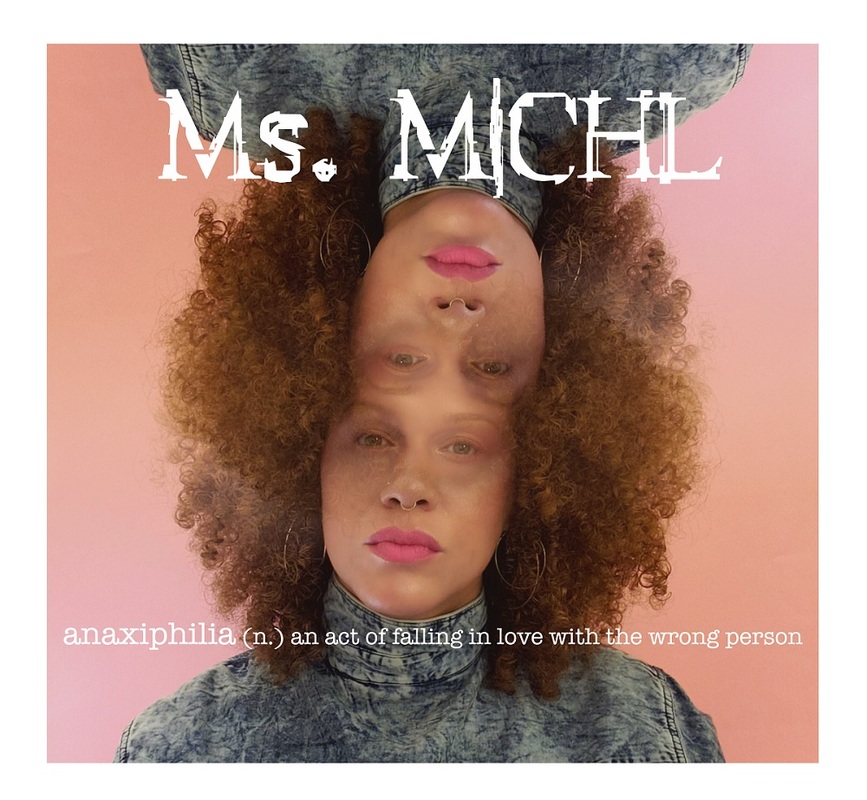 When did you write it and where did you record it?
I met my co-writer, David J. Moriarty, in 2017 and we started creating right away. We had finished writing 95% of the album by early 2019 and started recording July 3rd in Venice, California. Ten months later, Anaxiphilia was finally done and more than we ever dreamed it could be.

How does Anaxiphilia represent your style?
I am very proud of all the different ways I was able to express myself with this album. I have always been immersed in and influenced by many genres and I really love how this record is a wild ride through all sorts of emotions and vibes.

Can you talk us through each song?

1. 'Always You': Speaks to the feeling of falling in love and that sentiment being the only thing that gets you through the day. There is a subtle suggestion that our true love, in fact, may only exists in our dreams.

2. 'Don't Let Red': A cautionary tale to not let a good thing go because there may be flaws. Everyone has them, so if you can't see the beauty in spite of the "mistakes" you will certainly lose every time.

3. 'Pretend': This song is about Ms. M|CHL meeting her first Soul Mate. The relationship ultimately didn't work out and while the ending was painful, it still was the best time of her life. Or was it?

4. 'No Difference': This song is a collection of the strange advice given to Ms. M|CHL through her trials of looking for love and her tribulations of trying to succeed with her music.

6. 'Come Back': This song tells of all the loneliness and solitude that comes from trying to be there for everyone else. Maybe next time it will be better?

7. 'The Happening': Ms. M|CHL's favorite work to date. It's an intimate sharing of her 3 heartbreaks: V.1. - trying to find love again; V.2. - mourning the loss of her 15 year relationship; V.3. - battling the ,often times, hopelessness of chasing your dreams and getting knocked down over and over and over again.

8. 'To The Extreme': A look into Ms. M|CHL's heart and soul as she experiences the magic of watching her favorite artists perform live. Envy perfectly blended with bliss.

10. 'Remembrance Prayer': Ms. M|CHL's greatest fear: To Be Forgotten. The song is a cathartic hope to fend off the inevitable.

11. 'Replay': A piece that speaks to the quiet nights when you are missing a person that is undeserving of such sweetness.

12. 'The Cre8tion': A love song dedicated to doing the work. The best part of Art is the birth of it.

13. 'My Name': A personal proclamation from Ms. M|CHL to those that have misjudged, misused, and mistreated her. Intended to be an anthem for anyone that has felt misunderstood or silenced.

What are your hopes for Anaxiphilia?
I truly believe in this project and I also think it is unlike anything out there right now. I am excited for that! I am excited for music lovers everywhere to connect with these stories and apply them to their own. The sky is the limit but I am dreaming of my debut album also being my debut on the charts. And I am dead-set on touring with the festival circuit next year!

How’s the rest of 2020 looking in what’s becoming a crazy year?
Wow, what a question! This year is getting harder and harder. I am so scared and hurt and tired and enraged. But like all revolutions, the artist’s voice must be loud and fearless. I hope this release will enable me to be able to reach and ultimately help more people.

Finally, if you could go back in time and give yourself one piece of advice, when would it be and what would you say?
I would tell Past Me to believe in myself more and to do my best to only listen to that! And more importantly, DO THE WORK! Everything gets better when you lean into effort even when you’re frightened; especially when you’re frightened.