Mikey is an LA-based pop artist by way of New Jersey. Over the last two years, Mikey has crafted his sound and is releasing a collection of songs throughout 2019. We caught up with Mikey to chat about upcoming single ‘This Won’t Last Forever’, out Friday (May 17th).

At the end of the day I’m definitely a pop artist. I feel like I’ve finally found my own little corner of the genre that I fit into and I’m still exploring that.

First up, tell us bit about yourself - what first got you into music?
I’m Mikey! I’m based in LA but was born in Brooklyn and grew up in New Jersey. I was never really interesting in playing music as a kid, until I did a random school report on Elvis Presley in 5th grade. I immediately became obsessed with his music and everything else about him and wanted to learn how to to play guitar which once I picked up my whole life changed.

I taught myself guitar and drums but would sing only when I was alone. Eventually after playing drums for awhile in my first band I started to sing as well and the more I did it in front of people the more I realized how much I loved it.

Were there any particular bands or artists you took inspiration from?
Besides Elvis, I was a huge fan of Motown. The Temptations were a group I loved before I was interested in actually playing, so once I started singing I feel like I took some inspiration from them in terms of feel and the soul of it. My dad is a massive Beatles fan so I was always hearing them growing up and naturally they became a big influence once I picked up the guitar and started writing songs.

My music taste grew immensely over the years and I ended up listening to literally anything from any genre which I think played a big part in my songwriting growth.

How would you describe your musical style?
At the end of the day I’m definitely a pop artist. I feel like I’ve finally found my own little corner of the genre that I fit into and I’m still exploring that. I’ve been involved in so many different genres in the past trying to figure out who I am, but over the past two years of this project coming together I finally feel at peace with my sound and where it can potentially go.

If you could collaborate with any living artist, who would it be?
This a tough one just because of how much music I listen to and how many people I’d love to work with, but I think it would be The 1975 at this moment.

I’m constantly impressed with Matty’s lyrical content and feel like he’s found a way to open up his mind in a way I’m extremely envious of and would love to learn even a little bit of his process. The group as a whole have a consistency in the quality of their craft that I really admire. 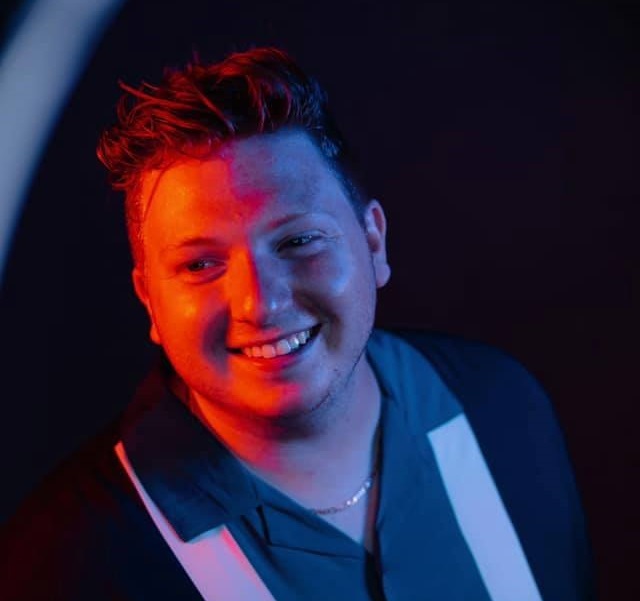 Tell us about your latest single, ‘This Won’t Last Forever’. What’s it about, what are its themes?
It’s a song about being aware that a relationship you were in had an expiration date. It’s taking an honest look back and admitting that you always knew it would end while also embracing the positives that were there. It’s about past love, moving on and acceptance.

When did you write it and where did you record it?
I wrote this one last year with my friend Michael Morgan, who also produced it with the help of Dom Liberati on the bass. It was a seriously great collaborative process overall. I recorded it at Chalice in Hollywood where I cut most of my vocals with my good friend Josh Florez who is crazy talented at everything he does.

How does ‘This Won’t Last Forever’ represent your style?
What I like most about ‘This Won’t Last Forever’ is the contrast between the music and lyric. I’ve always been one to lean on more somber revelations and I feel like I hit a balance I’ve been hoping to for awhile on this one. The song is so fun and playful melodically and production wise, while the lyrics kind of weave between happy and sad.

It captured the mood of the story I wanted to tell here, it’s all about being self aware and acknowledging the truths of the relationship which has its highs and lows so I feel like having the song sound more fun than it actually is was a great representation of me and my songwriting style.

What are your hopes for ‘This Won’t Last Forever’?
I just want it to be out there for people to listen to. I hope people like it and can relate to it and maybe be able to think of a relationship they can look back and feel these things about. It’s always a victory if someone can relate. At the end of the day I’ll just be happy to have this out in the world because I’m proud of it and have so much more to share.

What can you tell us about your plans for the rest of 2019?
I have a ton of new music to get out there. You can definitely expect to hear a few more singles by the end of the year. I’ll also be starting to do more live shows starting with a debut show for this project in LA this summer.

I wrote for the better part of the last two years and am still going, so there’s so much more to come and I’m excited to see how it all unfolds.

Finally, if you could go back in time and give yourself one piece of advice, when would it be and what would you say?
I’d tell myself to spend more time focusing on what makes me happy instead of searching for whatever will please everyone else. There will always be somebody who wants you to do things differently and it is impossible to make everyone happy, so you might as well make and do things that you love. It’s something I’m still working on but I wish I made the realization sooner that it was something I need to do.

Listen to upcoming Mikey single ‘This Won’t Last Forever’ (out Friday (May 17th) on Facebook below. For news and tour dates go to Mikey’s Facebook page