Singer-songwriter Megan Henwood’s new single is ‘Seventh’, taken from her forthcoming album, River, depicting her lifelong relationship with the rivers and seas that flow into her creativity. We spoke to Megan about her new music and influences finding her sound.

Some songs are very personal and introspective, others more lyrically universal.

First up, tell us bit about yourself - what first got you into music?
My friend Rosie’s Dad was a musician and encouraged us to write some songs and he recorded backing tracks, I realised then how much I enjoyed singing and writing. I started writing on the piano and got a guitar when I was about 14 which really opened up my passion for writing and playing.

Were there any particular bands or artists you took inspiration from to form your musical and thematic style?
My first big influences were Bill Withers, James Taylor and then I got really into Elliot Smith, Anais Mitchell and more modern songwriters. I have always had an love for lyrical music, story songs and interesting use of words and language.

When did you first perform live to a paying audience? How was that?
I was probably about 14/15? It was terrifying!

How would you describe your style?
Lyrical, dark, honest.

You won the BBC Young Folk Award in 2009 aged 20. What did that do for your career?
It opened up many doors, gave me confidence to carry on and keep learning and I met so many amazing people through the opportunities winning the award gave me.

What’s your favourite story about being on tour?
Last year I was touring with ‘Show Of Hands’ and one night I stayed at the wonderful Phil Beer’s house, his spare room was right at the top of his Devonshire cottage and when I got up in the morning, nature calling urgently, I could not get out - the latch on the door was so stiff - I tried for ages to do it, then tried to wake Phil up to help, contemplated climbing out the window - it was pretty scary at the time but all the crew enjoyed recalling this tale for the rest of the tour!

Tell us about your album ‘River’. What’s it about?
It’s about lots of things - but the central theme is how water has always been a big part of my life, having grown up by the river and spending a lot of time on boats and in the sea. Some songs are very personal and introspective, others more lyrically universal. 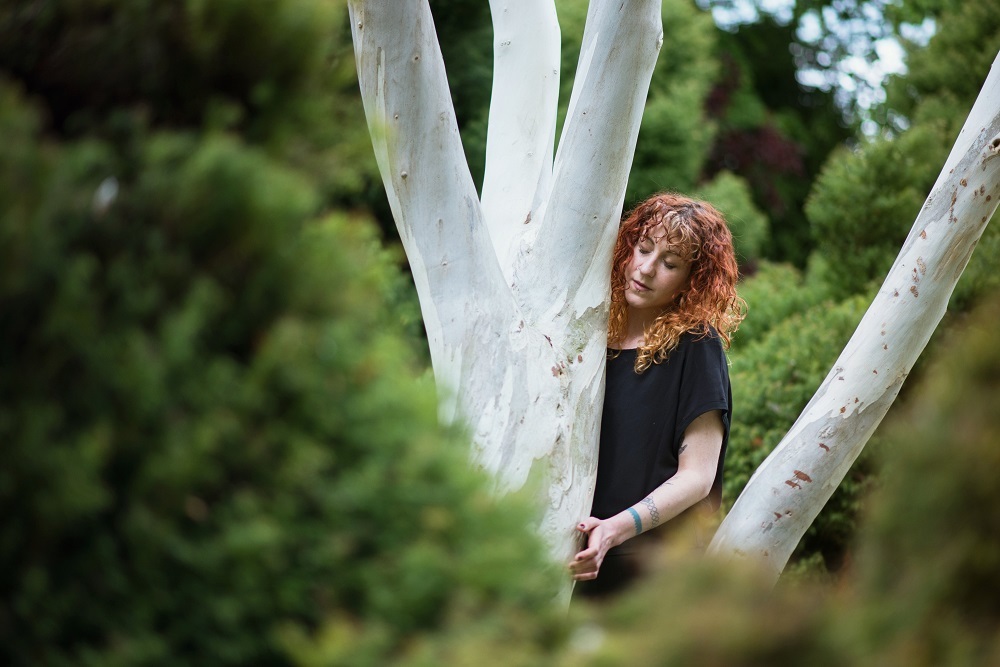 When did you write the album and where did you record it?
I wrote it over the past 18 months, made demos for the songs in my bedroom in Oxford and then recorded the album at my brother’s studio with producer Tom Excell. We got the bulk of the album recorded in just one month which was a lot quicker than my previous albums!

Your new single is ‘Seventh’. How does it fit into the album?
It’s about the cyclical patterns that lead us to make the same mistakes countless times. It’s one of the more obscure tracks on the album, both lyrically and sonically.

What’s its style?
Well, it’s in a more unusual time signature so some might find that off-putting - but we’ve blended acoustic guitars with lots of synths so I suppose it’s a mix of folk/electronica?

What are your hopes for the album and single?
Just that people enjoy it and maybe find something that resonates with them.

When and where can we expect to see you on tour next?
I’m about the start a tour of the UK, all the dates are up on my website and we finish in London on November 27th with a full band show which I’m hyped about.

If you could collaborate with any living artist, who would it be?
Stevie Wonder.

Finally, if you could go back in time and give yourself one piece of advice, when would it be and what would you say?
I’d probably go back to my 14 year old self and tell her to stop being lazy and practice the piano as well as your guitar.

Listen to ‘Seventh’ on SoundCloud below. For news and tour dates go to meganhenwood.com.