Greek composer, producer and thereminist May Roosevelt released her fourth solo album Junea in October, her first for label Inner Ear. Influenced by artists such as The Residents, Massive Attack, Bach, Bjork and Clara Rockmore as well as Greek traditional music and Byzantine chants, Roosevelt’s electronica has been characterised as haunting, dramatic and mysterious. We caught up with her about her career so far and new LP.

The theme of each track lies on abstract ideas, and can be understood better through an image or a video, but overall, transformation and optimism was what I had in mind when I made the music.

First up, tell us bit about yourself - what first got you into music?
I really can’t remember a time when music has not been a part of my life, so it’s impossible to find a clear starting point, only landmark events on this relationship with music. The tape recorder where me and my mother recorded the voices of our family, my first Casio synth, and then the violin lessons as I grew older, installing a music DAW, my first drum machine, the theremin and so on…

Were there any particular bands or artists you took inspiration from to form your musical and thematic style?
I think that all the music I’ve listened to throughout the years shape my taste and the music I create. Of course there are some musicians that impressed me greatly not only for their music style but for their overall approach towards music, for example The Residents, Kraftwerk, Bjork, Brian Eno, Laurie Anderson.

You’re perhaps best known as a thereminist. When did you first play a theremin and what’s its appeal?
It was at a friend’s house, and I had never seen or heard before an instrument like this. I moved my hands towards the antennas and I was amazed. A few minutes later I listened to the recording of the ‘Swan’ by Clara Rockmore and I understood what you can do with this instrument.

That was the beginning of a very interesting musical journey for me because I had to learn how to play by myself - there is a very small number of teachers around the world. It’s a magical instrument that combines in such a profound way the beauty of science and physics with the beauty of music. And also a very expressive one for a skilled player, sensitive to the tiniest movement.

How would you describe your musical style?
So far, every one of my albums has followed a specific concept that drives the music in different style directions, but since my tools are always electronic, I usually use the broad term “electronic” to describe it.

Tell us about your new album Junea. What’s it’s themes?
Junea was made with a strong intention, to imagine and create a bright and uplifting sonic world. The theme of each track lies on abstract ideas, and can be understood better through an image or a video, but overall, transformation and optimism was what I had in mind when I made the music.

When did you write the tracks and where did you record it?
The music was written and recorded in my home studio in Thessaloniki, after the release of my previous album. I made there all arrangements, sound design, recordings and the pre-mix. For the final mix I worked together with the sound engineer Christos Megas at his own studio. 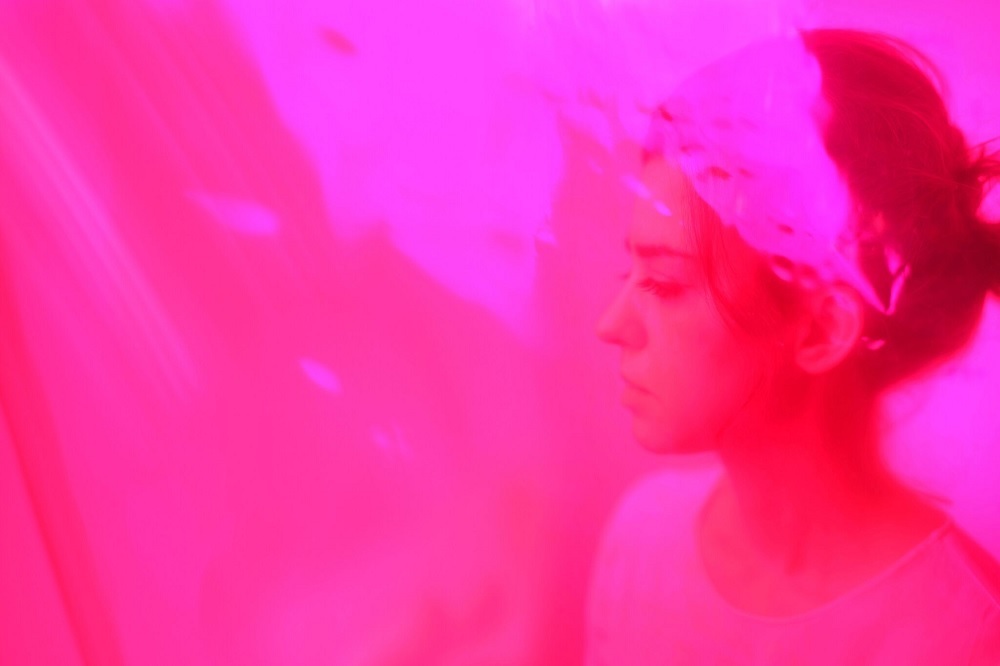 You worked with Agnes Zachari on ‘Flowers’. How did that collaboration come about?
When mixing the album with Megas, I invited Agnes to add some additional vocals on ‘Flowers’, mostly an experiment as I had never worked with another singer before on my tracks. Since Junea is written for a certain type of vocals, a guest would have to adapt in that, and Agnes did that very well! Our tones match and our voices blend almost seamlessly in the track.

Which of the songs was the hardest to finish?
That one was ‘In Your Eyes’. It took a lot of time to finish the pre-mix, especially to find the balance inside the rhythmical part, which has many different kick samples that sound as one and many percussion layers, around 80 channels overall with the synths and vocals. I like this orchestral feel in music and as I compose, I tend to add more and more melodic lines, but sometimes it can get too much!

Do you have any particular favourites?
Not exactly a favourite but ‘Flowers’ for sure holds a special place for me in the album. It was one of the first tracks I made for Junea and that’s the reason that I placed an illustration of a flower on the back side of the LP.

What can we expect from the live shows?
A woman in front of her electronic music devices.

If you could collaborate with any living artist, who would it be?
There are so many great artists alive today and so many names come to mind right now, that makes it so hard to pick one! So for today, I choose Jean-Michel Jarre, I am pretty sure he has an RCA theremin somewhere in his studio between his synth collection!

Finally, if you could go back in time and give yourself one piece of advice, when would it be and what would you say?
I wouldn’t want to do that cause otherwise I wouldn’t have learned what I know today!

Listen to ‘Air’ on SoundCloud below. For news and tour dates go to mayroosevelt.com.