LUMINAR is a composer duo from the Netherlands who have just released their debut album Go On. They describe themselves as having equal parts dream pop, indietronica and post rock. We caught up with them to find out more.

We like our music to have a dreamy atmospheric vibe; lots of ambient elements.

First up, tell us a bit about yourselves - who are LUMINAR, and what were you doing before making music together?
Evert: LUMINAR is a collaboration between Dutch composer and singer Sofia Dragt and me – Evert Zeevalkink. We make atmospheric sounding songs together with elements of electronica, indie, ambient and neo-classical music.

We’ve both been working in music for quite some time. Sofia has been releasing music under her own name and continues to do so. She has also worked quite a bit as a composer for films and documentaries. I started out as a session guitarplayer recording guitar parts for artists, movies and commercials and playing live with bands like EON, the New Shining and Tim Akkerman & The Ivy League. I gradually got into producing other artists and composing my own music. 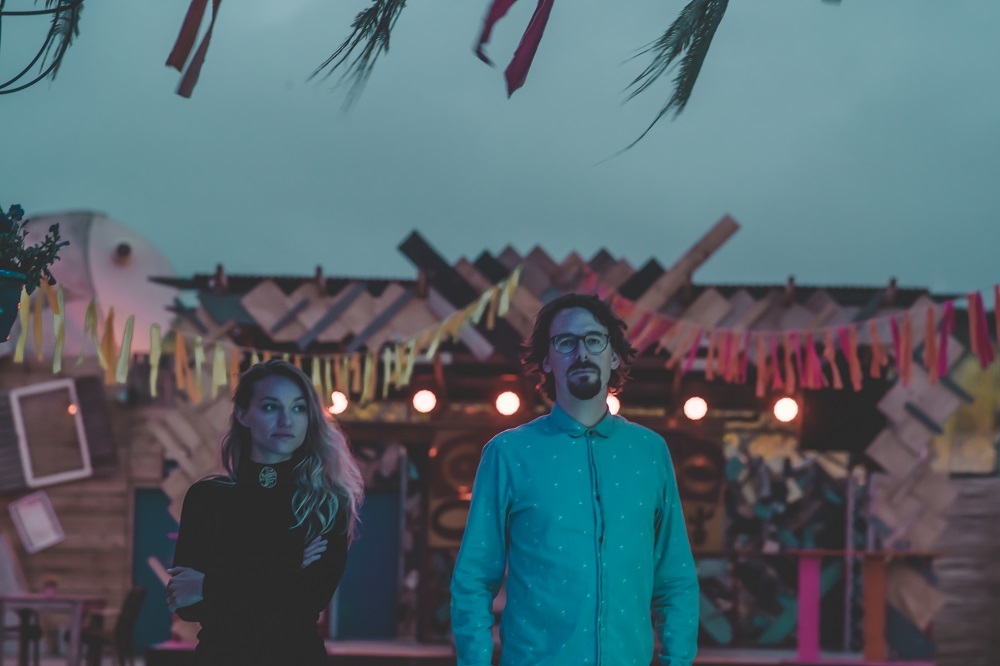 Who did you take inspiration from?
Sofia: When we first got to know each other we quickly discovered that we shared a love for artists like Sigur Rós, London Grammar and Olafur Arnalds.

Why the name ‘LUMINAR’, what do you stand for?
Sofia: When we started writing our first few songs together, sound and story wise our inspiration came from the tv series ‘The 100’. We both liked the style and vibe of that show and it became some sort of starting point of the project. We had some ideas for a band name but LUMINAR eventually suited the ambiance that we had in mind.

How would you describe your musical style?
Evert: It’s song based music with elements of indie and electronica. We like our music to have a dreamy atmospheric vibe; lots of ambient elements. A lot of the songs are quite mellow and melancholic, but then sometimes we go for a big end-sections that just keep building and building like in the song ‘Open Up The Sky’. We’ve started to incorporate a lot more acoustic elements in our music and you can hear influences from neo-classical and minimal music.

If you could collaborate with any living artist, who would you love to work with?
Sofia: We wouldn’t mind collaborating with someone like Ólafur Arnalds or maybe have someone like Brian Eno on board, both very interesting composers and producers.

Tell us about your debut album Go On. What’s it about?
As we both like making cinematic indie pop music we feel that both sound and lyric choices are very much in that vibe and open to interpretation of the listener. So, it’ll give the audience the chance to make their own story. The album mostly is about acceptation and letting go. We felt it was time for an album since we had a nice collection of songs that we’re proud of. 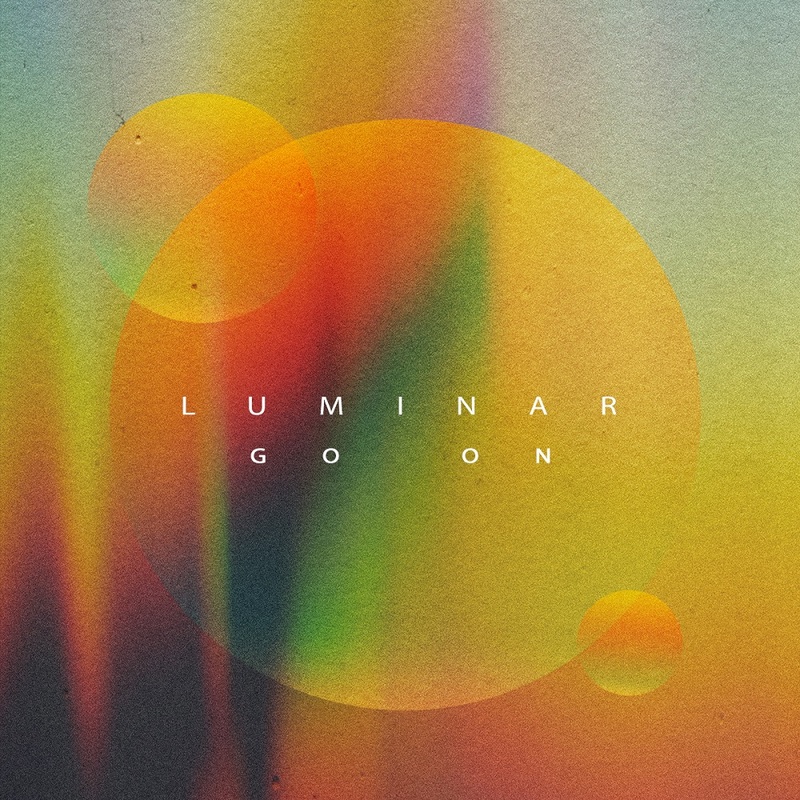 When did you write it and where did you record it?
Evert’s studio was our home base to create and record all the LUMINAR songs in the past two years.

How does Go On represent you?
Evert: You can see ‘Go On’ as the middle ground where Sofia and I meet. We each bring different elements, ideas and skills to the table and I feel we’ve become really good at taking the strongest parts of what we have to offer and using that to create something unique, something we couldn’t have made on our own.

Can you talk us through each track?
Sofia: l’ll highlight a couple of tracks of the album:

‘Alter Ego’ is about seeing a different version of yourself that you love and trying to get to that person when you can’t seem to feel that way at the time.

‘Go On’ is the second single of the album and definitely one of our favorites. It’s about acceptation and letting go.

‘It Leads Home’ is about trying to communicate with another but being insecure if you’re heading towards the right direction. It’s one of the most minimalistic tracks on the album and one we’re really proud of.

‘One Day’ is the first and only song that’s based on an acoustic guitar part. Which is a little surprising considering Evert’s background as a guitar player. Somehow in LUMINAR’s music the guitar is used really sparsely.

‘On And On’ is a really hypnotic and repetitive song. Evert’s love for the music of minimal composer Steve Reich was sort of the starting point for this track. We try to channel his pulsating rhythms into an atmospheric song with sweet beats that feel a bit like Kiasmos or Bonobo. 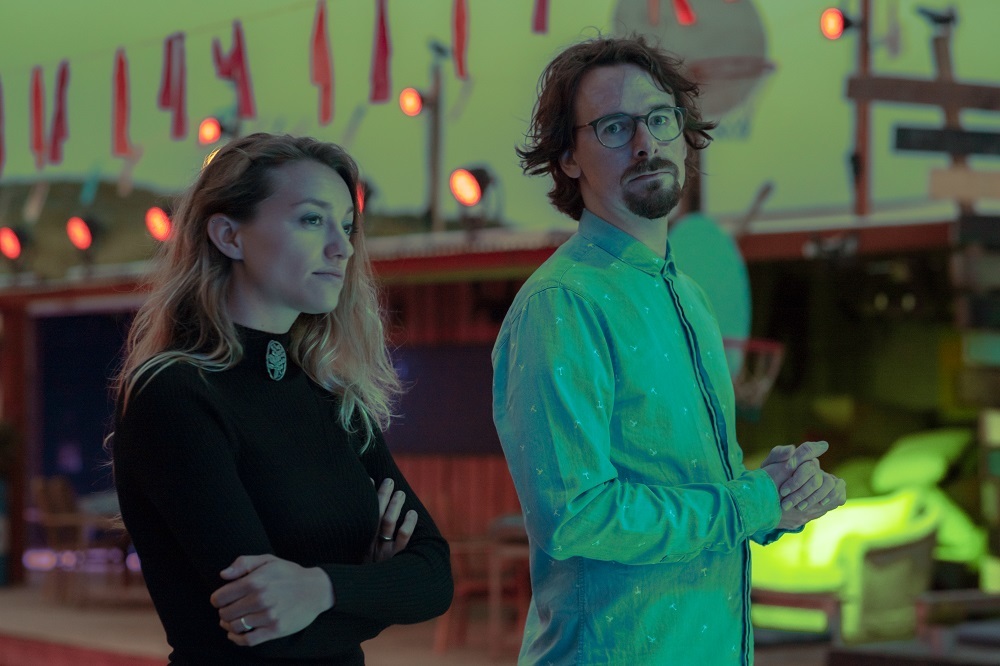 What are your hopes for Go On?
Evert: Several songs of ours have already been used for commercials and other media. We feel our music suits film and cinematic projects really well, and one our bucket list things is to have one of our songs featured in a cool Netflix series like ‘Dark’ or ‘The 100” for instance.

What are your other plans for the rest of this crazy year and into 2021?
Sofia: Creating more new music together as LUMINAR and of course we’ll be working on different cool projects aside from that as well. Evert continues to work as a studio guitar player and producer and I have different film projects coming up as a composer and will release music as a solo artist.

Finally, if you could go back in time and give yourselves one piece of advice, when would it be and what would you say?
Evert: As a young musician trying to make it professionally I was always worrying about becoming successful, getting bigger gigs, whether I was meeting the right people, getting the right opportunities, that sort of thing. If I could go back in time, I might remind myself not to worry too much and focus on enjoying the present a little more.