Brighton’s Lucas Gil has followed up his debut album Not Yet with Rainland, described as old school synth-wave electronica with uplifting beats and black-and-white movie quotes. We caught up with Lucas to find out more.

Electronica. That would probably the best describe my style. But I do dip into chill out, trip hop and some piano as well.

First up, tell us about yourself - what got you into music?
Ever since I remember I have been surrounded by music. My father always had a radio on and had a extensive collection of albums as well. From early years I have learned about legends of rock, different genres of music and all the pioneers of different styles. I think this pushed me to see if I could make music myself. When I lived in London I got into singing, taking lessons and writing songs. From then I wrote lyrics for different bands and singers and it wasn’t until I lived in Brighton that I had my go at making music.

In my day job I worked with a Spanish music producer and it was him who inspired me to write and record my first album. I have worked with him on many projects, some of them were featured in his discography until I released my album Not Yet in 2018. It was later picked up by a different record company, remastered and re-released. I wrote 3-track EP “1984” to promote it. Song itself was already released but I did record intro and outdo songs to give it a new lease of life. Fun fact, Jean-Michel Jarre used the same sample (one I used for 1984 beforehand) as me for one of his live shows

Were there any particular bands or artists you took inspiration from?
I have a favourite artist in every genre, from rock to hip hop, house to dubstep, chill out to ambient, pop to country. Inspiration for the album “Not Yet” was mainly Bonobo and Boards of Canada, but I did love artists who mix classical piano and modern sounds. This was probably the main inspiration. Rainland was definitely inspired by Tron movie, old school science fiction movies of 50s-60s-70s and good old 80s electronica. ‘Robots’ by Landhouse was a massive inspiration here as well.

How would you describe your musical style?
Electronica. That would probably the best describe my style. But I do dip into chill out, trip hop and some piano as well.

If you could collaborate with any living artist, who would it be?
Bonobo, Landhouse, Nicolas Jaar, Strawhatz, Daft Punk, oh the list could go on and on, haha… 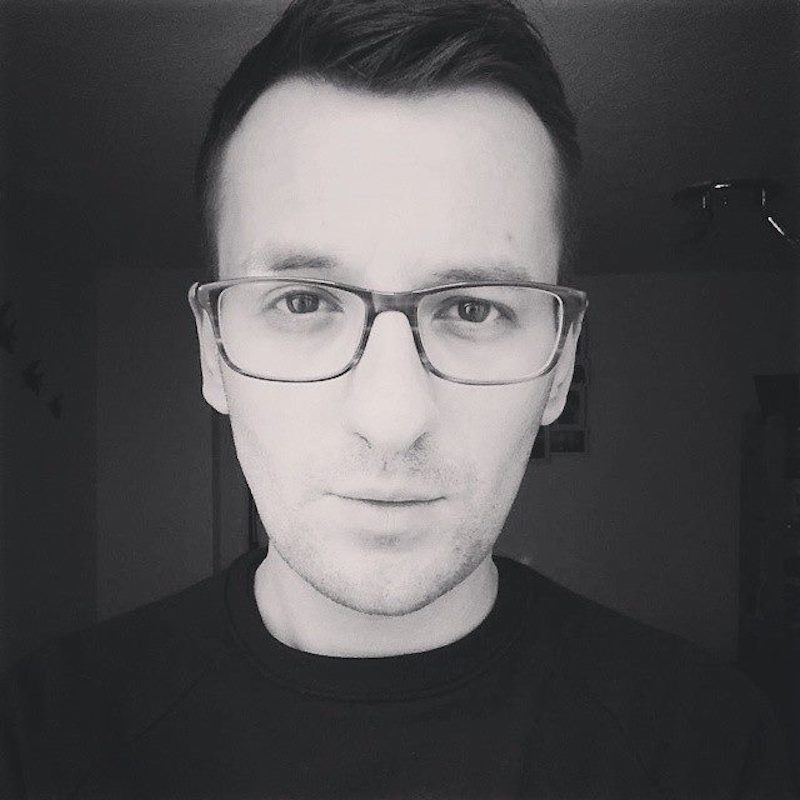 You released your first album in early 2018 followed by a remastered edition with bonus song and 3-track promo EP was then released in fall of 2019. What response did they get?
‘Tango in Harlem’, one of the tracks from the album was a big success in the USA. Saying big, it was big for me. It sold quite a few copies and was even played on a radio station in Los Angeles and New York City. The 3-track promo EP had its moment of shine when Jean-Michel Jarre used the same sample I did for 1984 for one of his live shows. Overall Not Yet is my baby, and I’m happy it still gets streams, sells and responses.

Your second album, Rainland, is out now. What’s it about?
Rainland is about going back to the amazing era of old school science fiction movies and mixing it with 80s electronic vibes while giving it a modern twist. Album art is a photograph that I took at Griffith Observatory in Los Angeles. As soon as I took the photo I have envisioned what it would look like edited and that it would make a cover art for my upcoming album. Name Rainland comes from my childhood.

I remember watching this short stories polish animated series (I think it was originally made in 1969) and the main characters in one of the episodes went to, what translates to english, Rainwater Region. Rainland was a simpler form to choose, and sounded better and more catchy.

When did you write it and where did you record it?
While Not Yet took years in making (between 2015-2018), Rainland took me only few months to write, spanning over A/W 2019. Song ‘Rainland’ itself was written few years back but never made it to Not Yet as it just didn’t fit the style, but felt right for Rainland album. All of the songs were recorded from a home studio in Brighton (UK) but the album was mastered in Los Angeles.

How does ‘Rainland’ represent your style?
After Not Yet I always said I would not record another album unless I felt really inspired and it felt like the right thing to do. I think that inspiration came suddenly and evolved over re-discovering old space age American science fiction movies.

I always knew I wanted to make pure synth wave/ electronic album, and mixing those two together seemed like a great idea. I think it only took me few months to write the album as it just felt natural and somehow easy. I guess this was a style that I felt most comfortable working with and it really allowed me to make a record that I’m still listening to on a repeat myself. 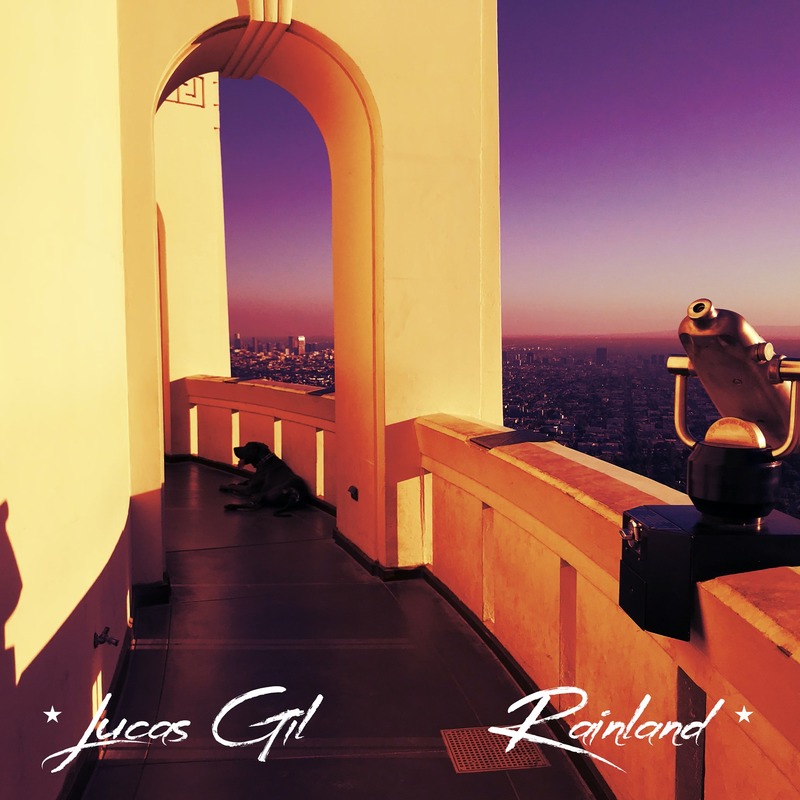 Can you talk us through each song?
Rainland is a journey, from first track being first stop to the last stop being track ‘Rainland’.

‘California Pink and Blue’ introduces us to the style of the album. You can clearly hear the 80s synth wave vibe from the first beat. This is an upbeat song, that somehow sounds a bit like something that you would find in an 80s tv series.

‘Midnight Train’ takes us on a night journey to Japan, linking the song ‘Pagoda’ to it as well. Both of the tracks were inspired by the culture of Japan and the sites of Kyoto. ‘Alone In Kyoto’ by Air was an inspiration when writing ‘Pagoda’, while night landscapes of Kyoto took a play on ‘Midnight Train’.

‘Monster’, although recorded before the pandemic, it strangely ties itself to the situation. It’s heavy on a theme of a monster virus that scientists are fighting with.

‘Ghost’ and ‘Neon’ are fast and upbeat, they are the club-like songs of the 80s. ‘Neon’ reminds me of the movie Tron. They are both a bit different to the slightly slower start to the album.

‘Escape’, the album version, is a song about nature, how fragile it is and how we have an impact on it, either being bad or good. How can we save our own planet. There is also an official video to the radio edit of the song. I absolutely love the build up and the beat of the song and the synth used. As soon as I wrote it I knew this would be a promoting single. ‘Escape’ has the most streams of all of my songs, reaching almost 100k on Spotify alone (at the time of writing this).

‘Distress Signal’ is another song that I absolutely adore. It has a space distress written all over it. It is very synth like and has a very futuristic yet 80s feel to it. Perfect space age science fiction theme.

‘Jungle Demon’ made it the album last minute. It was originally a fun project around some movie samples I had in my library. This turned into a full song but had to be tweaked to fit the album. I think it does not fit the journey theme as such, but it is a nice song and I think it definitely fits the style of the album.

‘Rainland’’ song is short and very personal. Lyrics were written as a short poem first, the music was added and made into a song in time. It was never intended to be released, but, when making the album, Rainland, I had to have it on. It closes the album perfectly.

What are your hopes for Rainland?
I make music because I love doing it. I have been lucky enough to have my music put out there for people to hear. It’s never about how much money it can make. I am happy that people listen to it, save it to their library or buy it. In an ideal world I would love Rainland to be that album that makes it to a larger audience and being appreciated for what it is. If it could make it to the charts would be a dream.

I would love to have it done into a short animated music movie, tying all the songs into one piece of art. That would be amazing. But at the moment, I wish I could spread the word more so there could be more people who hear it and love!

How’s the rest of 2020 looking in what’s becoming a crazy year?
While this time could be used as a creative time, I do feel that the pressure of the reality might block it. I wish I could do more music in this crazy time but I’m happy with what I have done so far. I am tracking the progress of my music every day and every time someone adds it to a playlist or say something nice about it it makes my day. Little things like this keeps us going in this difficult reality. I’m looking forward to Escape reaching that milestone on Spotify and hitting 100k all time streams.

And speaking of being productive. I had just released a special one-off single called Come in Again. This is nothing like I’ve done before as it’s more House, Trance and EDM style. It’s a reminiscence of those good old times dancing the night away in clubs, socialising and having a good time!

Finally, if you could go back in time and give yourself one piece of advice, when would it be and what would you say?
This is a hard one as I’m a strong believer that whatever we’ve done in our lives taught us something and put us on a certain path that might not have happened if we did things differently, even if it was a bad decision at the time.

But, if I had to, I’d go back to when I was in my early 20s and said that no matter what, there is always a sunshine after the rain and that hard work always gives the best results. Nothing in the world is free but your own happiness. Don’t get stuck in something that makes you unhappy just because it’s the right thing to do or because it brings you lots of money.

Most importantly, don’t be afraid to dream big!

Listen to Rainland on Spotify below. For news, go to lucasgil.net or Lucas Gil’s Facebook page.