Jamaican-born, Caymanian singer-songwriter Lonney Love is releasing his first-ever solo EP, led by single ‘Waiting 4 U’. We caught up with Lonney to find out more about his music.

Being a songwriter/producer, ones style can vary, however, I love singing an infectious pop ballad, especially when I’m in my feelings.

First up, tell us about yourself - what got you into music?
Separate from being around my mum and uncle who were both avid singers I got an opportunity to sing at a talent show called Mr & Mrs Valentine I was only 15-years-old at the time, and it was my first time singing anywhere.

When I got on stage the entire audience was talking which made me nervous and also it was a high school pageant so you can imagine how nervous I was, but when I started singing the entire audience went quiet and for the first time I felt like I had a voice and that this was where I was meant to be.

Were there any particular bands or artists you took inspiration from?
The Cayman Islands is a massive melting pot with people, music and culture from all over the globe so it would be normal to hear a mixture of genres on the radio like Dancehall, Soca, Reggae, Pop and Hi-Hop all at once with that said I grew up loving Usher, Genuwine, Garnett Silk, Marshall Montano, 112, Jagged Edge, Sting, Pitbull, India Arie, Beres Hammond, Buju Banton and so much more.

How would you describe your musical style?
Being a songwriter/producer, ones style can vary, however, I love singing an infectious pop ballad, especially when I’m in my feelings.

If you could collaborate with any living artist, who would it be?
I would love to do a collab with John Legend, Jon Bellion, Major Lazor, Khalid or 6LACK. 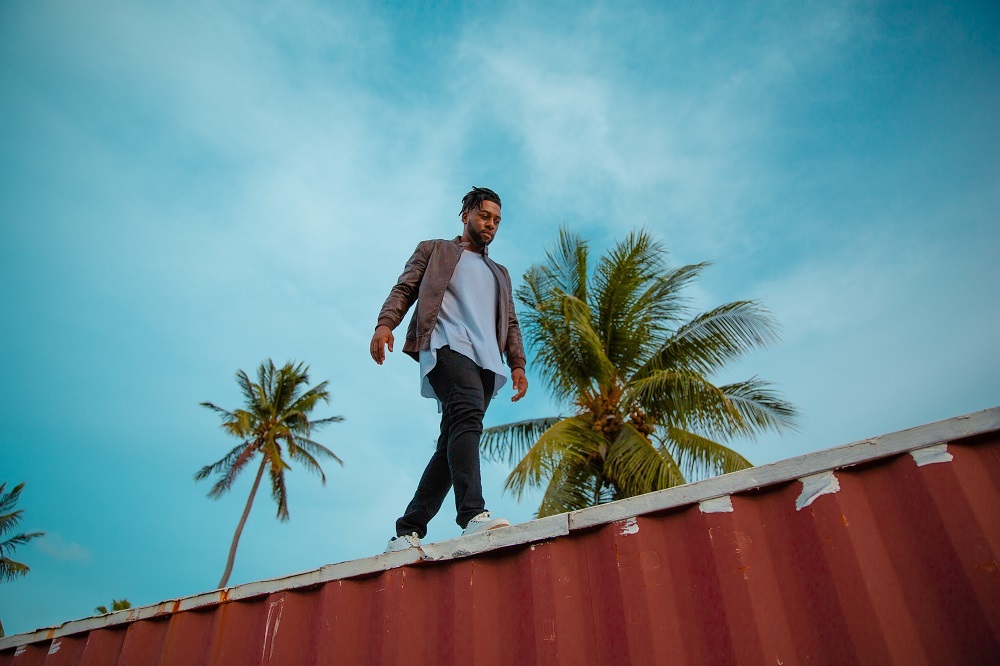 Tell us about your new single ‘Waiting 4 U’. What’s it about, what’s its theme?
I believe that no matter the individual, we all understand that feeling of waiting and wishing for something. To me, true love is one of the greatest gifts to receive, especially when you feel like you’ve been waiting for what seems like forever.

The concept of this song came to me when I met my wife but has since evolved to mean so much more as we create our family and experience the ups and downs of life and its many journeys.”

How does ‘Waiting 4 U’ represent your style?
It showcases my vocal range and my love for writing an infectious emotional pop ballad.

‘Waiting 4 U’ is taken from your debut solo EP. Can you talk us through each song?
The EP is titled All About You and for this EP I wanted to share and express a lot of my emotions having to do with life, love and relationships.

What are your hopes for ‘Waiting 4 U’?
My hope is that someone listens to ‘Waiting 4 U’ and it brings or evokes an emotional memory thats takes them back to a place or time that meant something truly.

What can you tell us about your plans for the rest of 2019? The music video for ‘Waiting 4 U’ was directed by Sam Lancaster and will follow up of my second single and the release of my EP to follow.

Finally, if you could go back in time and give yourself one piece of advice, when would it be and what would you say?
It would be when I was 10 years old being adopted to the Cayman Islands. I would say “We’ve all been given three gifts no matter the age, color or social stature rich or poor.

We all get a life, choice and time and depending on the choices we make will determine how we spend our time some of us like myself require opportunity and opportunity is the choice of another so be prepared for the opportunities that your given and make the best of it because “Success occurs when preparation meets opportunity”.

Listen to ‘Waiting 4 U’ on Spotify below. For news and tour dates go to Lonney Love’s Facebook page.