We speak to Norwegian-born, singer-songwriter Liv Austen who is back with new single ‘The Next Time’, another infectious slice of country-pop.

What I am doing now is merging my love for country and pop more… I have just found my own voice.

First up, tell us bit about yourself - what first got you into music?
I grew up in a musical home, for sure! Both of my parents were really in to music. My mum sings and plays piano, my dad plays guitar and violin. Neither of them do it professionally, but it was such a huge part of our lives. So it was completely natural for me. I played piano as a kid and sang in the church choir. As I got in to my teens I found music that inspired me and got me excited, and I wanted to be part of making that happen for other people! I think I knew quite early that this was something I would be pursuing.

Were there any particular bands or artists you took inspiration from to form your musical and thematic style?
Early on it was Michael Jackson, Elton John… I really got in to Alicia Keys around the time I started writing songs. I also listened to a lot of pop artists like Britney and Hilary Duff. In the more recent years it’s been more country, like Carrie Underwood, Kelly Clarkson and Lady Antebellum. I am also hugely inspired by artists and bands who have their own unique style but hints at older styles in their music, like Carly Rae Jepsen and DNCE.

How would you describe your style?
I tend to say it is part Scandi pop, part UK singer/songwriter and part Nashville country!

You played at Country2Country in London. How did that go?
It was an absolutely insane experience. This was shortly after my first EP came out, and suddenly I was stood in front of hundreds of country fans on a stage that had just hosted Ward Thomas five minutes earlier. It was nerve wracking but such great fun, super friendly and it was definitely a boost to keep doing what I was doing!

Tell us about your new single ‘The Next Time’. What’s it about?
At the time the song was written, I was working with someone who didn’t treat me very well. They didn’t respect my time or opinion, and kept letting me down. I confided in one of my friends and favourite songwriters, Jessica Sharman, and we started writing! We talked about people who always promise to do better next time, but still keep disappointing you. It can be a boyfriend, friend, colleague, whoever. I think we’ve all had some kind of experience like that.

The song has kind of become an anthem to anyone who wants to go: “sorry - that WAS the next time, and now I’m done with you”. A lot of people have told me it’s their breakup song!

When did you write the single and where did you record it?
I wrote it over a year ago actually, the song has been with me for a while. We recorded it at my label’s studio in Essex. I produced it myself alongside my producers Jon Wright and LOFT. 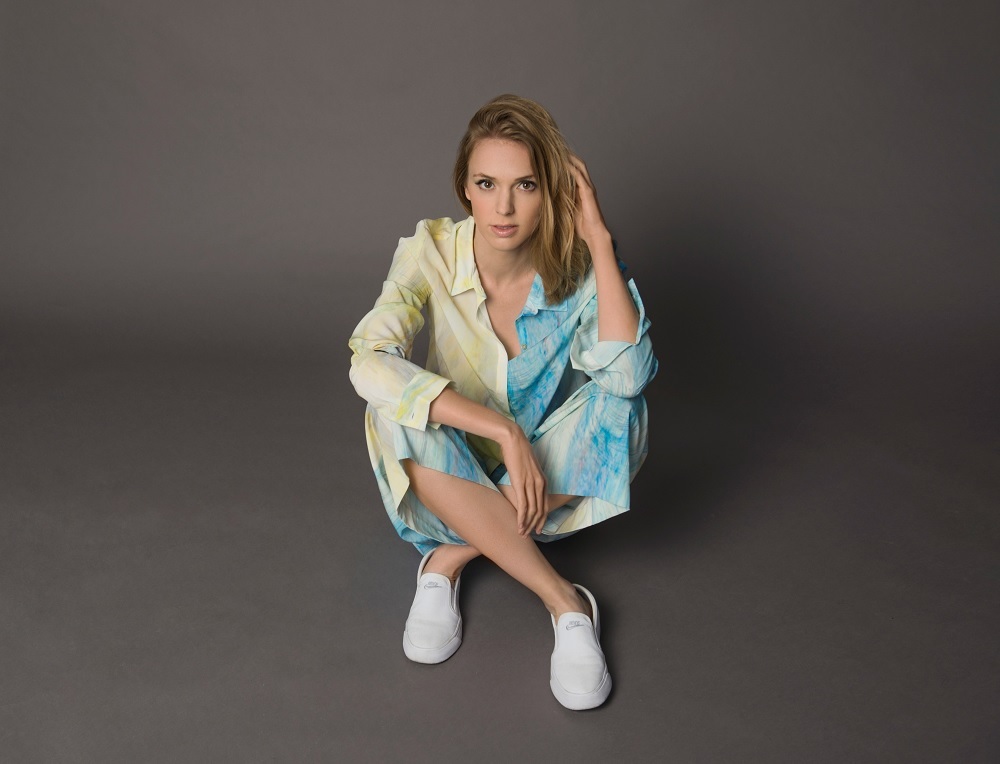 How did you find writing with Jessica Sharman?
She is my favourite co-writer. She is a friend, almost acts like a therapist sometimes in her sessions. She helps me work through what is going on in my life without judgment, and then suddenly we have a song! It’s organic, enjoyable and inspiring. I still remember how the chorus hook came about; we had finished a verse and the prechorus, and she shouts (while playing guitar): “sing something! Anything that comes to mind!” and I sang the “ooh”s that you hear in the chorus. That’s how they were born!

How does ‘The Next Time’ build on your previous tunes?
I think it’s still very me, like the stuff I have done previously it is honest, it is a song about real life, it’s sassy. I guess the biggest difference is that you can hear I have been more involved in the production myself, and that it is slightly more on the pop side. When I did my first singles I had recently got properly in to country music and the songs reflect that. I think what I am doing now is merging my love for country and pop more - I guess I have just found my own voice.

What did Ash Howes bring to the single?
Ash Howes is incredible. He did the final mix of the song - which was amazing, because some of the songs he has mixed were on my playlist of reference tracks for the album! He really brought the song to life and gave it that slick, clear pop feel that I wanted without losing the organic “countriness” of the song itself.

What are your hopes for ‘The Next Time’?
I hope tons of people hear it. I hope it can be an anthem for anyone who needs some encouragement in removing themselves from a toxic person or situation. I hope people smile when they hear it, put it on at home, hear it on the radio in their car or on their headphones on a run. I just want my music to be a part of people’s lives.

When and where can we expect to see you on tour next?
Most likely next year, when my album comes out! I do have some shows coming up though, you can see where I am playing next at livausten.com/shows

If you could collaborate with any living artist, who would it be?
I would love to collaborate with Alicia Keys. She is so incredible. I’d love to work with Carly Rae Jepsen too. And there are quite a lot of Nashville songwriters I’d give my right arm to get in to a rool with!

Finally, if you could go back in time and give yourself one piece of advice, when would it be and what would you say?
It would be to myself in my late teens, when I was torn between following my dream or pleasing my parents and doing something more “sensible” (I think a lot of people have had that dilemma!). I would tell myself that I would be miserable doing anything other than what I was meant to do with my life, so I could just as well start doing it now! I would tell myself that NO ONE knows what path I will take in this life but me, and that I shouldn’t compare myself to anyone else - because my journey will be unique and amazing, if I just allow it to happen the way it’s meant to.

Listen to ‘The Next Time’ on SoundCloud below. For news and tour dates go to livausten.com.