Longtime, Nashville-based songwriter and artist Meghan Roner has finally found her sound as Lieza and has released single ‘Eyeliner’ via LV Music. We caught up with her to hear her story so far.

I honestly feel like this song is a rebirth for me as an artist and I’m so excited to see where it can take me.

First up, tell us bit about yourself - what first got you into music?
I’ve been singing and listening to music for as long as I can remember, everything from country to rock and pop, but I wrote my first song when I was 12-years-old after a really rough patch in my life both mentally and emotionally. I feel like music found me just as much as I found it. The artists that I listened to at that tumultuous time saved me from feeling like I was alone in my struggles and I have forever since felt like I’m indebted to them and have made it a point to write songs that will hopefully help other people in similar ways.

Were there any particular bands or artists you took inspiration from to form your musical and thematic style?
Recently I’ve been very inspired by Banks and Lorde. They’re extremely strong women who are writing incredible lyrics right now, and I feel like I’ve drawn so much of my sound and aesthetic from their likeness. I hope to be half as talented as those goddesses one day.

How would you describe your style?
I guess I’d say that it’s an eclectic mix of moody, lyric driven, electronic pop.

You were once an intern for Femke Weidema. How was that experience? What did you learn from her?
Interning for Femke was one of the most positive and life changing experiences of my life. I went to college for audio production, so she taught me techniques that I had never learned inside the classroom regarding recording and production techniques, but she taught me even more about who I was as a person and an artist and believed in me feverishly. She’s changed my life, she’s given me a chance that I probably would never have had otherwise in this business and I will forever be grateful to her for all that she has taught me and done for me.

Tell us about your new single ‘Eyeliner’. What’s it about?
‘Eyeliner’ is that anthem that you sing to yourself in the mirror when you’ve had a bad day and you’ve forgotten what makes you unique, what makes you strong… Put on your ‘eyeliner’, whatever armour that may be for you, and then go out and take on the world.

When did you write the single and where did you record it?
Femke and I wrote ‘Eyeliner’ in August of this year one late evening in her office at Liz Rose in Nashville. It was actually the first song that we had ever written together! We recorded it inbetween her office and her living room actually, and I love how organically it all came together. It’s very much one of those new age songs that was all done on a computer without any huge label backing or fancy recording studios and I kind of love that. 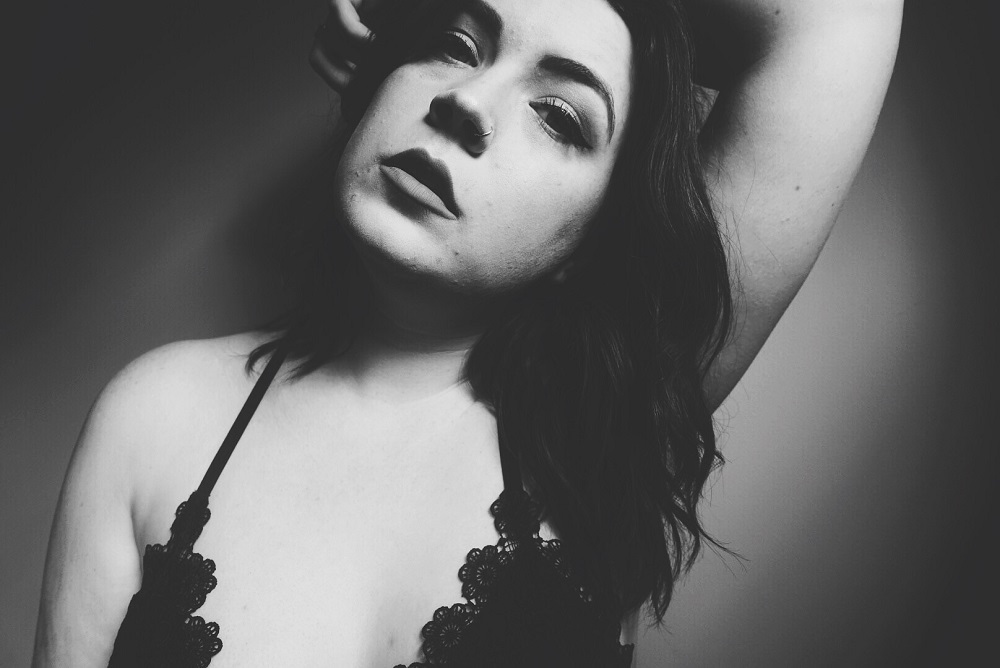 How does ‘Eyeliner’ build on your previous tunes?
‘Eyeliner’ is very different from anything that I had ever written before assuming the alter ego that is Lieza. It’s a great mixture of power and vulnerability that I hadn’t been able to achieve on my own before meeting Femke. I honestly feel like this song is a rebirth for me as an artist and I’m so excited to see where it can take me.

What are your hopes for ‘Eyeliner’?
I sincerely hope that ‘Eyeliner’ reaches the people that it needs to the most. It’s a song that is supposed to remind you that you’re not alone and I want people to know that when they listen to it. Sure, it would be nice for it to be successful in the charts and such, but really at the end of the day I just want it to touch peoples lives and make them think.

When and where can we expect to see you on tour next?
Touring, I’m not sure at the moment. But I’ll be playing some shows around the Nashville area for now until we can build up some momentum and hopefully touring can be an option in the not-so-distant future!

If you could collaborate with any living artist, who would it be?
Honestly, that’s a three way tie between Lorde, Ed Sheeran and Billy Joel. All geniuses in their own right.

Finally, if you could go back in time and give yourself one piece of advice, when would it be and what would you say?
I would probably go back to my 12 to 13-year-old-self and tell her that those bullies that made her feel small wouldn’t be around to push her down forever. I’d tell her that one day she would realise that she was worth more than they could ever realise at the time and that she was a goddess who was always worthy of love. I’d tell her to follow her dreams and never let anyone tell her that she wasn’t good enough. And lastly I’d tell her to love herself a little bit more, because that’s one of the most important relationships you’ll ever have in life. You’ve got to love yourself first before you can love anyone else.