We first spoke to Lexytron last March on the eve of the release of her single ‘Brand New’ (you can read that interview here. Now she returns with a debut album - Something Blue - we caught up with her to find more.

‘Something Blue’ is about love, lust and loss, plus rejection and isolation with a spatter of social commentary.

The last time we spoke to you, ‘Brand New’ was about to be released. What response did it get?
‘Brand New’, as with every single that I have put out, had some lovely reviews over on the blogosphere and from fans but for a different reason to the one before. I think it is because each of my songs is sonically different albeit still very ‘Lexytron’, so each time I put something new out, I find I win a few new people over.

‘Brand New’ has probably got the most radio play out of all my singles, and I know it is a lot of people’s favourite song by me. But it is not necessarily the ‘hit’ of the album. I’ve had people say that their favourite is ‘Blackmail’, ‘Intermittent’, ‘I’m Not A Disco’, ‘Blue’, ‘Gypsy Blue’, ‘In The Box’ and ‘Couples’. To me, that is a massive achievement - to have created an album with many highlights.

What have been your highlights over the last 12 months?
My life has changed massively in the last 12 months. I moved from London to Auckland with my partner and musical collaborator Mike. Saying goodbye to such a vibrant cultural firecracker like London, especially from a musical perspective, was not easy and we knew little about New Zealand and knew no-one here. However, I have taken to New Zealand like a duck to water - the people are awesome, there is plenty of culture as well as exceptionally beautiful nature, and there is a music scene comparable to other major English music hubs.

Since I set up shop in Auckland, I put another two singles out and finally got the album out on Friday, March 20th. I think being able to get that out to the public and say ‘This is Lexytron’ has closed a chapter for me, but hopefully it is the beginning for those that have taken the record to their heart. 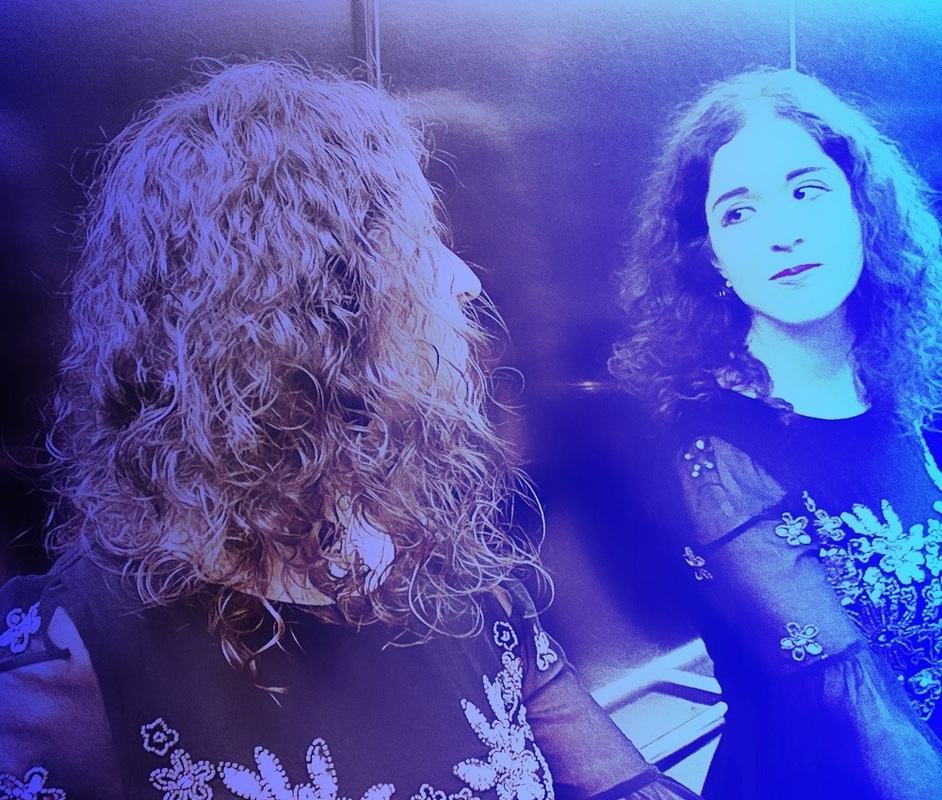 Tell us about your just-released debut album Something Blue. What’s it about?
Love, lust and loss, plus rejection and isolation with a spatter of social commentary. I would say the classic themes behind a lot of rock ‘n’ roll music but all from the perspective of an alternative girl. I named the album after the songs ‘Blue’ and ‘Gypsy Blue’ and because there is a lyric on the song ‘In The Box’ which says “Orange sky on a blue background”.

‘Blue’ as an emotion, concept or colour was a theme, and it also relates to the old saying ‘Something old, something new, something borrowed, something blue’ since I was getting married around the time of recording the album.

Can you talk us through each song?
‘Blackmail’: The Devil’s take on a love song - sick, twisted and tempting with its roaring riffs and psycho-b*tch harmonies. In fact, the Devil is the star of the music video played by silent film director George Méliès.

‘I’m Not A Disco’: This is a feel good, catchy slice of female empowered electropop, shimmering with glitzy synths and a pounding pulse.

‘Blue’: This is the beating heart and love song of the album. It is a strikingly raw portrayal about how it feels to love and lose somebody. That somebody could be living or the ghost of someone departed.

‘Couples’: The lyrics say “You look to the left, and you look to the right, and you see couples” so I feel that gives the game away. Sometimes being alone is liberating but sometimes it downright sucks. What could be seen as downbeat in subject is coloured with Latin-infused rhythms and funkadelic basslines, making for a really fun pop nugget.

‘Intermittent’: This is the shortest song on the album and a pop-punk palate cleanser. The song is about feeling like you’re being taken for granted and toying with slamming the brakes on that relationship as a result. I feel that the meaning goes beyond that though - how often in life do we take what we have for granted because we are always on ‘go’? How often do we stop to appreciate the beauty in the little moments and simple things like a sunrise or a bird song?

‘21.5’: A New Zealand music reviewer called this song the “standout song” on the album and quoted the line “You’ll change your sheet and wash your lover” as a “standout lyric”. I suppose it is about deception, which can range from not being true to yourself through to infidelity and living a double-life.

‘The Veil Of Veronica’: This song title was triggered by a painting called ‘The Veil Of Veronica’. I heard one interpretation of the song is that in this post-truth age, where ‘Fake News’ and ‘Alternative Facts’ are like currency (as well as photoshopped and contrived imagery on social media), it is harder to find what is real and honest. I like that interpretation and it could be what the song is about. I feel as though you could read this one in a few ways.

‘In The Box’: The idea behind the song is about being pigeonholed, stereotyped and “boxed in” by society. As human beings, we are multifaceted yet there is a tendency to label people or form artificial constructs like a class system. The lyrics are a bit psychedelic and could be about many things - just use your imagination!

‘Brand New’: On the face of it, this song celebrates new beginnings and new discoveries. Another reviewer described it as being about the memories of falling in love but that it “was no bed of roses”, which I really liked.

‘Tell The Vein’: The concept of the song is about wishing you could be the gatekeeper of your heart to stop feeling pain, grief and anger. The storyline is for you to interpret.

‘Gypsy Blue’: This is a two-in-one number. The opening act ‘I’m Happiest With You’ is hopelessly romantic - trying to tell someone that is down and out that they are worth something and worth something to you. As the song transitions to the second act ‘Gypsy Blue’, the music undergoes a big shift to a Balkan-inspired party at Jay Gatsby’s mansion, but the romantic folklore continues.

How does Something Blue represent you?
Maybe like my song ‘In The Box’, it represents the idea about being multifaceted as person. We are all unique and made up of many beautiful specific details. I hope this album shows that.

Additionally, my process was not filtered nor was I trying to meet any specification or be a certain way. The music on here is organic and honest. That represents a bigger life lesson - be true to yourself - you won’t be liked by everyone, so there is no point in trying to be someone who you are not!

What are your hopes for Something Blue?
If people listen to the record once and enjoy it, that is lovely and job done for me if I made someone smile. If people listen to the record multiple times and get something out of it on a deeper level - whether it is hearing something on it that they relate to or better still, hearing someone that influences their behaviour or thoughts, then that is a dream come true.

I know that has already happened for some of my listeners because they have told me. I have had a drawing done for one of the lyrics to the song ‘Gypsy Blue’ by an artist and friend who runs the website ‘Happy Doodle Mail’ because the line “You are my sunshine, you are my lifeline, you are my friend when I feel blue” reminds her of the people that she has to support her during tough times. She goes back to those lyrics and that image when she needs to regain strength. That is more than I could have hoped for.

Finally, what are your plans for the rest of the year?
Well, everything I had planned up until October is now out of the window given the uncertain state of the world during this pandemic. There is a TV advert here in New Zealand about the lockdown where this fella says ‘COVID-19, ya DECK!’, and that is how most of us feel at the moment!

This means that the live dates I was sorting out over here are now on hold. However, what it has meant is that I have been able to find some time to start thinking about new music. To quote Tommy Wiseau from the Citizen Kane of terrible movies ‘The Room’, “Don’t plan too much… it may not turn out right.” But unlike the lyric in my song ‘Blue’, I can see the clear sky after the rain.

Watch the video for ‘Blue’ on YouTube below. The album, Something Blue, is available on Spotify and Bandcamp. For news and tour dates go to the Lexytron Facebook page.