“Half Greek, half Persian and half English” - that’s how Lexytron described herself aged five. The Manchester-born Lexy found her music identity early on as a pianist and violinist, now she makes songs with strong rock and pop sensibilities. We caught up with Lexytron to find out more about her influences, writing songs and new single ‘Brand New’.

Playful, purposeful pop music with quirky lyrics and an alternative girl spin on the subjects we all want to talk about like lust, love and loss with a spatter of rejection and isolation.

First up, tell us a bit about yourself - what first got you into music?
I am a female musician who writes songs and sings them. I have recorded an 11 track album called ‘Something Blue’, which I worked on with Mike, lead guitarist of indie rock band City Reign. I learned classical piano and violin from a young age, but I have rock n roll in my blood and I have my parents to thank for it! My dad used to play Beatles tapes to put me to sleep and listened to so much different music. Then, my mum put me to do piano lessons when I started in Year 2 and supported me to learn violin too.

Were there any particular bands or artists you took inspiration from?
The thing about music is who I like and listen to might not necessarily be who I sound like. I have an affection for 60s rock ‘n’ roll and pop music, so I am glad that some of those vibes have been picked up by reviewers. My friend said “Fleetwood Mac meets The Corrs” when she first heard ‘Brand New’ and I have to say I never bought a Corrs album, no disrespect intended whatsoever. As a female singer and musician, someone like Regina Spektor was inspiring.

As another curly-haired daughter of immigrants who plays piano, I relate to someone more unconventional like her. Arcade Fire is another band for the way they blend orchestral grandeur with folk and rock. I also relate to autobiographical lyricists - from Lennon to Billie Joe Armstrong. A song like ‘Longview’ is a hoot but it comes from a very real place of being bored and wasted. That got me thinking - why not write about that stuff?

Why the name ‘Lexytron’?
Roxy Music have a song called ‘Ladytron’ and of course there is the band Ladytron. My name is Lexy and I like the connotations associated with a rich indie/art rock lineage which covers both past and present! A bit like my music taste!

How would you describe your style?
Playful, purposeful pop music with quirky lyrics and an alternative girl spin on the subjects we all want to talk about like lust, love and loss with a spatter of rejection and isolation thrown in for good measure.

If you could collaborate with any living artist, who would it be?
If absolutely anybody, I would easily say Paul McCartney because which Beatle maniac wouldn’t want to work with arguably the greatest living songwriter? Since that feels like a cop out, Rostam Batmanglij might be interesting because of the way he mixes his classical sensibilities with indie pop. Plus, his mother is a very famous Persian chef whose cookbook was a bit of a Bible for me when I was trying to recreate the food I grew up on (my mum is Persian) so I might get some glorious meals thrown in! 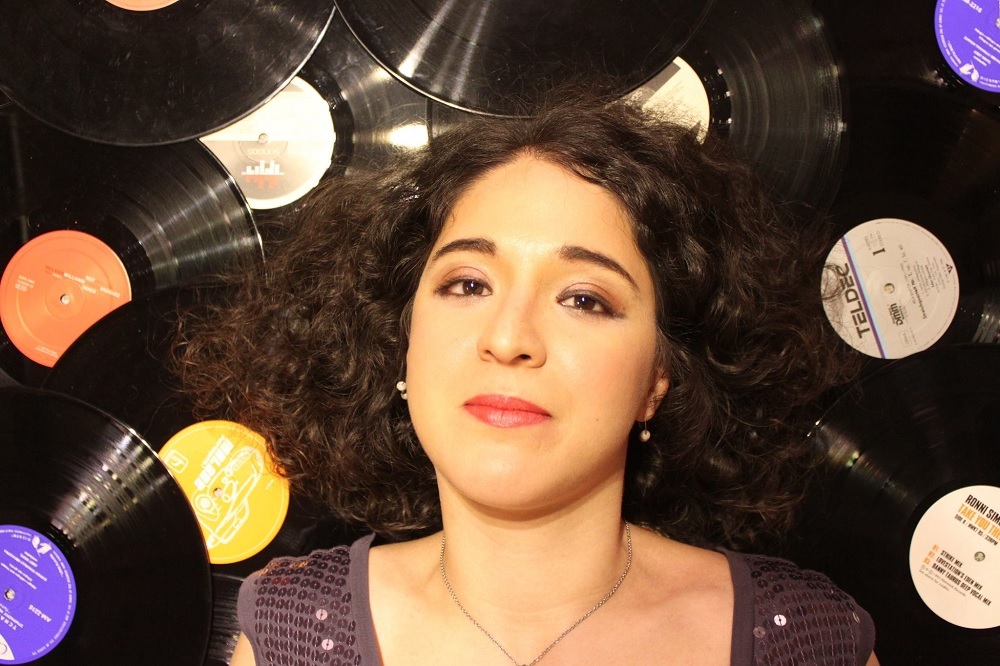 Tell us about your latest single ‘Brand New’. What’s it about?
That would be telling! Broadly speaking, it is about new discoveries and new beginnings. “And I fell into the ocean, and I stumbled ‘cross a mermaid” are the first lines and I did not literally fall into the ocean and stumble upon Darryl Hannah and Tom Hanks in their Splash characters!

Another reviewer (Hans from Here Comes The Flood, another top music blog) described it as being about the memories of falling in love but that it “was no bed of roses”, and I really liked that description.

When did you write it and where did you record it?
The chords and lyrics - a long time ago when I upped sticks and moved somewhere new. I was always fond of it. However, recording and releasing this album came about because Mike, who produced the album, and Marco who mixed it, believed that what I had to say was worth sharing.

We recorded the song in Oregon studios in South East London. Marco then produced a chillout remix which is why the song is a double A side. Its simplicity means you can dress the song up in different ways sonically speaking. I owe both Ms a lot for enabling me to realise my vision.

How does ‘Brand New’ build on your previous releases?
It’s different in terms of the musical vibe and lyrics. It is more chilled, delicate, reflective and more poetic. You may not have dug the first two songs but you may like this one and vice versa. I’ve had it called ‘Dylanesque’ and also a song that could soundtrack an animated movie.

What are your hopes for ‘Brand New’?
Just that it makes someone somewhere outside of those involved in the album happy. I believe in the old little things cliché - planting some seeds and watching (hopefully) a rose bloom.

‘Brand New’ is taken from your forthcoming album Something Blue. What can you tell us about the album. stylistically?
Something Blue has roaring riffs and distortion in one place but then in another you will find an angelic choral arrangement or a gypsy folk knees-up!

As multifaceted humans, we have different emotions and experiences and so I have tried to reflect that in the tracklist - it’s like the indie girl’s take on the White Album within the confines of a pop record. It fits perfectly on a vinyl!

When’s it out?
A summer release is the plan!

Any forthcoming tour dates?
Yes - I have three gigs coming up in London in March and April. I am hoping to get out and about more as word spreads, particularly in the likes of Manchester, Leeds and Sheffield which are cities that are dear to me.

Finally, if you could wish for one thing to happen for you this year, what would it be?
To build enough of a fanbase to justify me making album number two, which is practically almost written.

Listen to ‘Brand New’ on SoundCloud below. For news and tour dates go to the Lexytron Facebook page.