Aquarian Age is the debut EP from Lexxi Vonne, released on her label Ritual Salvation. Not constrained by one genre, it gives an insight into what this producer can do. We caught up with Lexxi to find out more.

I wanted to put together an EP that would showcase a small section of what I can do alone as well as with other awesome musicians.

First up, tell us about yourself - what got you into music?
I got into music at quite a young age. During my piano recitals I was the only one who would play her own creations at the end of her set. I guess that was around the ages of seven to 10. Fast forward to my teenage years when I decided MCing was a good idea.

I used to write lyrics and MC at my school shows and even in a club called Bojangles in Guildford! (Oh the memories). I went to many studios and realised very soon that the producers were not really interested in my voice. So I managed to get a cracked copy of Logic Platinum and there I was creating my own music from scratch. Not very well might I add, but hey, haha. 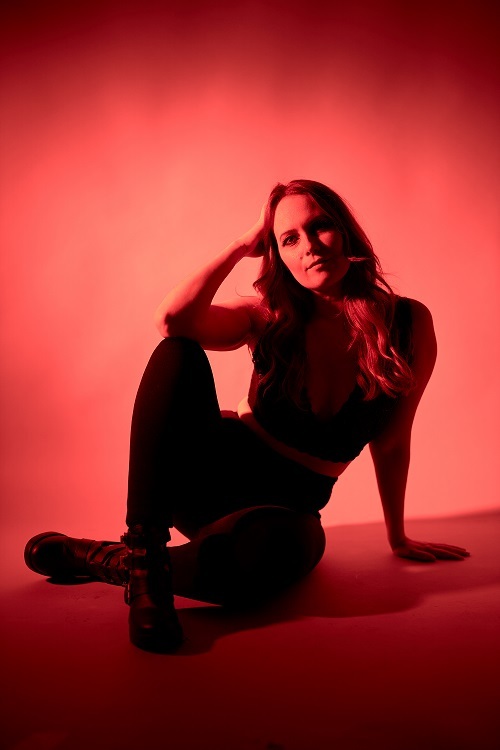 How would you describe your musical style?
This is actually a very hard one to answer. I get compared to so many other old school electronic artists as well as recent Synth Wave stuff and they are all relevant to some extent or to particular songs. But if I had to describe my style then I would say dark, euphoric, upbeat and cinematic.

Were there any particular artists or groups you took inspiration from?
Not really a particular artist. I mean Prodigy, Chicane and drum’n’bass were a huge part of my growing up but then so were Guns & Roses and Metallica, so there is no ‘one directional’ inspiration per say. I think music has come from so many places for me including the 80s, drum’n’bass, garage, house, rock, classical and chillout.

Even when I was DJing full time I could not stick to one style. It could be that I get bored easily or just that I like to fit the right music with my mood at that particular time. This does work very well for DJ gigs I might add as you can have the element of surprise.

What were you doing before making music?
Being born! Haha. To be fair I wanted to be an architect from the age of seven until 17. As I started college, I soon realised (or should I say I was advised by my school principle) that I would be bored in an architect’s office. Day in day out doing the same things. It really hit home and I pretty much pursued music after that. Had my BA in recording arts by the time I was 21 which was a huge difference to having to still be studying architecture until the age of 27.

I tried a few jobs in sales and advertising for magazines but found my way back to music very quickly through my DJing and have been a full time DJ since 2008 and then a fun time DJ and Business owner since 2011. So music has been pretty much it for me!

Why ‘Lexxi Vonne’?
My name was derived from my middle names Alexandra and Yvonne.

If you could collaborate with any living artist, who would it be?
I actually have a tune I created that I think Elton John would be sooo good on. Kinda futuristic 80s with big piano chords in the chorus. Otherwise, I’ll just end up singing the chorus as he would, haha.

Tell us about your debt EP Aquarian Age. What’s the inspiration behind it?
My debut EP was put together from songs that were created through collaborations. The first track, ‘Aquarian Age’ with Sofi Mari, was always supposed to be an inspirational track and she really nailed the brief. It’s about positivity, coming together and beating all odds through unity with Sofi Mari’s soulful voice. The backing has been described as glitchy, Tron:Legacy-esque mixed with tropical house.

‘Learn to Unlearn’ is a remix I did for a band called Barbarella’s Bang Bang and I wanted to show my love of live music while still morphing it into electronic music. I kept the original bass guitar and edited my drums to give a live feel. I then morphed it into electronic music with dark stabs for the groove and even went a bit crazy by adding a trance EDM synth in the chorus.

‘Fluffy Tones’ is pretty much setting a benchmark of the euphoric style I can create. It was a response tune to a much darker breaks track called ‘Forgiveness’ that will be coming out on my next EP. I was told that girls should not make dark music but make them fluffy so my version is euphoric and takes you on a journey.

‘Fruit Punch’ is a collaboration with Aston Harvey from The Freestylers and it is upbeat, fun and tropical. With pianos and a brass section, it is created to make people dance their way out of my EP.

So essentially I wanted to put together an EP that would showcase a small section of what I can do alone as well as with other awesome musicians.

When did you write it and where did you record it?
I wrote these tunes over the last year and recorded them all in my studio apart from Fruit Punch which was started at Aston Harvey’s studio back in 2016 and finished off in mine in recent months. 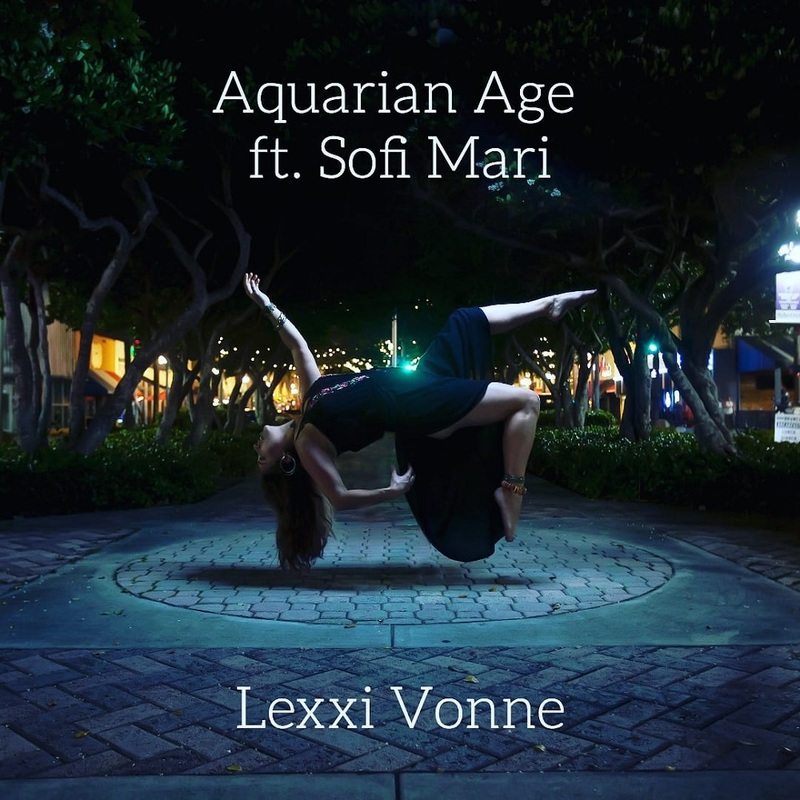 How does your latest release represent your style?
It represent about 10 percent of my style so wait for it as there is a lot more to come! From more dark to more cinematic and even pop and hip hop!

What are your hopes for the release?
I hope that people enjoy it of course! I want to start creating my imprint in the music scene however big or small.

How’s the rest of 2021 looking for you?
2021 is looking at release after release. I have about nine EPs ready so far and it is all systems go. For now they are planned to be put on my label Ritual Salvation Records, however, I would not discount another label picking them up should they want so help unleash my art onto the world.

Finally, if you could go back in time and give yourself one piece of advice, when would it be and what would you say?
In 2018 I would have told myself “buy more Bitcoin!”. Lol.

Watch the video for ‘Aquarian Age’ on YouTube below. For the latest, find Lexxi Vonne at lexxivonne.com or on Facebook.