Brighton singer/songwriter Lauren Alex Hooper has released the final single from her Honest EP, ‘Back to Life’. Written with Scott Colcombe, it was inspired by the moment of overcoming a hard time in her life. We caught up with Lauren to find out more.

The EP has really been about introducing myself as an artist and continuing to talk about mental health through music, which I started doing right from the beginning with my debut single, ‘Invisible’.

First up, tell us about yourself – what got you into music?
I grew up writing and fully intended to write novels but I also really loved singing. At some point, I realised that I could combine the skills: write songs and sing them. I experimented for a while before writing my first full song at sixteen.

I loved the challenge of trying to tell a full, emotive story in such a limited amount of time and words and finding the right space within my voice to express the emotions in the most effective way possible. It’s my favourite kind of rubik’s cube, my favourite way of expressing myself, and the feeling of writing a song I’m proud of is unlike anything else.

Were there any particular bands or artists you took inspiration from?
Wow, there are so many people I could name but I’ll try and stick to the main few. I fell in love with Taylor Swift as soon as I heard her songs; I’ve always loved her storytelling and the way she uses production to bring out the emotions differently on each album.

I’m a huge fan of Sara Bareilles, both in terms of her writing style and her musicality. I’ve definitely learned a lot from learning and playing her songs. I also love Halsey: I love both her concept albums and her more personal songs, the stunning imagery in her songs, and her experimentation with production. 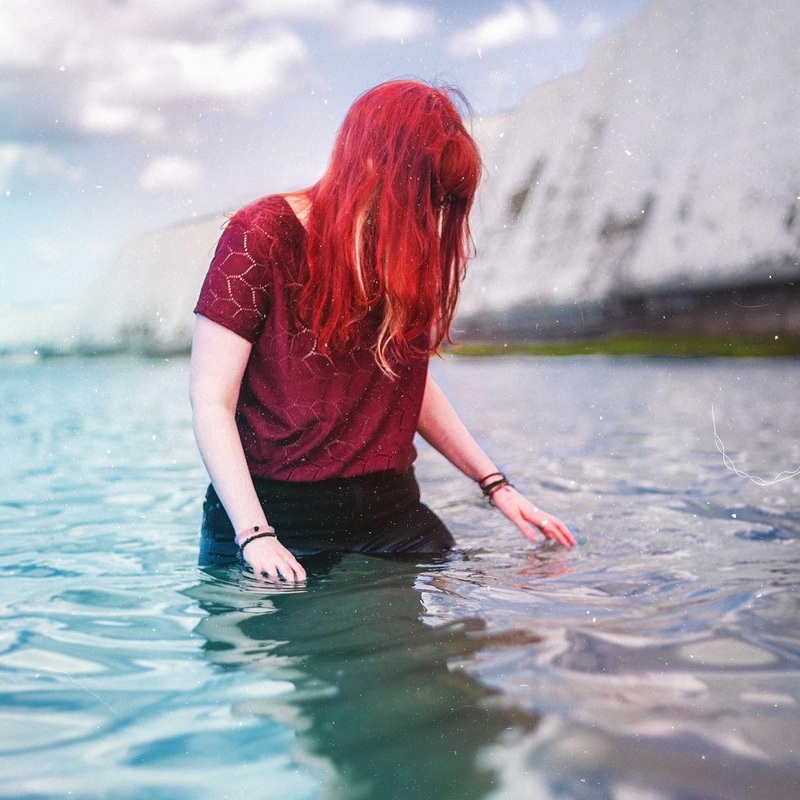 How would you describe your musical style?
I’ve always struggled with this because most of the time, it doesn’t feel like my music fits neatly into any genre. There are elements of singer/songwriter, pop, country… At one of my last gigs before lockdown, the host described me as indie-pop, which is a label I like. So I’m going with that for now.

If you could collaborate with any living artist, who would it be?
This is such a hard question because there are so many artists that I’m such a fan of and would love to learn from, like the three artists I’ve already named. I’d also love to write with Kalie Shorr, a country artist and songwriter in Nashville: she’s an incredible lyricist, her melodies are both beautiful and super catchy, and her approach to production is so interesting and explorative, especially in a genre that can be quite traditional in its sound.

So I’d love that but if I was going for the collaboration that would create the most interesting and different project possible, I think I’d have to pick Lin-Manuel Miranda. I finally saw Hamilton a few weeks ago and having never really listened to music like that, I was completely and utterly blown away. I loved the level of detail in the lyrics, the rhythms, the melodies, and harmonic tricks that only reinforced the emotions and story the song was telling.

But as well as my admiration for the songwriting skill itself, I was just so impressed by the way he was able to tell such a complicated story so cohesively with all of the songs so I think working on something with him would be an amazing experience and would result in something that would never be a part of my repertoire otherwise.

Tell us about your new single ‘Back To Life’. What’s it about?
With the Honest EP telling the story of a chapter in my mental health, ‘Back To Life’ is the upward turn, where things start to feel better. Several years previously, I’d gone through a really hard time when someone very important to me abandoned me when I was at the lowest point I’d ever been. It was very traumatic and seriously affected me – and my mental health in particular – for a long time.

I spent a long time thinking about it and working through it but I really felt like I would never truly get past it. And then, I was driving home from London one night and I suddenly realised that I’d let it go.

I’m still working through the impact it had on my mental health but the experience itself didn’t matter anymore. It was just something that had happened and once I realised that, it was like this huge weight had been lifted and I could move forward with my life unencumbered. It felt like the whole world was opening up in front of me.

When did you write it and where did you record it?
I wrote it in late 2016 with my friend, Scott Colcombe, who is an amazing songwriter. We were coursemates at university so it was a lot of fun and the ideas just flowed really easily.

We wrote the song and recorded a demo at his flat and for a while nothing happened with it. I was busy with university and hadn’t decided on a creative project to pursue. But once I knew I wanted to release it, I spent several sessions with the wonderful producer Lauren Deakin Davies, working on the sound and production and I really loved what we came up with.

Then, once we had mostly finished tracks of each song on the EP, Richard Marc (who has worked with me on all aspects of this project) worked on the production of every track to make sure they sounded cohesive and connected. This was after university had ended and so we worked from his home or mine. In terms of creativity, I think it’s just so great that the technology has evolved to allow us to achieve a lot from wherever we happen to be at the time.

How does ‘Back To Life’ represent you?
The song represents a moment in time, more than it represents me, I think. But then it does represent the moment where I learned a really important lesson: that you can move on from things that deeply hurt you, even when you think you never will. So maybe it represents me in the sense that I’m still learning, that I’m always learning. 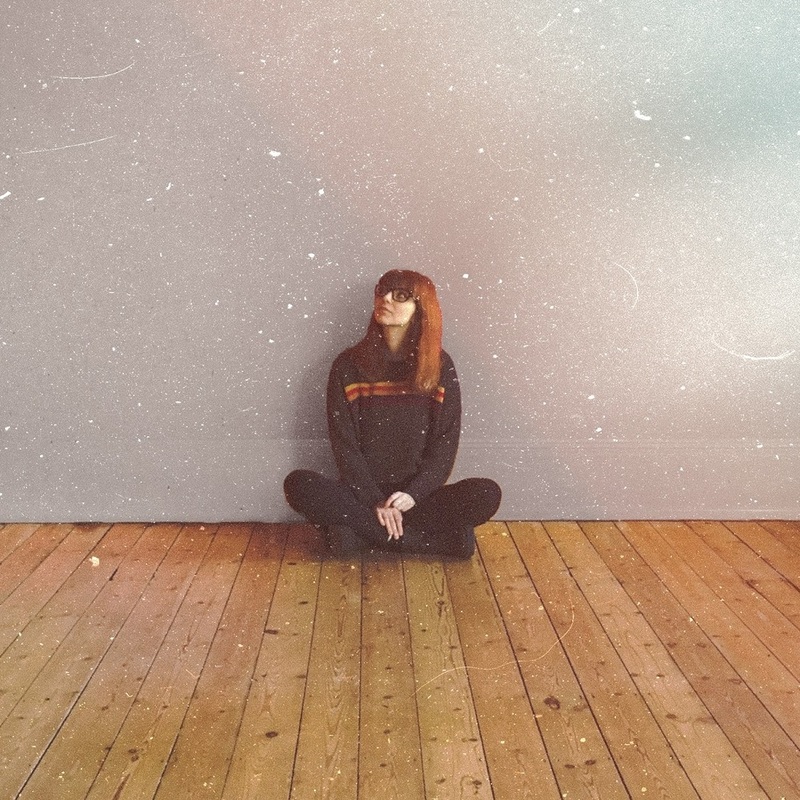 ‘Back To Life’ is from your EP Honest; can you talk us through each song?
The first song, ‘Bad Night’, is about a really dark moment in my depression where it felt like things were never going to get better, no matter how hard I tried. The second song, ‘Clarity’, is about always coming back to a bad habit or influence in your life because it makes you feel something, even though you know it’s not good for you.

The third track, ‘Sounds Like Hope’, describes the moment of finally seeing a spark of hope when everything has felt so hopeless and how you have to hang on to it and trust in it, even if you can’t always see it. And now we’re on to ‘Back To Life’. There’s one more single to be released but I don’t want to give anything away about that. I don’t want to spoil the surprise!

What are your hopes for ‘Back to Life’ and the EP?
As a very new, independent artist, I’ve been very careful not to get ahead of myself. The EP has really been about introducing myself as an artist and continuing to talk about mental health through music, which I started doing right from the beginning with my debut single, ‘Invisible’. ‘Back To Life’ is the next chapter of that but with a more positive outlook, giving people the chance to see that I can and love to write happy songs as well.

What else have you got coming up this year?
The ‘Back To Life’ music video will be coming out soon and then there’s the final single of the EP, which I’m really, really excited about. The original plan was to have a show or event to celebrate the completed EP – something I had so many ideas about and was so excited for – but with the pandemic, that plan just isn’t socially responsible. So maybe I’ll do a livestream equivalent or something similar to celebrate. 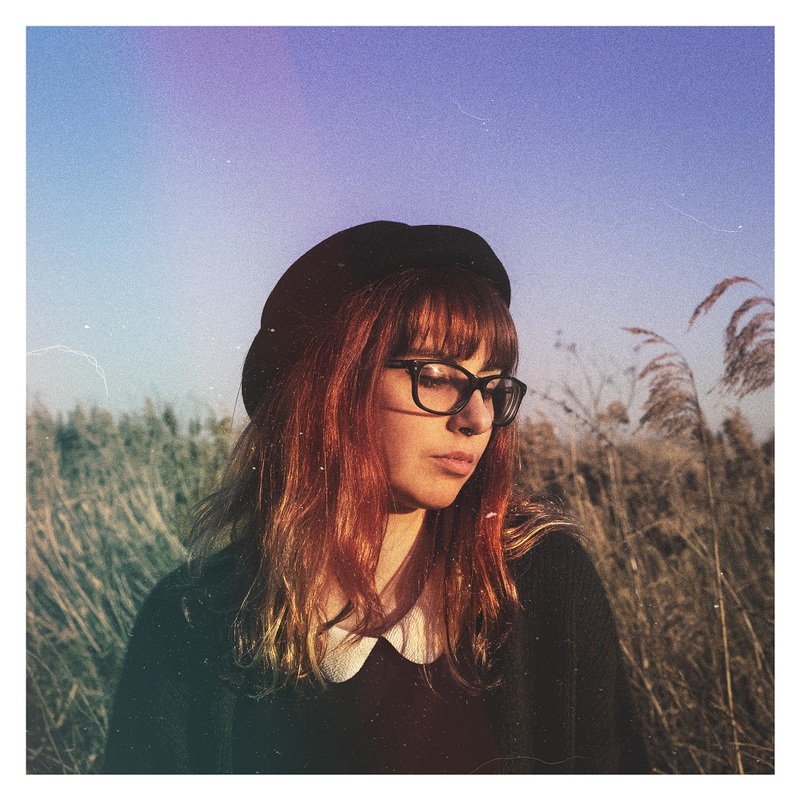 Finally, if you could go back in time and give yourself one piece of advice, when would it be and what would you say?
I can think of a couple of different ideas but songwriting wise, I think I’d go back to 2014 and tell my nineteen year old self to chill out in regards to cowriting, to try and relax and enjoy the experience.

I got so anxious about it and it wasn’t until a couple of years later when it suddenly clicked that I was surrounded by all these amazing songwriters on my university course and how much I wanted to learn from them and write songs together, combining our strengths. Ever since then, I’ve absolutely loved it and I think it’s a shame that I struggled so much over it and lost potential time and opportunities when it didn’t have to be that way.

Listen to Honest on Spotify below. For the latest, head to Lauren Alex Hooper’s Facebook.