Grime MC Laughta has followed up her five-track EP My Terms & Conditions produced by The Heavytrackerz (Stormzy, Ghetts, Lethal Bizzle) with new single ‘Pree My Ting’. We spoke to her about the influence of her Nigerian and Lebanese heritage, working with esteem producers and hopes for the single.

The flows and delivery used in bashment and grime influence my delivery in grime because I like punchy flows and hard deliveries.

Tell us bit about yourself - you were born in Nigeria of Lebanese descent. How did that shape your exposure to music?
Yes I am Lebanese and I was born in Nigeria. I came to England at the age of 7. My diverse cultural experiences have exposed me to different types of music and made me appreciate them all. I love hearing and dancing to Afrobeats which comes from my Nigerian side. I also really love grime with a passion because I grew up in London for my teenage years and grime was part of the culture I grew up in.

I was also really into hip hop growing up. I love Lebanese music, but don’t know enough about it maybe only because I’ve only been to Lebanon twice. I have a lot of Caribbean friends which opened my eyes up to bashment and reggae music. The flows and delivery used in bashment and grime influence my delivery in grime because I like punchy flows and hard deliveries which they have. Grime music itself is where my hunger and fight comes from.

What was the first style or genre of music you really got into?
My first ever style of music was a mixture hip hop and grime. For me I loved how hip hop was universal and the quality was high, from flows, beats, delivery and punch lines.

I liked how hip hop tunes told a story and tapped into my creativity. As for grime I loved the clashes I use to watch like LOTM clashes. I really got into them and loved the battling side of it.

How do you set about writing songs? Is there a common starting point?
For me my music usually comes from experiences I have had or experiences I witnessed other people having, which I find I express better in my music.

Earlier this year you released five-track EP ‘My Terms & Conditions’ produced by The Heavytrackerz. How did that come about?
They invited me into their studio and they played me a lot of beats which I felt straight away. I had a lot on my chest I wanted to get off so I suggested doing an EP which they were open to straight away. Within a week I had written all my songs and recorded them within two weeks.

How were The Heavytrackerz to work with?
They are so nice and welcoming. They really were one of the first people to give me their time. They have a fun side which made me feel comfortable at studio, and I was able to let go of myself and just be me.

Did ‘My Terms & Conditions’ open any doors for you?
Yes, I charted my EP the first week of release and it peaked to number 15 in the iTunes hip hop chart. I really wanted my first EP to chart so that was a massive achievement for me. 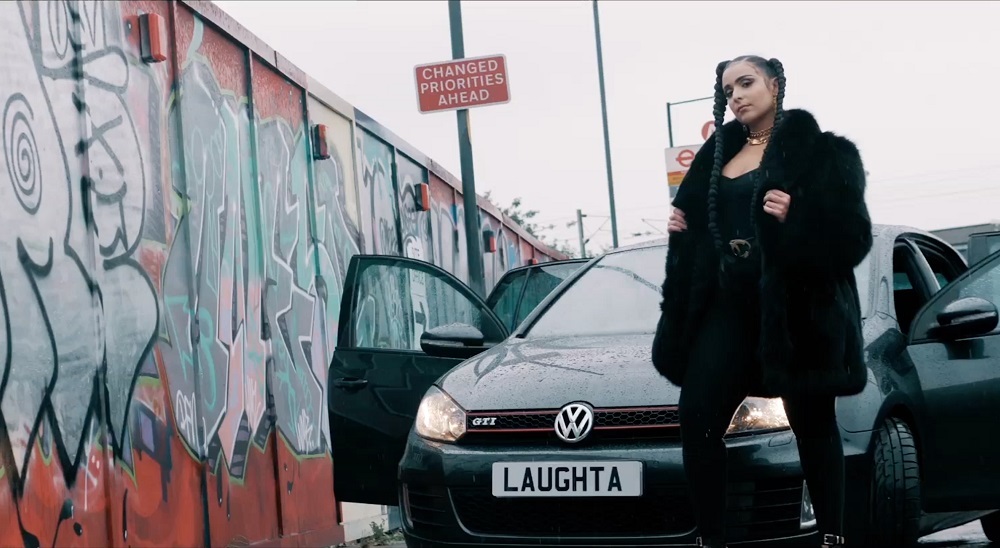 Your latest single is ‘Pree My Ting’. When did you write it and what’s it about?
Earlier this year I met up with Jammer and made the track with him. ‘Pree My Ting’ is about the experiences I have had in the industry, so I just wanted to write a song about what it feels like being an artist in a light-hearted way and have some fun with it.

How does ‘Pree My Ting’ relate to your style?
I wrote all my bars from my heart so it’s real to me.

The single was produced by Jammer. How was it working with him and what did you learn?
It was an amazing experience, he knows so much about grime and it was a natural connection we had. The first time we went in the studio together I did ‘Pree My Ting’.

How’d the video come about?
Me and Jammer came up with the ideas. We wanted to bring elements of comedy into the video and have fun with it.

Where did you film it? Was it as fun to make as it looks?
It was filmed all over Hackney, and yes it was very fun. Loads of people came down to help me out on the day even though it was raining, but it was proper jokes with all the characters and props.

What are your hopes for ‘Pree My Ting’?
I would be grateful whatever the outcome. I’m just really enjoying making music at the minute, and I’m having the best time.

When can we see you live this year?
I will be putting on my own show case on in October and I will be doing other shows later in the year too. I have always put on my own events, one named ‘Female Hype’ which I use to do to empower females so I have had pretty much the whole of the current female rappers on my previous events.

Finally, if you could go back in time and give yourself one piece of advice, when would you go back to and what would you say?
Mmmm… I don’t regret anything I think you learn from all your mistakes.

Watch the video for ‘Pree My Ting’ on YouTube below. For the latest Laughta news and tour dates go to the Laughta Facebook page.